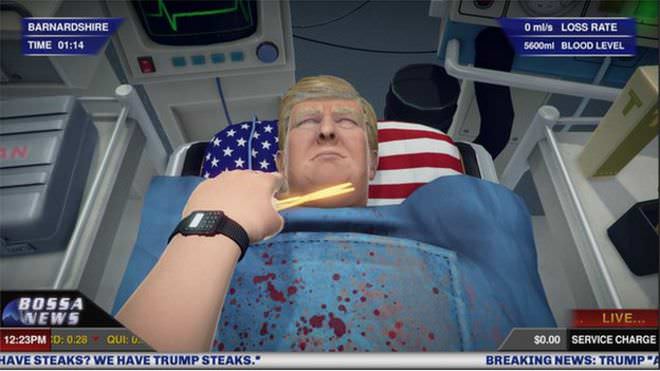 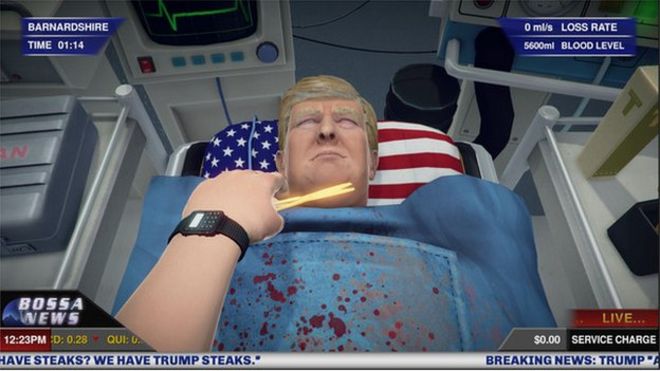 Have you been following the US Presidential Elections? Are you like a lot of the world fed up of listening to Trump? Well a game now allows you to perform heart surgery on Donald Trump and decide whether he has a heart of stone or gold!

The update to Surgeon Simulator by the British Bossa Studios was released on Steam on Thursday. The aim is to successfully perform a heart transplant on the Republican nominee. Players can also apply makeup, or add some Trump vodka, or Trump steak during the procedure. 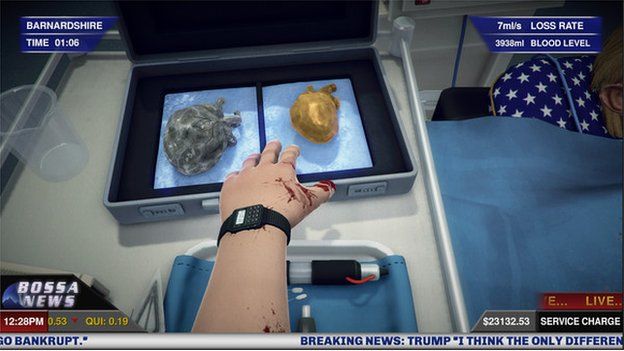 Richard Earl from Bossa Studios said that game was designed to allow their fans to express their views on the opinionated politican:

“Since our initial launch of Surgeon Simulator in 2013, this Donald Trump update has been our most popular so far.”

It’s not the first time that game designers have been inspired by the Republican nominee. In February, a Swedish advertising agency called Animal released TrumpDonald.org where visitors to the site could blow Donald Trump’s hair off with a trumpet. Four months later more than 124 million ‘Trumps’ have been blown.