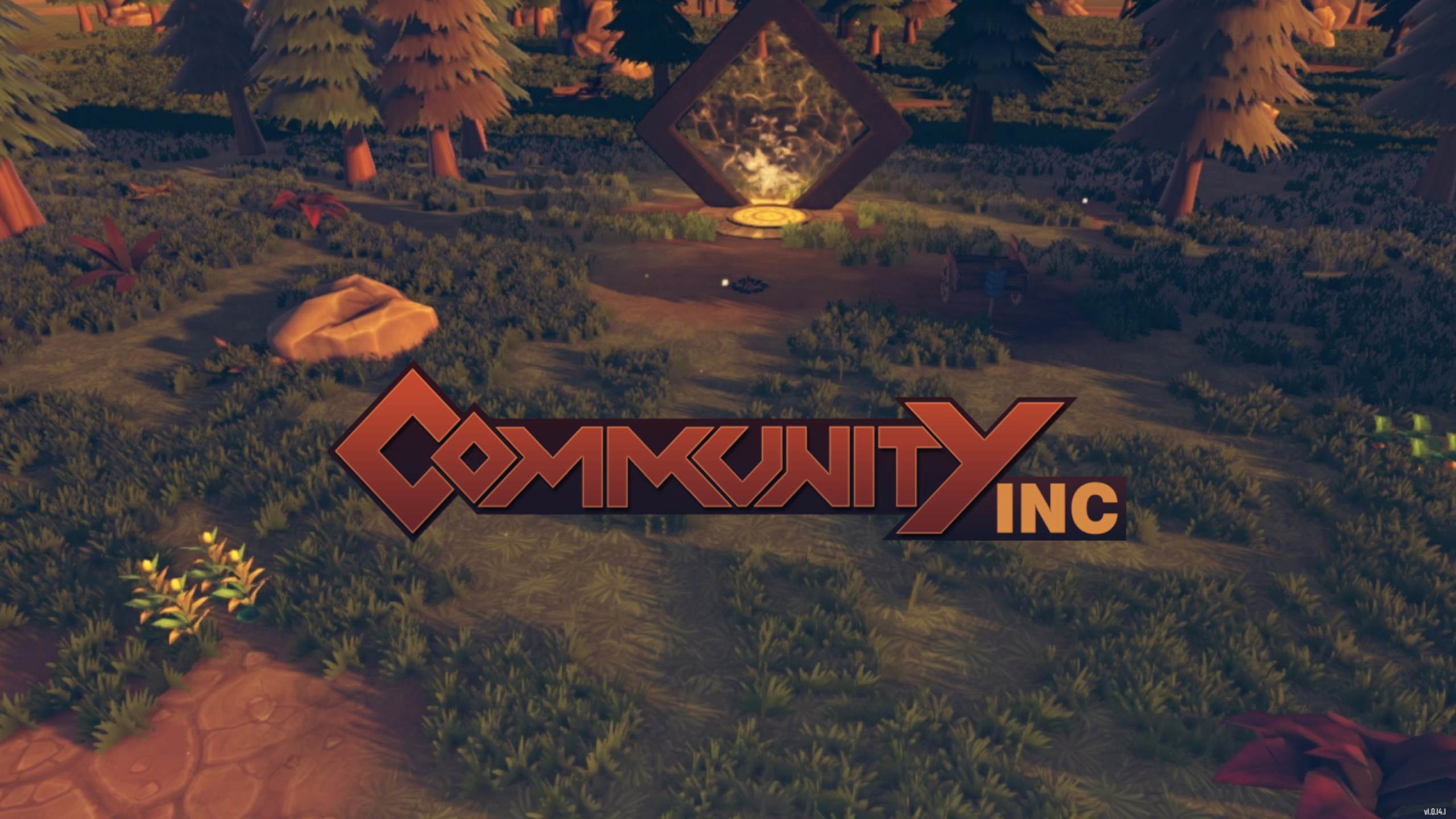 Community Inc. is a real-time strategy game, focused around expanding and securing your company’s place in a harsh and challenging land, in the same vein as Civilisation series but on a much smaller scale.

There are a variety of different races and resources to collect and use to build anything and everything from basic houses and wells, to magical swords and potions, depending on how well you can progress. Developed by T4 Interactive, Community Inc. is a game about survival, expansion and, most of all, community, surviving, thriving and all the things in between. 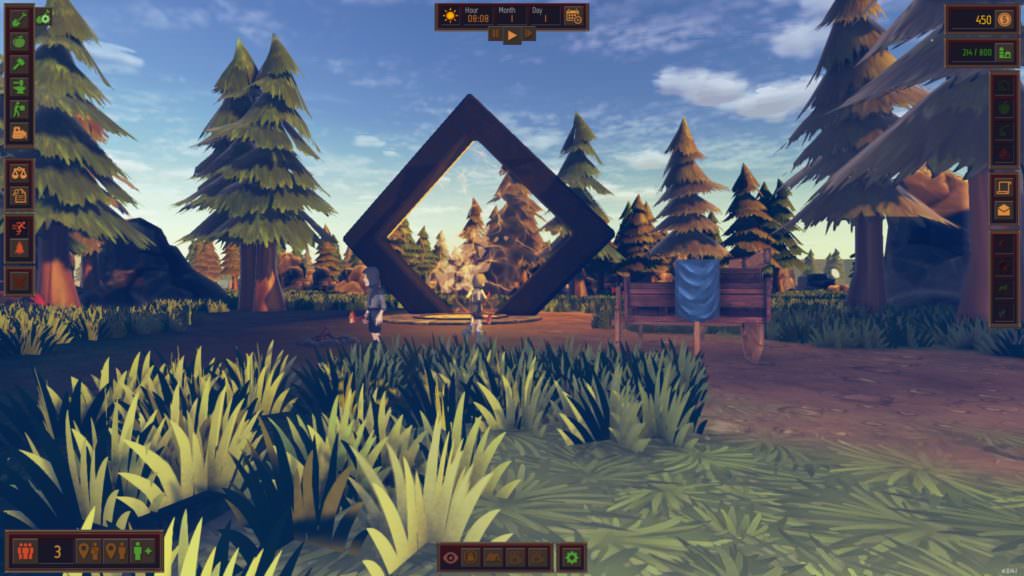 These are the basic Lings that you can hire at the beginning.

Starting off with a relatively small budget, the game begins when you hire some Ling’s, the game’s term for the humans that populate and serve your company and community, taking some money out of the relatively small budget that you begin the game with. From there, you can assign them some jobs with some of the tools that the game starts you off with, such as a pickaxe for miners and a sword for guards. Then, the resource gathering begins, like the beginning of most rts games, resource gathering and the progression of several skills and specialties is the name of the early game, with things like basic houses and basically anything and everything else requiring some crafting of new tools and the assignment of new classes for some more skilled Lings.

Throughout this resource gathering phase of the game, you will eventually meet some of the game’s many other companies (all divided between the different races so the distinction is arbitrary) as they send envoys to come trade if you manage to build a shop or just kinda wander through if you don’t.

Before building a shop however, you will likely have to fulfil some of the contracts that the various races of the game will offer you. These contracts are usually pretty simple affairs, something along the lines of build 10 chairs, with the right resources it is simply a matter of the correct crafting order to get the right amount of whatever item that they are looking for to fulfil the contract. Fulfilling these contracts will always cause whatever enemy that race has to automatically dislike you more, no matter what the contract or your relationship with them. While these relationships are important, they are nowhere near as important as the contracts and the money they provide for your community is, making diplomacy all but useless.

While there does not appear to be many items and buildings to craft and build from the beginning, there is a steep difficulty curve into learning your way through the obtuse menus and systems to figure out how to build anything past an axe. While there are tutorials, they were entirely unsatisfactory for explaining the different requirements of the different buildings and classes. For example, a basic house requires wood plates, stone blocks, plant fibre, all easily craftable from the beginning and roof tiles, something that needs a sculptor’s workbench, which requires a sculptor to make, which requires a sculpting tool, which requires a levelled up builder.

None of this information was conveyed in an intuitive way, such as the research tree in Civilisation games, where you can see exactly why and where you are going wrong, instead, this was discovered by pouring through every option in the menus and carefully reading every bit of text that was there.

This lack of clear design permeates a lot of the game’s systems, as this reviewer found out when his first run through the game ended in the entire population of the community and company killing themselves, one by one, at almost the exact same time. Unless this was intended to be some stark and depressing commentary on the evils of rampant capitalism and the damaging toll the machine takes on its cogs, something had gone seriously wrong. Starting a new game and delving into the menus again lead to the conclusion that what had happened is that everyone got too sad and too tired because they didn’t have beds and they didn’t have anything to do in their spare time to cheer them up. 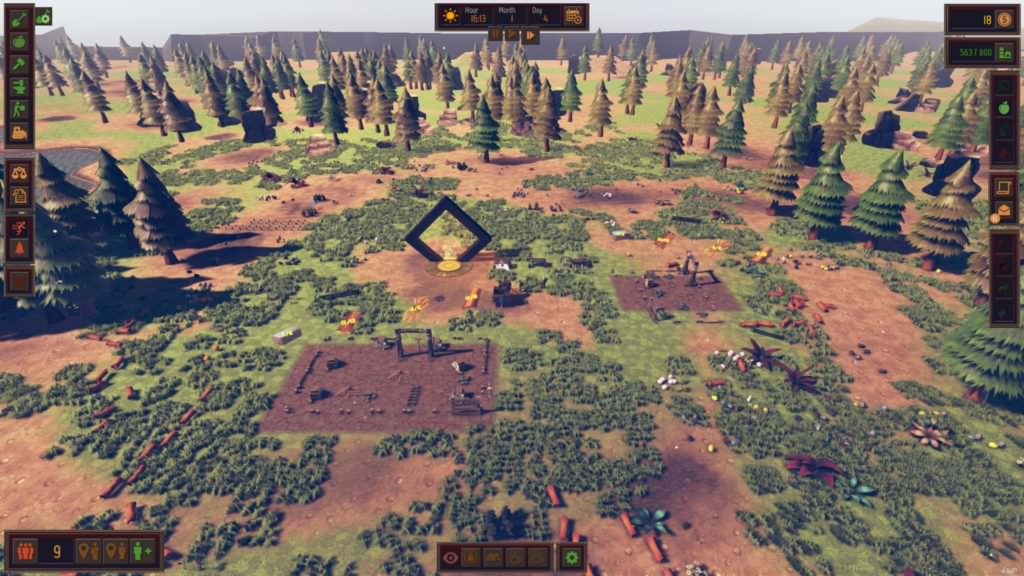 Unreactive Play In A Game That Needs It

The problem is, with the relentless amount of crafting that this game requires, nothing can be done quickly, at least not by a new player, so every problem has to be anticipated, not reacted to. Something that leads to a lot of frustration when the reason that everyone in my community dies is because I forgot to build a well and the damn builders won’t get off their lazy asses to build one while meteors rain down from the sky and burns everyone and everything to the ground.

This is all before you manage to evade all of these obstacles and a enemy company attacks you from a community that you can’t see or reach and, again, wipes out the company and everyone in it.

That’s not to say that the game is all bad, however, the graphics in particular are really, pleasant. That may not sound particularly groundbreaking but the style and the detail perfectly coalesce to provide a far more pleasant experience than this game would have ultimately provided otherwise. The music as well, has a sort of Minecraft quality to it, something that emphasises the isolated rural life that you lead while making you feel somewhat lonely.

Unfortunately, Community Inc. was an ambitious effort that failed to hit the mark. Unlike the Lings you control, the game just didn’t work. Community Inc. has the paradoxical problem of not explaining enough and throwing too much information at you, all at the same time.

However, when the game works, it made me long for the game that this could have been if it had been intuitively designed, so while Community Inc. may not be a good game, T4Interactive is a company that is worth watching in the future.