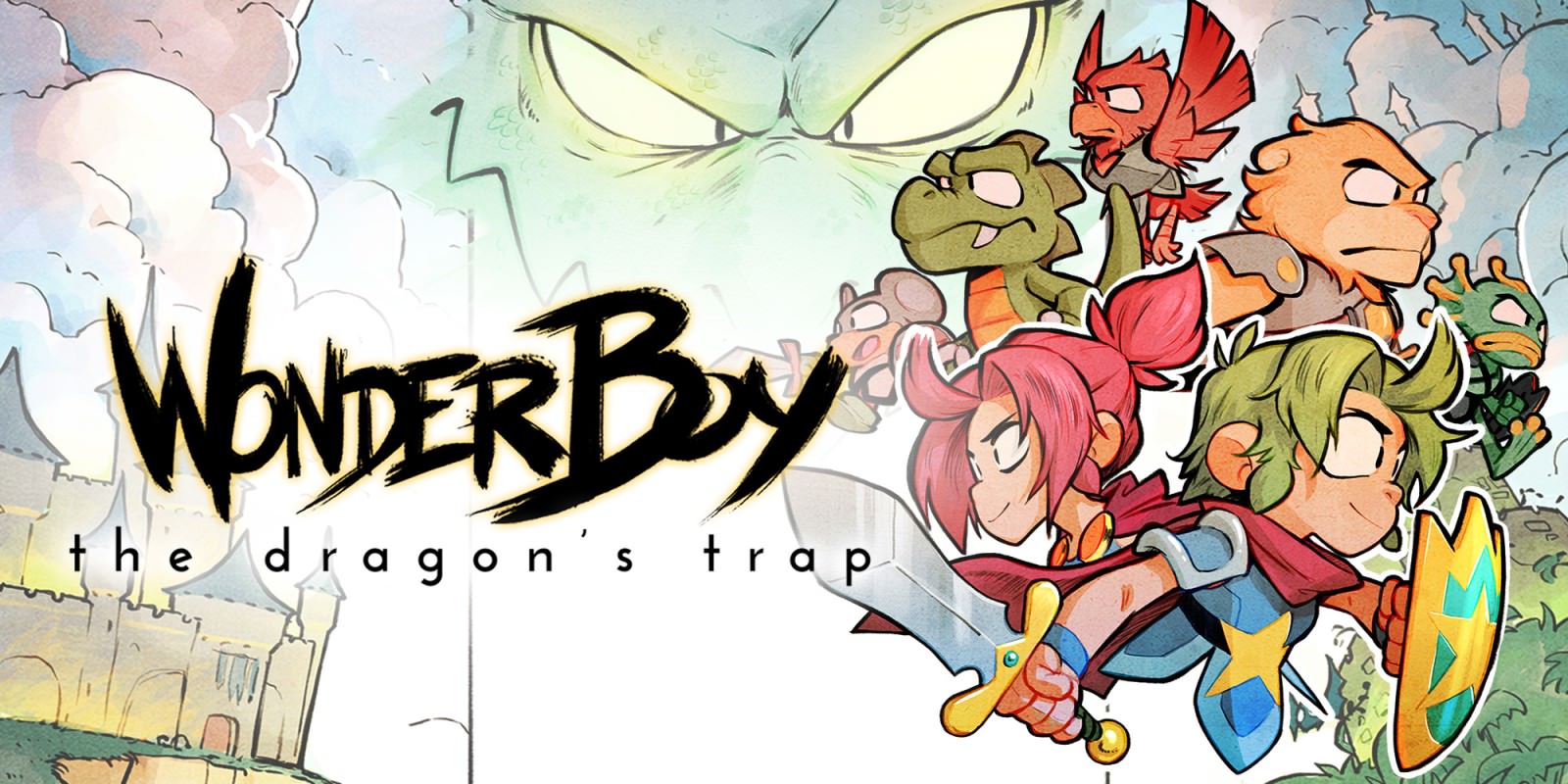 Regarding the unboxing of Headup Games Wonder Boy: The Dragon’s Trap: this writer decided to record his first unboxing without playing the title first in order to neutrally assess the cool swag hidden within. My apologies or incorrect terminology for characters and lore, one was a Wonder Boy n00b!

Some of my lucky readers will remember the joys of the Wonder Boy series which resided on Sega’s Master System and Mega Drive (Genesis). The series was often renamed (along with the protagonist) Monster World and more frequently ported to later systems.

Developer Lizardcube and Publisher DotEmu decided to bring back Wonder Boy in a beautifully realized hand drawn world, but not as an original title. Wonder Boy: The Dragon Trap is a remake of Wonder Boy III: The Dragon’s Trap. A remake which is faithful in its execution and is a fine example of how well retro platforming still works today. 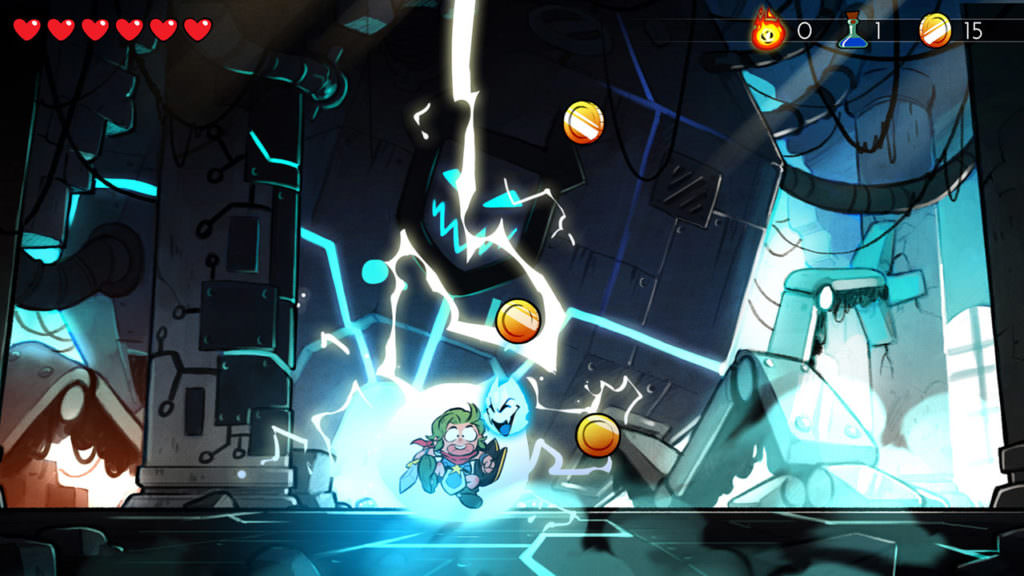 Much like 343 Industries efforts with Halo:CE and Halo 2 anniversaries, this edition of the Dragons Trap features a retro/ HD Switch function which comes in wonderfully handy for the fanboys and girls and performs with lightning efficiency. The main “Draw” with this title for me is the creativity and mark that Lizardcube packed into the artwork, Wonder Boy consistently runs at a very smooth framerate with no noticeable holes in animation cycles for characters and environments. With ambitious titles such as this, players can always notice the odd animation jerk when they change direction or jump mid-run. No such bugs were on display during this review play through.

The best part of the soundtrack is its synergy with the overhaul of Wonder Boy III, it all just snaps together like a heavenly Lego set

This games reviewer soon got the taste of nostalgia fizzing away on his taste buds, the learning curve as with most retro platformers can be a challenge but is mastered within the first hour of gameplay. Each hit and jump does require a certain amount of built up muscle memory and timing, certainly as the game progresses and players are introduced to one of Wonder boys six curse mutations. One won’t ruin the surprises and core mechanics for each character, that is part of the fun.

Linking into this is the environment, the Monster World. Using a village as a hub, players can explore different zones dependant on the abilities they have at the time. Said abilities are also dependant on what form Wonder Boy has assumed at the time along with various armour, shields and swords players can pick up in game.

The level design is amazingly well thought out, rather than have separate worlds for different forms the devs have opted in for a multi-functional world

Certain items need to be picked up in the game to progress to new areas, for example, a certain sword is needed to smash through boulders. The charm in Wonder Boy is also credited to its many secret areas in the game, and it’s simply platforming at its best.

Invisible doors in the middle of the air waiting to be discovered by chance, it’s the stuff old farts such as yours truly used to buy games magazines for or what school ground rumours were based on. This is also where players can pick up heart containers to naturally increase the amount of life the player has, one thing this writer will say is find as many of these as possible as the difficulty level spikes around halfway through. 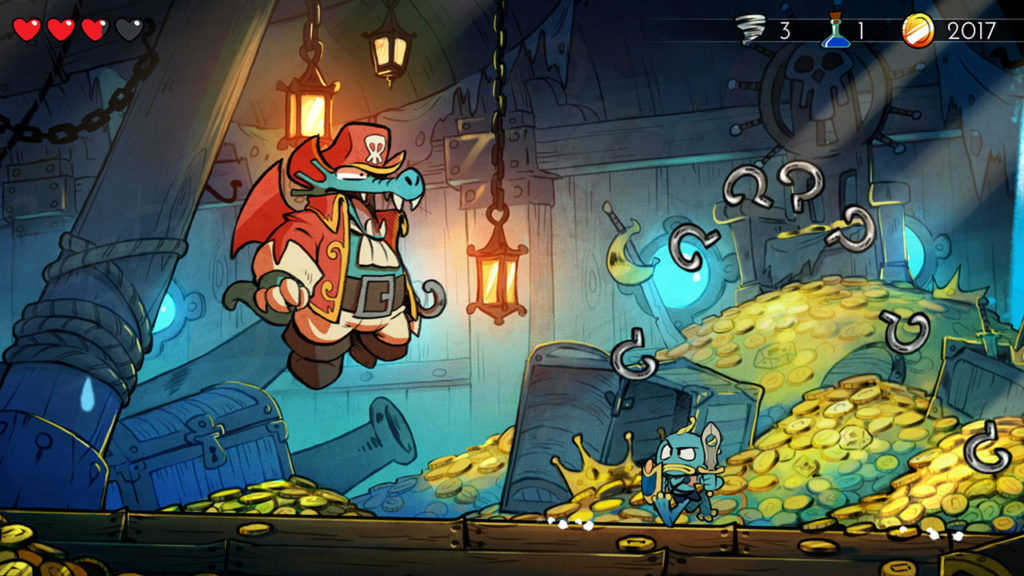 Enemies are handily colour coded in order of difficulty so players know what mess they are getting themselves into, and this Is also a great indicator of what levels zones players should tackle at a given point. Sometimes it’s worth the nerve-racking grind to get through a difficult area for a special weapon, but most of the time it’s best just to come back when players bulk themselves out a bit more! There are 3 overall difficulty settings for players to bash out, although one will say the normal mode of the game is already quite challenging.

The controls in game are tight and ripped straight from the original game, again there Is a reason why platformers such as Wonder Boy retain their reputation as solid titles even today. The level design is amazingly well thought out, rather than have separate worlds for different forms the devs have opted in for a multifunctional world. The bonus of this is guaranteed replay value and finding even more secrets which can be reached only by a specific cursed form of Wonder Boy. 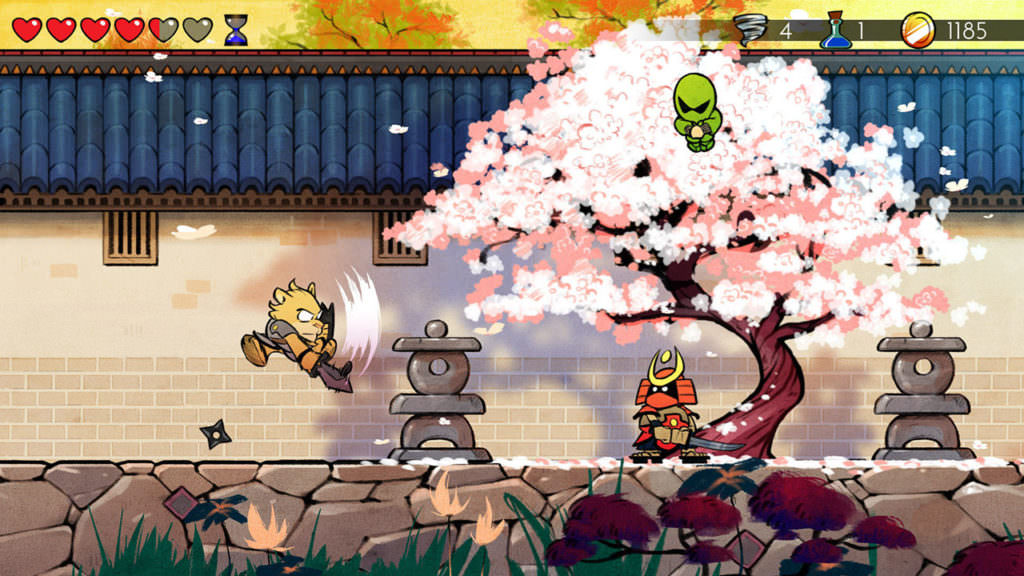 Yet another stand-out feature of this amazing face-lift is the soundtrack, the Pyramids theme has been stuck in my head for a past couple of days. When switching to the 8-bit original mode the soundtrack switches to the games original bit chip OST which is great If you are a long-time fan. If one is being honest with his readers, I am in the modern setting 100% of the time as it’s all so beautiful. The OST has been reworked and orchestrated to a standard that’s faithful but also delivers a fresh and upbeat product for newcomers such as myself. The best part of the soundtrack is its synergy with the overhaul of Wonder Boy III, it all just snaps together like a heavenly Lego set.