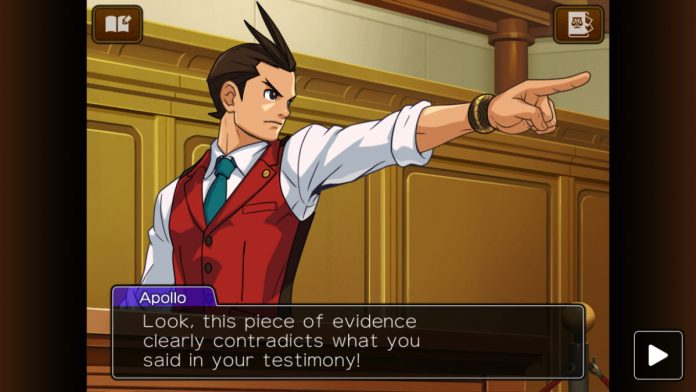 The fourth main series Ace Attorney game, Apollo Justice, will be added to the Nintendo 3DS eShop this upcoming November according to a blog post from Capcom. An exact release date is not yet known, but we do know that it’ll cost $20 USD. Like the Ace Attorney Trilogy that was added to the eShop in 2014, the graphics will be updated and the player can choose between playing the English and Japanese version of the game.

With the addition of Apollo Justice, the only Ace Attorney game that won’t be available digitally (and was released in English) is Ace Attorney Investigations, which came out in 2009. Its sequel, however, is one of the 2 Ace Attorney games (alongside The Great Ace Attorney) that has yet to see an official English localization, and likely never will given how long it’s already been out in Japan.

Apollo Justice is the introductory game for fledgling attorney Apollo Justice who later works alongside Phoenix Wright in Ace Attorney Dual Destinies and Spirit of Justice. The Dark Age of the Law is in full swing as a highly controversial case causes Ace Attorney’s beloved protagonist Phoenix Wright to be disbarred. When a new attorney that reminds Phoenix a lot of himself successfully defends him when he’s framed for murder, Phoenix decides to act as a mentor for this loud attorney, Apollo Justice.