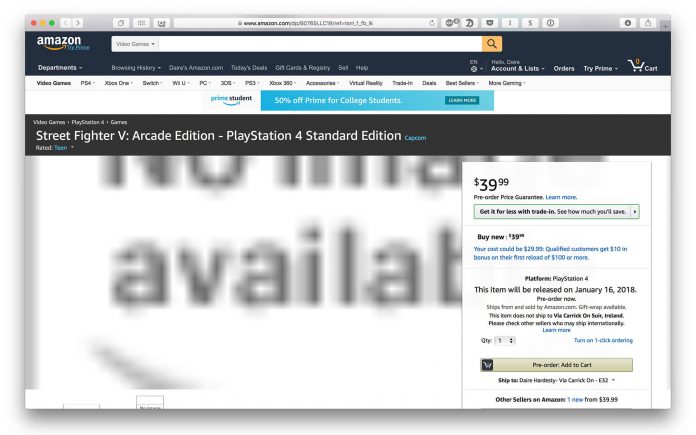 Street Fighter V: Arcade Edition details have been leaked by Amazon on their US site. Capcom re-released Street Fighter IV as an arcade edition back in 2011 so this seems to be an ongoing trend.

The official product description below along with the different game modes that the game will have.

All of the post launch gameplay content, such as the DLC characters in Street Fighter V, is earnable completely free of charge through completing various in-game challenges and receiving earned in-game currency, called fight money. For those who just can’t wait to unlock each piece of new content, content can also be obtained instantly using purchased in-game currency.

Will you be buying Street Fighter V: Arcade Edition on release? Let us know in the comments!