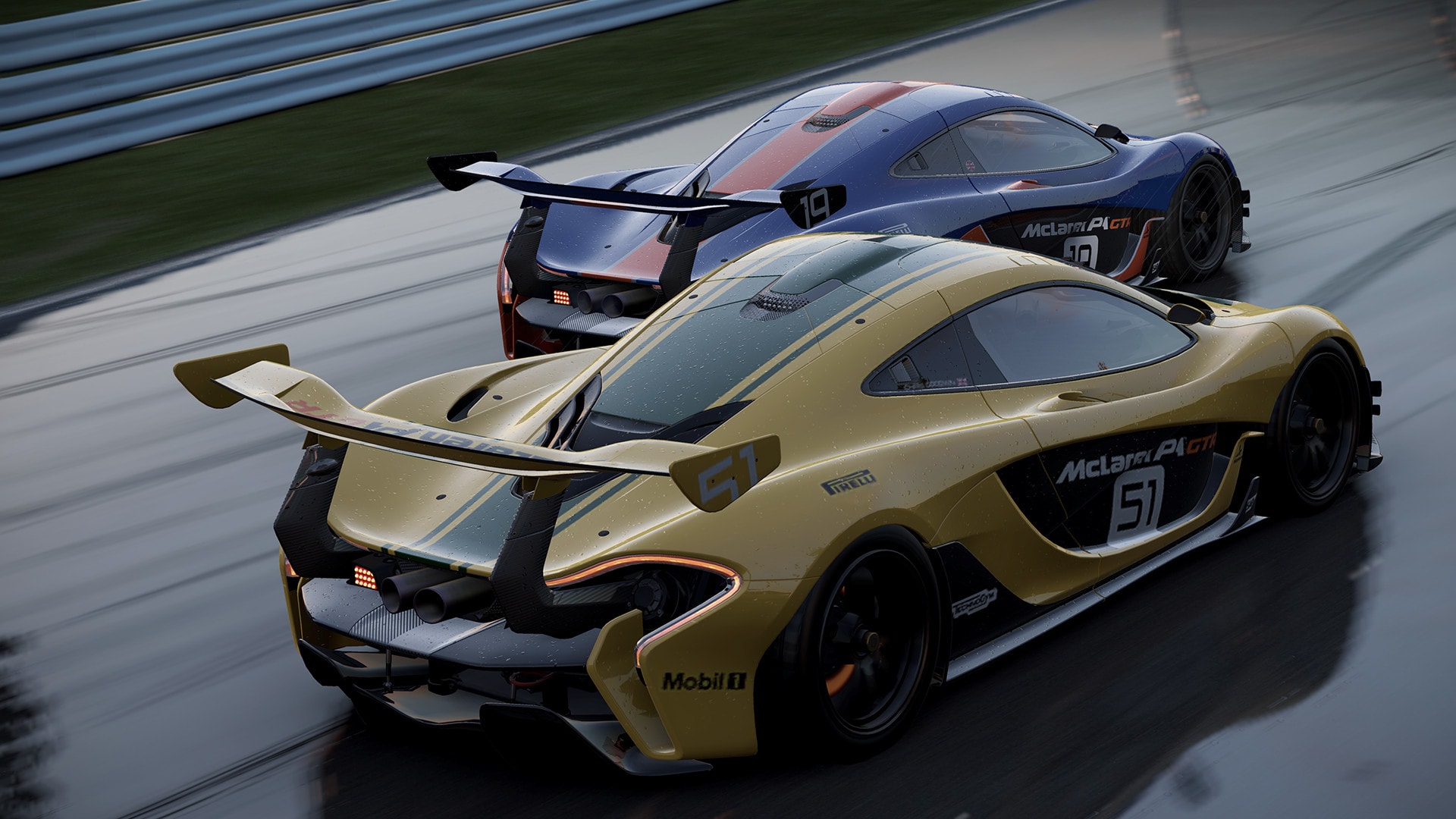 Project CARS was a fine game. Racing fans and the more dextrous petrolheads basked in the exacting controls but it didn’t sell all that well. Some speculated that this was purely due to those same exacting controls leading to many unintentional donuts.

With far fewer assists for a player to utilise than its peers Forza or Gran Turismo, Project CARS was apparently a bit like Dark Souls in a car. Nandai Bamco are allegedly huge fans of making money and have attempted to balance this with their love of torturing mediocre gamers with Project CARS 2.

Project CARS 2 is mechanically quite different to its predecessor. It is a bit easier overall but how the tyres interact with different track moisture levels adds more variety to the races and an added hazard to players playing with more realistic settings.

Player assists are now more invasive. The game often wrestles the controls from a player’s hands to lock hard and avoid careening into the back of the AI. However, more often than not, a better player will find the assists denying them passing opportunities or even ceding race positions. Most players will probably turn the assists off and keep ABS, stability and traction controls.

A Rallycross mode has been added, possibly just to show off the improved drift mechanics. The original PC made it difficult to effectively drift in most machines while a little slip in the diff can be effective in Project CARS 2 in many situations. A player will still need to turn off traction control and possess actual talent to use the mechanic rather than simply tapping a ‘handbrake’ button.

The weather system competes directly with Forza Motorsport this year. Microsoft and Turn 10 have exploited weather effects mainly to enhance visuals. Project CARS 2 goes for a more realistic approach with changing weather drastically affecting any race. The difference between a dry, patchy or saturated track is vast – just like real life. All the tuning work you put in pre-race is washed away when the heavens open and calling a pre-planned pit-spot is usually the only solution.

The core single-player mode structure of PC2 is similar to its earlier model; race anything you like, anywhere you like in free play or tackle a stratified but multi-route career phase. However, there is far more variety here. Players can now start in three different categories rather than spending two hours in a kart followed by another two in a larger kart. The top of the career now has five categories and much more variety in the classes thanks to better licensing. No longer are you the only car in the line-up that isn’t named ‘PES United’ or ‘Wondengine Town’ as happened quite often in PC1.

With just over 180 cars across the 31 categories, there is just enough variety to carry the ‘all-encompassing’ illusion offered by Project CARS 2. 46 locations with 121 track locations lends superb variety to the tour through the ranks.

The game doesn’t really have any unlockables or rubbish to grind CR for – you only ‘git gud’ and rely on the satisfaction of proceeding through a tough career. There isn’t really a Skinner box to feed players serotonin like a laboratory rodent – players make themselves happy by ‘gitting gud’.

Like any racing game, the online community is horrible as human beings are lazy and ineffective at learning new skills. Project CARS 2 provides an online grading system to keep the talented and honorable racing amongst themselves. However, it takes too many races for the servers to see what a gentleman/woman you are on the track. Like Forza, racing people you know, therefore can shout at or excommunicate, is the safer other option.

Project CARS 2 runs smoothly on Xbox One, looking sharp and detailed with some eye-pleasing visual effects. Which you can switch off as soon as it costs you a millisecond in qualifying.

What Project CARS 2 has done to the game’s balance deserves huge praise. It’s welcoming to n00bs but punishes those unwilling to move out of their comfort zone with eventually unhelpful assists. The game is more forgiving of blatant n00bery but gently coerces a player to upskill. The weather and track conditions are unavoidable game changers that the game forces a player to deal with.

The variety in track location in Project Cars 2 is superb in immersing the player in the popular sport’s race to the top of the various formulae. Driving a Formula Rookie car around the mid-tier track, watched by sparse but passionate crowds standing in a corrugated shed-style stand adorned with advertisements for local businesses has a charm that no other game currently possesses. It makes a player hungry for the Imolas of this world and reminds us of how steep the pyramid really is. 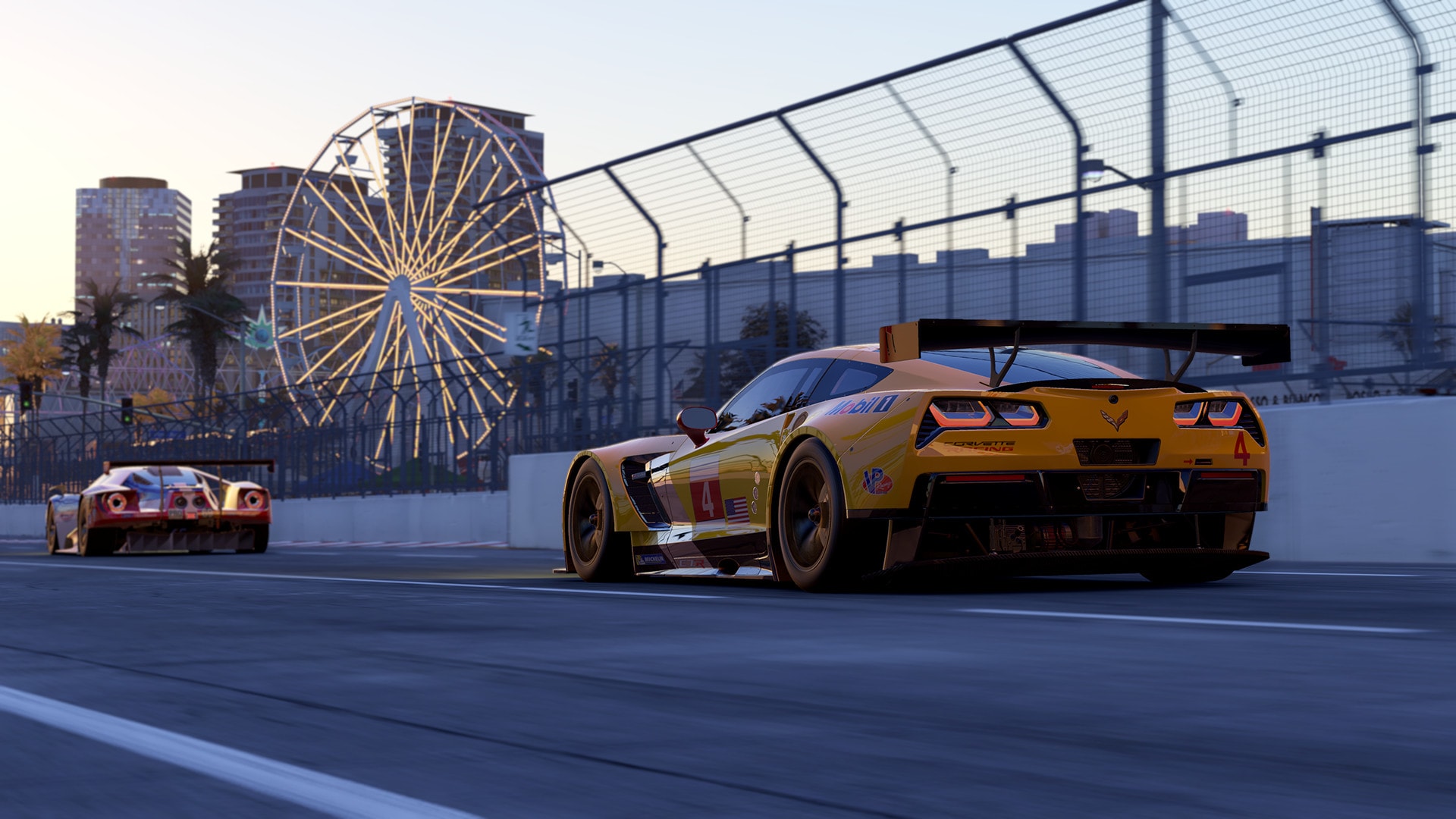 Forza Motorsport 7 might offer more cars, better visuals and slightly greater number of tracks (albeit in fewer locations) but Project Cars 2 is a more satisfying drive for the more patient drivers out there.