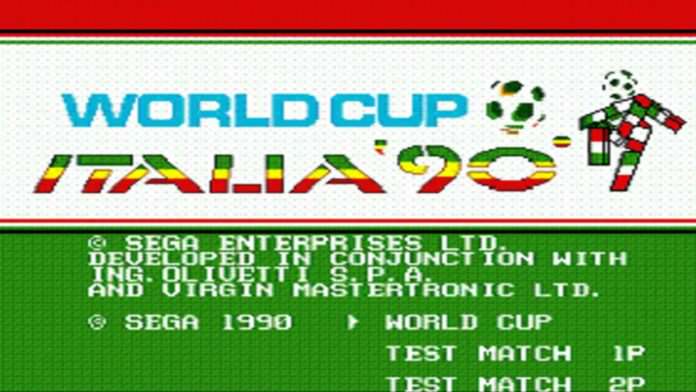 With the disappointing FIFA World Cup 2018 DLC in the rear-view mirror and the tournament itself still in front of us, EliteGamer.com takes you back to when we had it so much better and so much worse.

Licensed games have a habit of being average, forgettable titles curtailed by the expense of their origins. World Cup and UEFA titles are no different with the majority sinking into the oblivion of the middle-ground. On the echo-chamber of the internet, only the best and worst are remembered.

There were two licensed titles for ‘le Coupe du Monde’ ’98 and we have taken the better one. Sure, World Cup ’98 introduced in-game formation changes and classic finals games along with the official tournament squads, groups and stadia but FIFA ’98: RtWC was a classic.

The first FIFA game to be worth playing after trying ISS, FIFA ’98 had everything that modern gamers expect from the series. Licensed music, tons of real teams and players and an attention to detail that we take for granted now. The intro was actually watchable with ‘Song 2’ by Blur Woo-hooing from your bedroom telly. The Crystal Method rounded off the menu music.

As a World Cup title, FIFA ’98 was unique in that it featured every single entrant to the qualifiers. Over 200 national teams could be taken through a rule-perfect version of their respective qualifying competition. Players could take Tonga through the OFC or San Marino in through UEFA qualifiers, all the way to the finals – an experience that has yet to be replicated since.

For many Europeans, this was the first association football game they had sampled on Mega Drive. It left a sour taste…

The top-down view was ugly, lacking in detail and restricted the visibility in a game where long punts of the ball were the only way to score. Italia’ 90 did at least do a decent job at capturing the tedious route-one football that made up most of the 1990 FIFA World Cup.

Everything about the game screamed ‘rush-job’. The bizarrely bouncy salsa soundtrack that restarted every time the ball left the field. The absolutely hideous in-game artwork. The controls. Menus that are genuinely hard to look at.

The game aimed for arcade simplicity with no fouls, no offsides and a minimal set of options but it lacked any flow or urgency – nothing worked bar hoofing the ball. Dribbling was unresponsive, ground passes moved at a snail’s pace and with the camera fixed about 3 metres above the field, passing blindly was the norm.

There was no way to switch players and the goalkeepers were controlled by you, the player. And thanks to the twitchy, broken autoswitch system, a player will be handed the reigns of the keeper just as the ball saunters by into the net.

Scoring a goal, taking a corner or a goal-kick are accompanied by a flow-breaking scene-change with the aforementioned pixel-vomit art in tow.

The very worst crime committed by Italia ’90 was its ubiquitousness in Europe and Brazil (under the title Super Futebol II). You could not find a 3 or 6-in-1 cartridge that wasn’t soiled by Italia ’90.

Someone much funnier and cleverer than I lovingly crafted a new a**ehole for this title before explaining the bizarre hold Italia ’90 had on people of a certain vintage.

In a bizarre move, EA decided to hold back the 2014 tie-in from then-new eighth-generation systems. Citing a lack of PS4/Xbox One uptake in certain regions, 2014 FIFA World Cup Brasil was the definitive seventh-gen FIFA – the last title on the platforms to be dedicated to them instead of produced as an afterthought to the newer machines.

2014 FIFA World Cup Brasil was probably the biggest departure from its parent game of all the World Cup-related reskins that EA have released. The cheese of FIFA 14 was dialled back significantly; crossing was no longer a certain goal and the chipped through-ball needed a lot more skill to manage. These were the two most noticeable changes but little touches like improvements to star-player renders and animations, crowd specific chants, ‘Brasilification’ of menus, stadia etc. all fed into convincing World Cup fantasy. 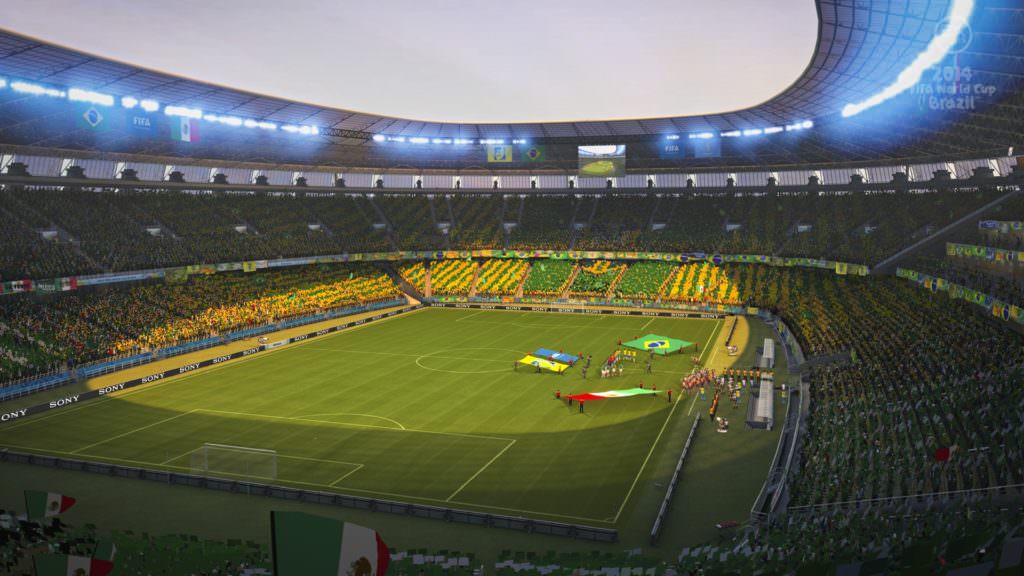 Off the pitch, EA kept it fresh too. Not relying solely on the licensing to keep you playing, the game included an engaging scenario mode. Like ISS‘s scenarios of yore, players were invited to ‘right the wrongs’ of certain World Cup matches. This time, the games were taken from the World Cup as it happened – superb immersion with fresh challenges every day.

While it lacked the longevity of FIFA ’98 or even its parent title, FIFA 14, FIFA World Cup Brasil was a helluva ride for the two-week goalfest and following fortnight of fallowness that was the tournament proper.

It seems unfair to have a go at the very first licensed World Cup game and indeed, the first licensed soccer video game. However, World Cup Carnival is absolutely abysmal. So infamously sh**e that a dry newspaper like the UK Independent can stick it in an online headline and people will know EXACTLY what they are talking about.

Based on an existing game after U.S. Gold ran out of time, WCC lacks any redeeming features. Practically non-existent AI, a number of surefire goal strategies, hilarious spelling errata, a tournament that starts at the quarter finals and a whole host of other deficiencies.

The British public, in particular, did not fall for U.S. Gold’s bait’n’switch. Immediately cottoning on to the rebrand of Artic World Cup, itself a budget title of little quality… from 1984. U.S. Gold priced World Cup Carnival at £9.99, the price of a AAA cassette title on the popular microcomputers of the day and twice the price of the game it was based on.

World Cup Carnival seemed beyond obsolete on-arrival. Far better games existed at the time despite what you may mistakenly think about mid-1980s sports titles. International Soccer on C64 was a simpler game yet it had more challenge than WCC and it was released in 1983. Match Day was two years old by this point and it is still regarded as a central branch in the evolution of sports games, nevermind its impact on football games. On the other side of that, we were less than year away from Sega Soccer (8-bit) on Sega Master System.

U.S. Gold had a habit of releasing terrible games but few touch the footy lows of World Cup Carnival. Somehow U.S. Gold managed to reclaim the official World Cup license for USA ’94 and it too was quite bad but not nearly bad enough for this list.