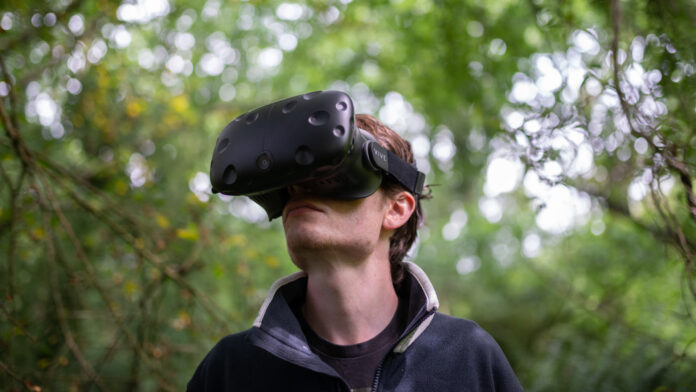 I’ve been mulling over how we educate our citizens, having watched students and teachers struggle for the past year and a half, with the mixed bag that is zoom classes. In our never ending pursuit of modernisation, we seem to be hell bent on diving head first into adopting new technologies that don’t really change much and add little of value to the educational environment. Meanwhile we are eroding away the clear benefits of the traditional low tech classroom and we also seem to be ignoring technologies that would change the educational experience, for the better.

However, before I continue, I want to acknowledge the incredible work of teachers, especially during the pandemic. Now to set the scene, recently in Ireland there have been successive pushes to reform our educational system. Abolishing the junior cert was one, introducing tablets and laptops to replace books was another. And don’t even get me started on my absolute disdain for “project maths”.

Listen, if you want to solve mathematical illiteracy in this country tell the people who write the textbooks to do their so called “solution examples” out in full. There is no point in doing the equation out partially, if the part that’s left out is the part I don’t understand. And yes I know that you may have explained that section of the equation twenty pages ago, and even though I enjoy a good Easter egg hunt as much as the next man, I have already spent two hours trying to figure it out. Meanwhile, I still have to explain Yeats’ disappointment in September 1913 and the civil rights background behind the Greensboro sit-in, which by the way, I find far more interesting than explaining to you why X is equal to 2.

Sorry… I may have brought up some stuff. Getting back to the topic, the modern classroom has changed much in the past twenty years. Or has it really? We are still using the same textbooks and cinder-block rooms, except today there is a PowerPoint presentation projected coldly on the wall and the text books are made up of pixels burning the back of your retinas instead of ink blots on a physical page.

Apart from making school bags lighter I don’t see a whole lot of benefits to these changes. Let’s start with the obvious: the tactile differences between tablets and books. With a book you can easily manipulate the pages to your heart’s content, whereas on the tablet if you want to flick between pages you have to manage your battery life, make sure your hitting or sliding on the right part of the screen with the correct amount of force. Which by the way, is all arbitrarily decided by the programmer.

To top it all off, you have to make sure you haven’t cracked your screen or outright broken your 300-euro tablet throughout the school day. Now I know this doesn’t sound like a big issue but imagine these small annoyances building up over years of school work. Imagine not being able to clump together several pages in your hand so you can look at two isolated pages simultaneously. Imagine having to flick between two apps for two different books and not being able to just have them both open in front of you on the desk. If a book gets wet, it dries out but I can’t say the same for the tablet.

There are also a whole host of other less obvious problems with tablets and laptops, mainly that they distract students from academic work. A study from the State University of Michigan called “logged in and zoned out”, found that internet access proves only to be a distraction and was inversely related to class performance, even when accounting for differences in intelligence, motivation, and interest.

You may think you could solve this problem by blocking internet access, however, there is a more pressing issue with keyboards and touch screens. Psychologists Pam Mueller and Daniel Oppenheimer found in a 2014 study that students, who wrote out notes with a physical pen and paper, consistently outperformed students who took notes with a keyboard.

In their paper “The Pen Is Mightier Than the Keyboard: Advantages of Longhand Over Laptop Note Taking”, they discovered that “laptop note takers’ tendency to transcribe lectures verbatim rather than processing information and re-framing it in their own words is detrimental to learning.” Fundamentally however, an e-book is a book, with extra steps. For all the talk of being high tech and advancing with the age, we seem far more concerned with looking high tech, without actually being high tech.

Now it’s not all bad, with regard to technology in the classroom. Documentary film is being used to great effect. Ranging from explaining complex topics in physics to important contexts in history. Educational films have helped teachers teach with great efficacy and cater to students who learn via auditory and/or visual means.

However, film is not exactly high-tech either, TV’s, Projectors, and supervised internet access have already been a part of the school classroom for the last thirty years. We should be looking to push the envelope further and start experimenting with new technologies that might actually have a chance of augmenting the traditional classroom for the better and add something of value, unlike the mere purchase of tablets and laptops.

Enter the clear and present benefits of Virtual Reality in education.

I mentioned earlier, that film works best with auditory and visual learners. Text books and written exercises work best with reading and writing learners. But right now for most schools, there is no facility to cater to the fourth type of learner, kinaesthetic. Kinaesthetic learners are people who learn best from doing. So for example if a kinaesthetic learner is studying carpentry, their ability to improve will be severely hampered if they’re not able to physically work with the wood and demonstrate their abilities that way. This is where I think virtual reality can significantly improve education.

Virtual reality has been with us as a concept for over a hundred years. The first example of a head mounted VR like device came from the trenches of World War 1 with a head-based periscope display, invented by Albert B. Pratt in 1916. Using an arrangement of mirrors, the user could peer over the parapet, without exposing his head to enemy fire. He could even fire a gun mounted on the helmet by blowing into a tube. The design never made it to the trenches however and it wouldn’t be until 2013 that a commercially viable, head mounted VR device would reach software developers and change the game for forever.

Since then, we’ve seen a slew of attempts at utilizing VR for entertainment and education. Ranging from bite sized VR “experiences”, to 360 degree films, to fully interactive 3D worlds. Some notable examples are the 360 films from the New York Times, and VR games such as Beat Saber, and Half-life Alyx. The one I want to highlight in this article however is a VR game called Wrench.

Wrench is a faithful one-to-one recreation of auto-mobile mechanics. At the moment the game is in early access and so it’s not finished yet. The aim is to fully recreate a functioning car by painstakingly modelling every single nut, bolt, spring, spigot, and spacer in pixel perfect precision. In their own words “no part is too mundane to be fully realised”. At the moment players are fully responsible for maintaining the engine and cylinder head, the suspension system, braking system, fuel system, cooling system and ignition system, with more features and parts being added regularly.

Every tool and part is fully 3D and can be manipulated by the player in six degrees of movement. This allows the player to assemble the engine, piece by piece, as if they were really working in a mechanic’s shop.

The reason why I am highlighting this game in particular is because it shows the true potential of virtual reality in education. Not every school can afford to get a single car, garage space and all the tools for students to work on. Never mind multiple types of cars or even a car for each student. By using Wrench a student can learn to work on any type of car; can see the job from any angle; can redo each task and never break anything. Now you might be asking yourself; that’s all well and good David, but we don’t need to teach every primary school pupil how to fix and maintain a car. And you would be right, we don’t need to do that, but the point I’m making is that it demonstrates perfectly the principle of using virtual reality to help kinaesthetic learners in the education system.

Learning by doing. VR will give access to tens of thousands of students, to engage with otherwise dangerous or expensive physical activity in a meaningful way.

The danger with education in VR is to use the medium as another form of documentary film. Where the content is ‘explained’ to the viewer rather than the student ‘doing’ a job. Don’t get me wrong, there is definitely a place for this style of content, often called 360-degree video. The New York Times, as I mentioned earlier, used this to great effect in producing hundreds of 360 films, ranging from war torn landscapes in Syria to the geothermal pools in Iceland. I feel if we want to engage with kinaesthetic students in education, then the technology has to be used to its greatest potential with fully interactive 3D environments designed around the students learning needs and outcomes.

Virtual Reality is the advancement we need in education to fill the gaps that cannot be covered by textbooks and documentary film.