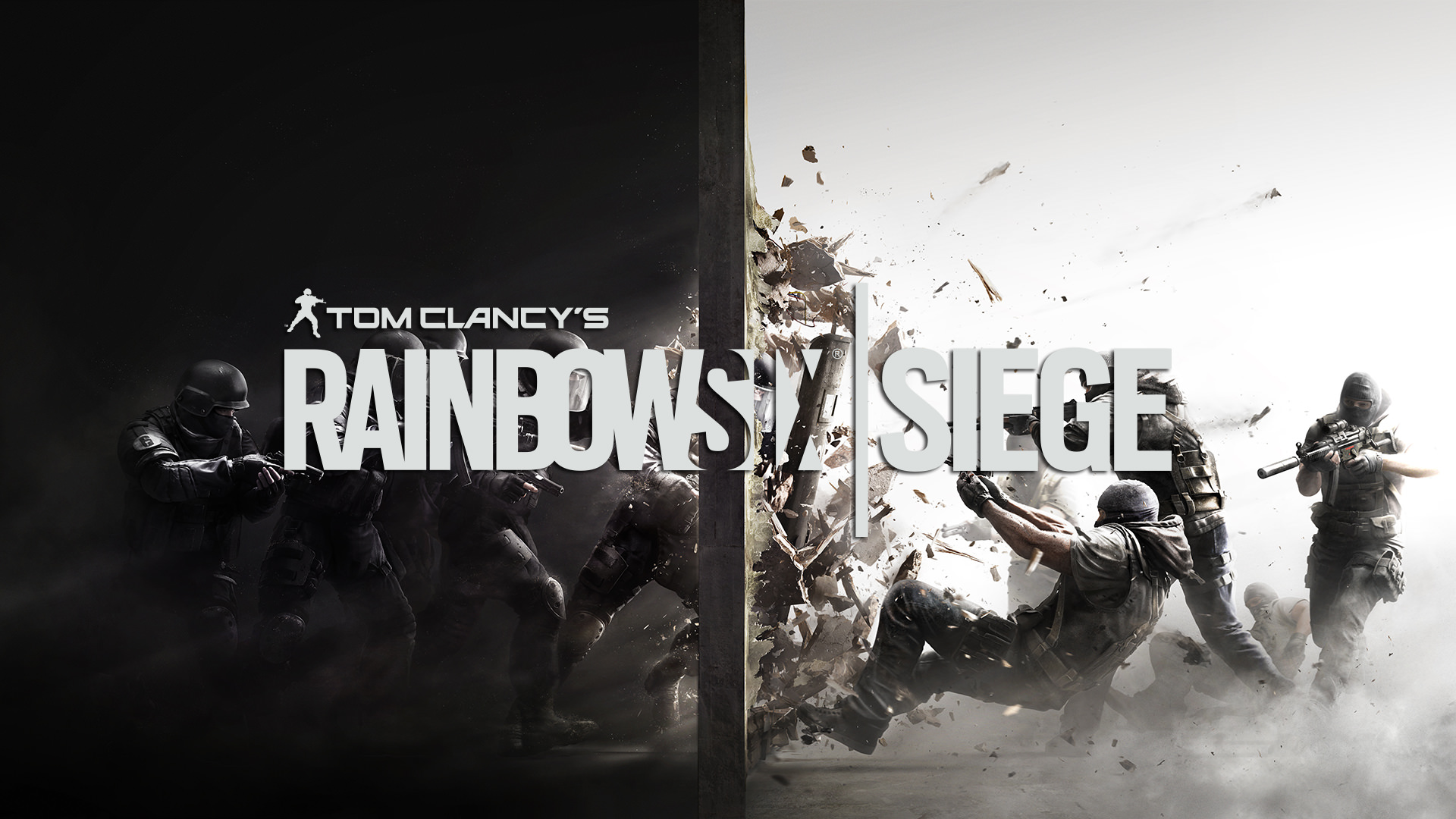 The newest entry in the Rainbow Six franchise, Rainbow Six: Siege is phenomenal and arguably, it is the best shooter I have played in a very long time. It’s very different to other FPS games in that it’s much more realistic. Your surroundings can be easily destroyed. This greatly aids immersion if you get caught under fire and bullets are flying all around you. If you are lucky enough to own a 7.1 headset you get the added benefit of highly realistic audio.

If online shooters aren’t your cup of tea, do not buy this game. Other than a series of 11 missions, titled Situations, the bulk of Rainbow Six: Siege’s gameplay is online. Situations are a great way to get started with the game as they teach new players about the gameplay mechanics. 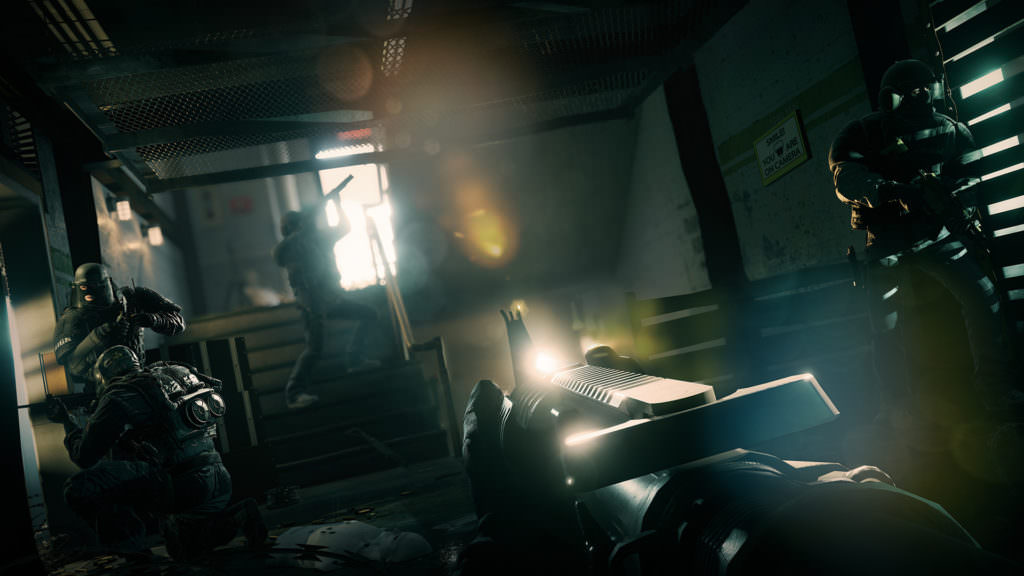 Rainbow Six: Siege also brings back Terrorist Hunt, which can be played cooperatively. In this mode players are pitted against waves of enemies who are trying to take them out plus complete an objective. It’s beyond frustrating and can easily lead to a few broken controllers but you feel if you can beat it.

Stealth and strategy are two very common elements that you will have to work with while playing this game. Rainbow Six Siege has now merged co-op, with competitive to produce a rather intense shooting stand-off that is best played with friends, and with friendly people in general. Siege is all about teamwork and most of the time, you will fail without it, especially if the opposing team the other team are communicating efficiently. 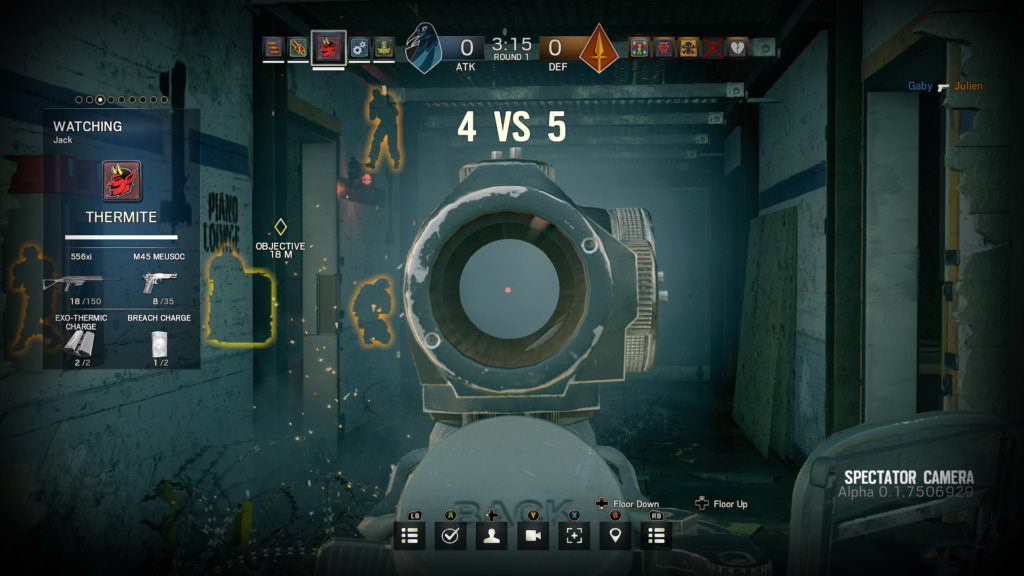 Siege plays out in a 5v5 arena where one team are attacking stance, and the other must defend the objective from the attackers. At the start of each round, the attacking players are given the chance to send out drones and scout the area for objectives and operatives. The defending players rush to fortify their defences and try to find a nice semi-solid wall to hide behind. Once the bell sounds, the fun begins. Each player has one life without regenerating health and each round is on a timer.

This is where that Stealth and Strategy we were talking about earlier really comes into play, the typical hose-em-down will not work and you will quickly get shot, resulting in a lot of angry teammates.  Attacking players can set charges to blow open walls, rappel buildings and bust through windows. Most of these options are split second due to the fact there are bullets flying everywhere so it’s very easy to make wrong calculations and either blow oneself up or get caught dangling from a rope as a group of defending players rush over to finish you off. 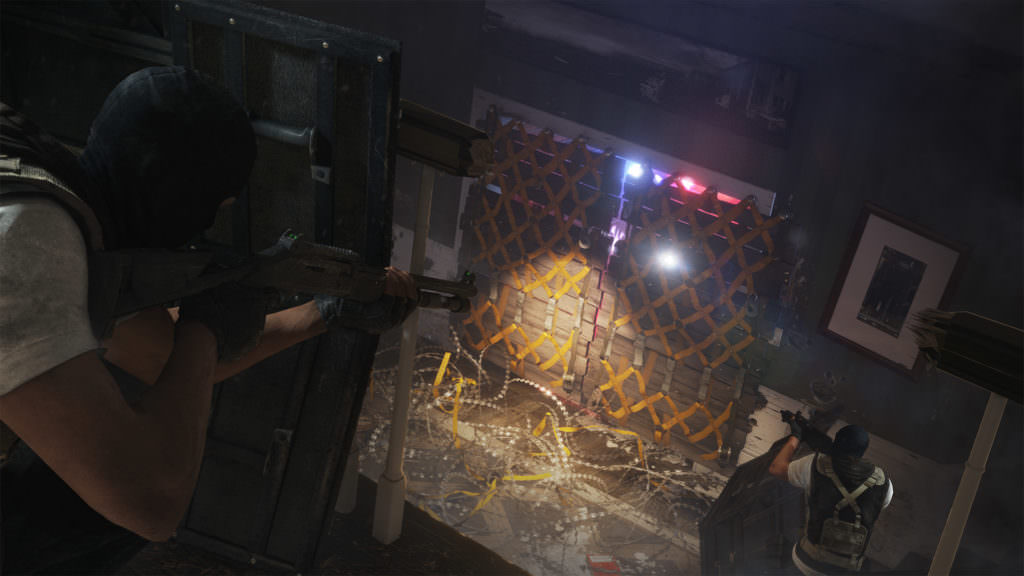 Siege comes with a ton of different operators, which can be unlocked via reputation points. Each operator comes with a unique loadout and different special abilities such as dropping armour packs or creating bulletproof barricades. The main downside to these operators is that they can only be used by one player at a time.

Overall this game is a carefully constructed work of art. It really sets itself aside from the pure team death-match style of shooters such as Halo, Call of Duty and Battlefield. My biggest issue with this game is the fact that it doesn’t have any real campaign. I’m all for online play but I much prefer solo gaming. If there had been a single player campaign, this would easily be the perfect shooter. It is still an amazing game though so if you like shooters, give this one a try.

Have you played Rainbow Six: Siege yet? What did you think? Let us know in the comments!