Square Enix has finally released Star ocean: Integrity and faithlessness to the western world and with it comes a sense of wonder that I haven’t felt in a very long time. However, as it usually goes with good things you have to wade through a decent amount of bad in order to see the shining examples of a developers work. Being heralded as the final entry in the Star Ocean series by its director, Hiroshi Ogawa, one would have expected the game to be the best the series had ever produced, this is regrettably not the case. For me, the Star Ocean series has always been one that teetered on the line between creative genius and JRPG normality. This tightrope game that the creators like to play is most likely the reason the series as a whole is not better well received but that’s the life of a JRPG, people either love you or despise you.

Yes, I’m specifically referring to you Star Ocean 4, you know what you did.

Now that we have all that out of the way, let’s get into the review here, after all, that’s why you’re here, right? 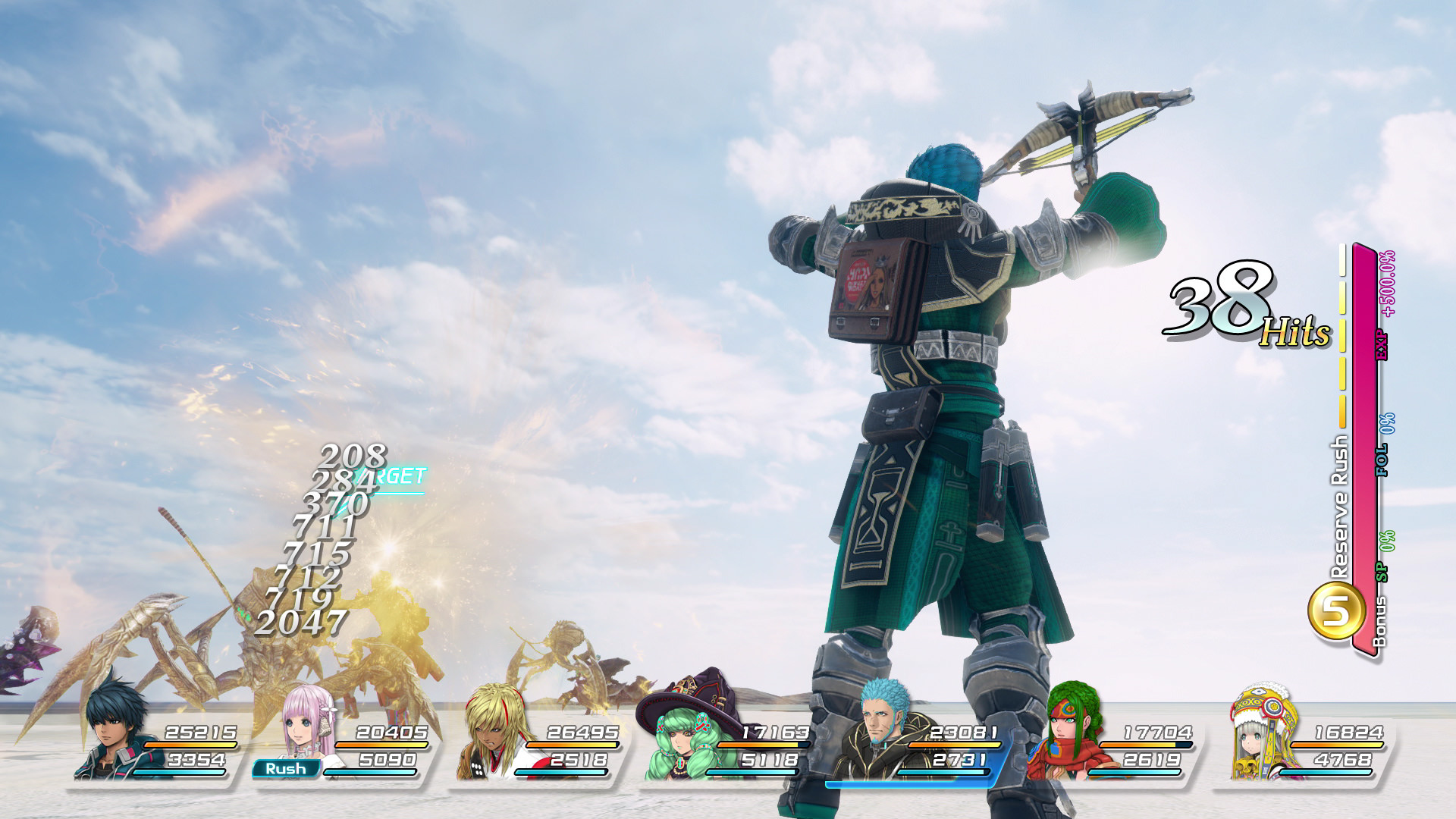 Star Ocean: Integrity and faithlessness starts of, similar to the first two titles in the series rather than the last two, despite the game producer calling on the “essence” of Star Ocean: Till The End of Time. Knowing this, my hopes for this game were sky high and admittedly that could be a large part of the reason I was so gravely disappointed with it. After spending more than 100 hours in the game, completing side quests, locating rare materials and grinding my characters in order to obtain the best skills in the game, I can wholeheartedly type out the following statement. I do not enjoy this game. While there are many things about the game that I absolutely loved, like the sprawling open worlds, the character design, the interactions between party members, and even the private actions, there is simply too much wrong in the games execution to make me truly love it.

The story of the game follows Fidel Camuze, a soldier from the planet Faykreed and his childhood friend Miki Sauvester. Fidel is one of the main defenders of his hometown, having been trained in the art of fencing by his father who is one of the country’s top military officials Fidel often struggles with the fact of so many people depending on him despite the fact that he just one man. The two eventually come across a young child named Relia. Relia is a very recluse child who has been afflicted with amnesia from what appears to be a crash landing in an escape pod. The player soon learns that this little girl is the linchpin to the games plot and far more than she appears on the surface.

I thought the game did a wonderful job of casting the English voice actors, this time, around, specifically for the main character Fidel Camuze. While Fidel did sound similar to Fayte from Star Ocean 3, his voice sounded unique enough to call his own. While the majority of the main cast sounded great there was on exception but I’ll let you figure that one out on your own when you play the game. 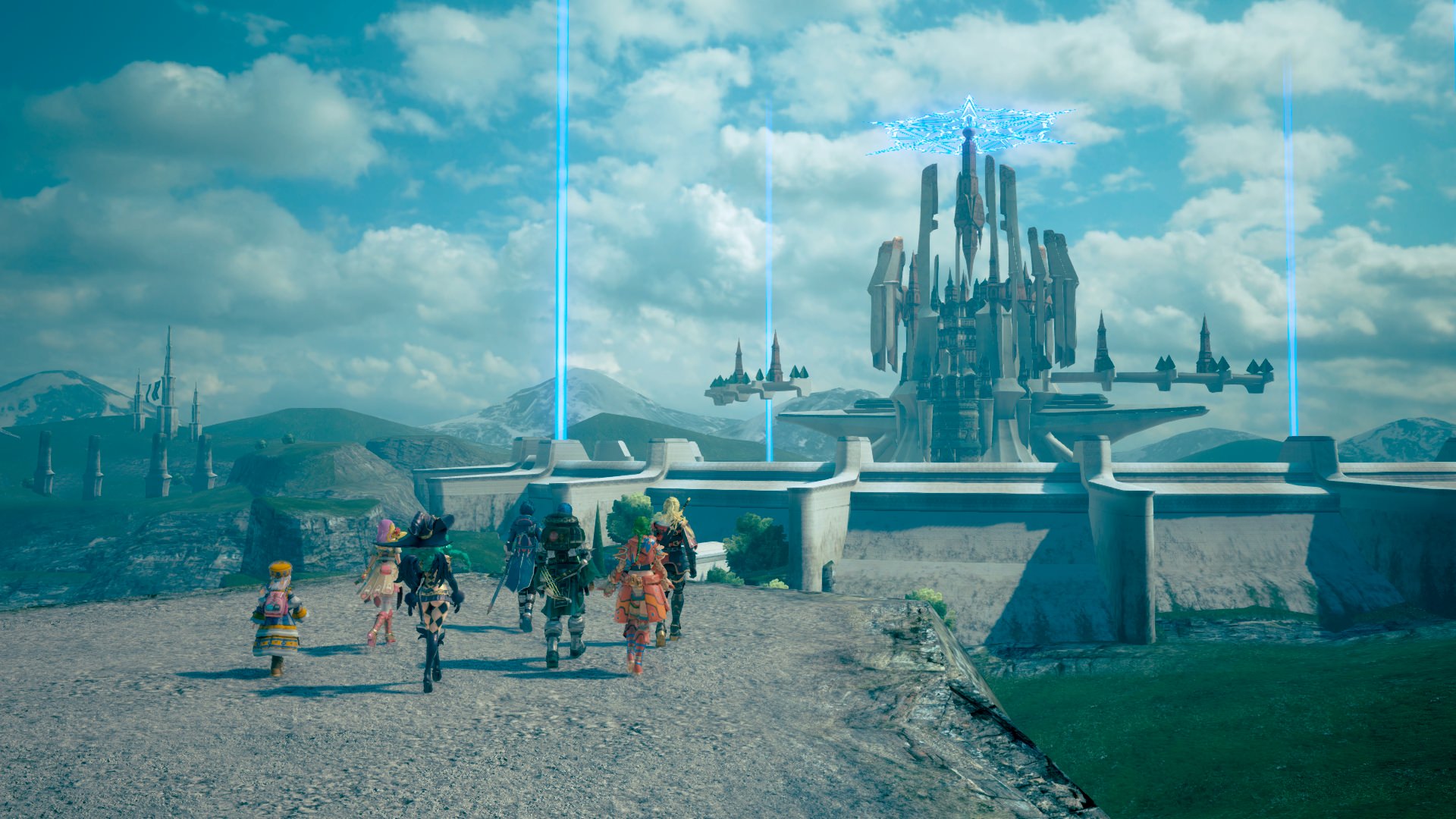 Speaking of sound design, the music for the game is as perfect, beautiful and serene as it’s ever been in the series and while this is certainly one of the high points of the game, there is one glaring problem with it that simply cannot be overlooked. There are occasions, specifically towards the middle of the game when a character will be discussing crucial information and guess who gets to hear it? Not you and why is that you ask? Because someone in the audio engineering department over at Square Enix decided to either get lazy or simply not show up for work that day because the mixing for battles sounds, music, and vocal tracks is completely out of balance.

Don’t get me wrong, I love the crack of a lightning Signeturgy spell and the slice of a blade through your enemies but this is simply too much. The only way to know what’s going on at all times during a battle is to have the sub titles on and that’s not something I care to do when I’m in the middle of a game I’m absolutely crazy about. Or rather I would be crazy about it if they had spent less time on making everything look pretty and sound as high budgeted as they did.

The game ditches the old method of gaining skills in favor of something I’m still not entirely sure about. Star Ocean has traditionally been a game that granted the player new skills as a reward for leveling your character, with only a select few needing to be unlocked through special means. This time around, though, there are very few skills you learn by leveling. Instead, you need to meet prerequisites before moving on and for even more, and you need to complete certain side quests before they become available.

While it’s true that this could potentially improve the games overall play time, I don’t think it’s something that most players are willing to do. When I say I’m not sure of whether or not I like this or not, I think what I actually mean is that I appreciate when a developer tries to extend the gameplay to increase a games value but I don’t like this when it comes at the expense of the overall experience. 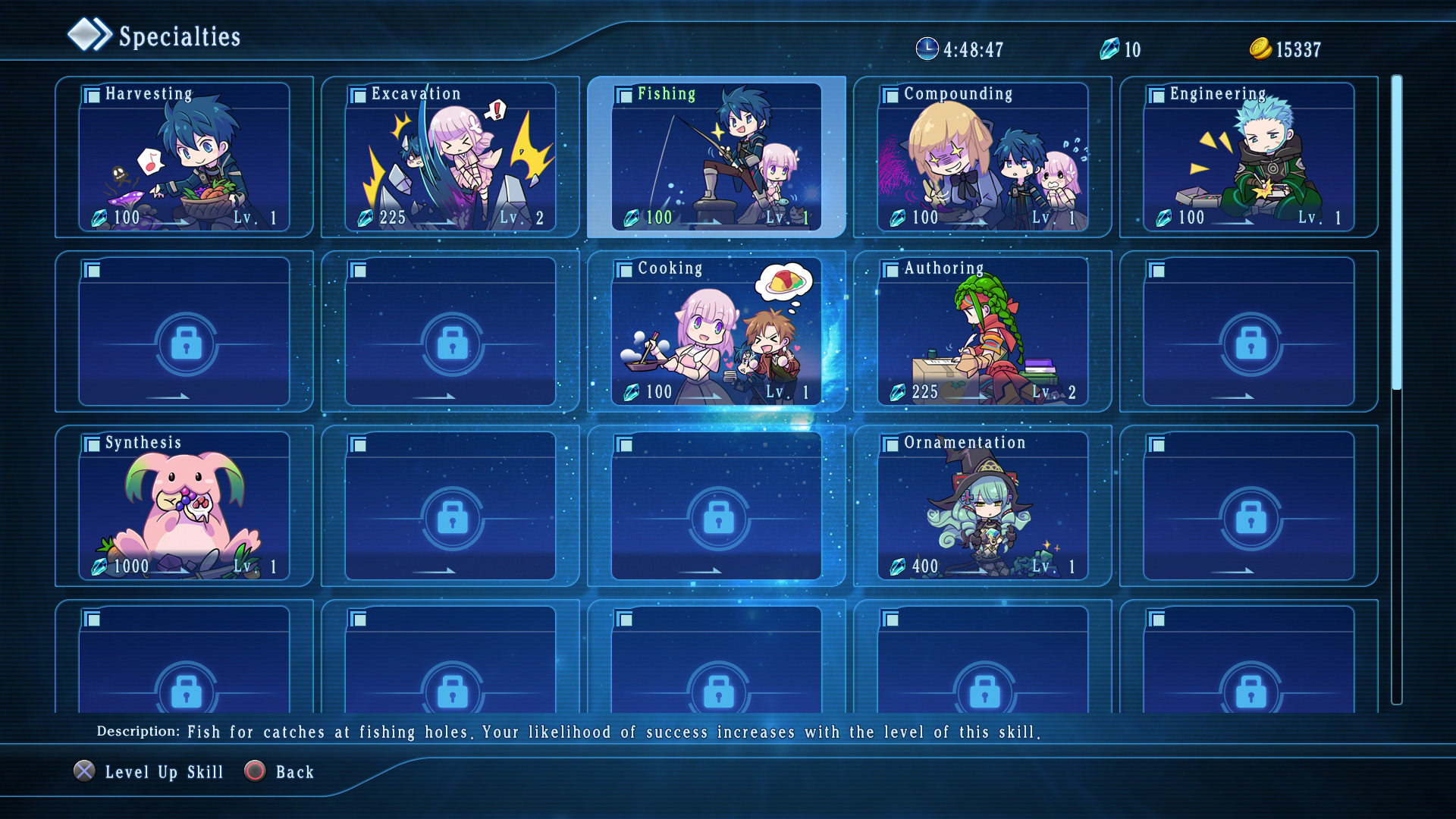 In the tradition of nearly every Tri-Ace title, the game is packed with post-completion content and this is where the game shines its absolute best. From the massive final dungeon and it’s absolutely ridiculous boss fights, to the extensive amount of new items that will become available to you after you’ve completed the game. If you are willing to stick with this game to the end and you can ignore the lack of overall content and odd pace that the game sets for you, I believe you will be pleasantly surprised.

Star Ocean: Integrity and Faithlessness was released in North America on June 28th and July 1st in Europe for the Playstation 4. The game was written by Yoshiharu Gotanda and Mitsuhiro Nakazawa, directed by Hiroshi Ogawa and produced by Shuichi Kobayashi.

Overall, while I would personally rate the game relatively low, in comparison to other titles in the series, I did still have a considerable amount of fun with it. The story and its characters were genuinely interesting to me and the combat system is absolutely flawless in its execution, despite the poor audio mixing. The games overall level of content is close to what I would expect from a traditional JRPG and the item crafting is easily one of my favorite parts of the game. Creating weapons capable of dealing in excess of 90,000 damage has always been one of my favorite aspects of the Star Ocean Franchise, even though dealing that much damage simply makes you terrified of why you’re characters are capable; of doing that much in the first place.

As I said before, I’ve loved the Star Ocean franchise since I was a child but over the past decade the series has devolved into a mere shell of its former glory. No matter how shiny you make a package if the contents of said package are nothing more than a broken reworking of an already flawless project, you’ve essentially sidestepped a pothol only to fall off a bridge. I’m sorry Sqaure Enix but it’s time to close the story on the great ocean of stars.