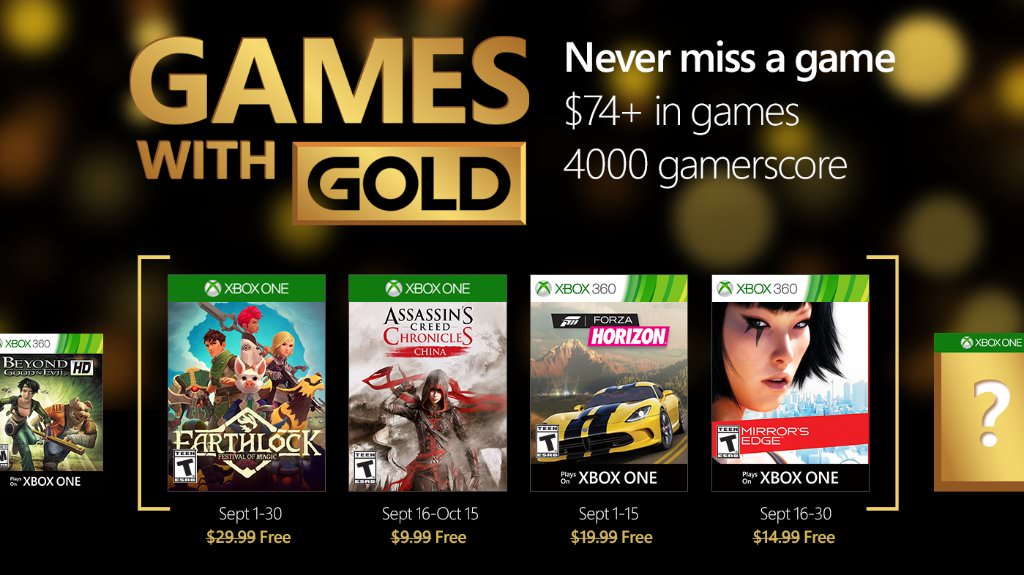 September’s Games with Gold lineup is looking mighty fine, with two triple A games, one Assassin’s Creed spin-off game and one indie. Luckily, Xbox One subscribed to Xbox Live Gold players can look forward to being able to download all four games available in September! The Xbox 360 games are available on the Xbox One via backward compatibility.

It should be noted that Games with Gold titles are yours forever once downloaded. While they require a Xbox Live Gold subscription to be downloaded, if your subscription lapses or is canceled you will still have access to the games you’ve downloaded through the program.

Check out September’s games below: