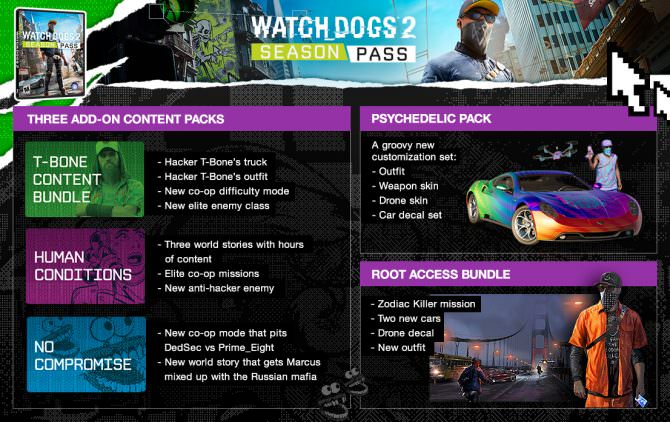 Watch Dogs 2 is roughly three weeks out from releasing, which means it’s about time we get a look at what the $40 Season Pass will be bringing to the game.

Watch Dogs 2 will be releasing on November 15th on the PS4 and Xbox One with the option of purchasing a Season Pass. This Season Pass will bring two content packs at launch and three DLC packs in the future.

None of the DLC will impact online play or offer a one-up for players. The content is purely cosmetic.

Below, you can find the packs that will be available at launch – if you purchase the Season Pass.

While full details are limited, Ubisoft has provided a small outline for each of the three packs. Here’s what fans can look forward to:

Watch Dogs 2 will be releasing on PC at a later date on November 29th.