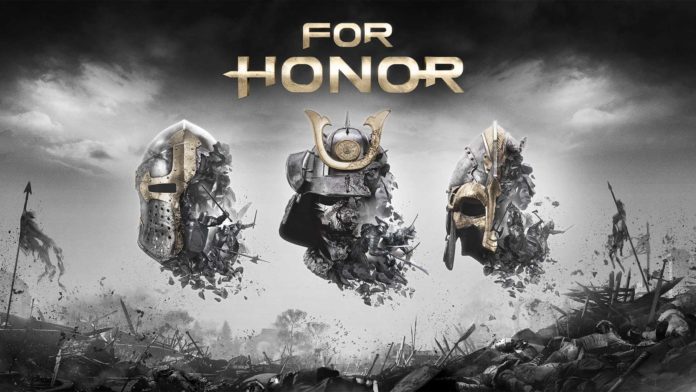 Knights, Vikings and Samurais battling it out — What could be better? Ubisoft’s new game, For Honor, brings this dream to reality and does so quite well. For Honor is a massive online multiplayer fighting game where you battle it out as one of three factions — Knight, Viking or Samurai.

The starting tutorial is pretty basic but goes over all the different blocking and attacking controls and introduces the player to the conflict with other factions. It’s extremely short and get’s you up to speed right away. 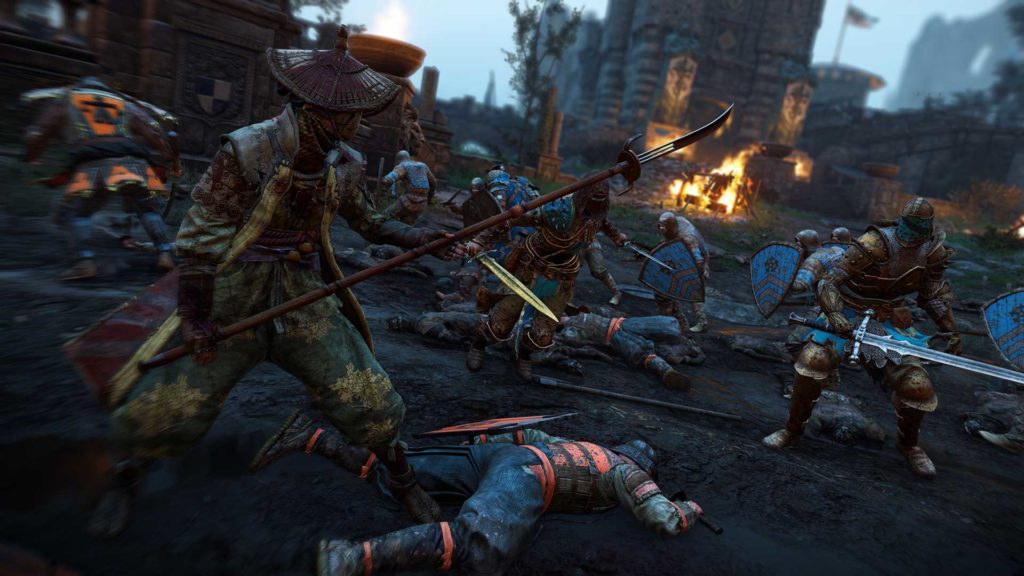 For Honors campaign is more of an introduction to the multiplayer than anything. It’s fairly limited so to really get your money’s worth out of the game multiplayer is a must. The game is focused around the three factions who have been at war with each other for thousands of years. Additionally, there are forces that will not let the fight die out either.

The gameplay, at times, feels very one-on-one where you have to judge what the opposition is planning. This duality makes the game interesting by mixing things up. Stamina also plays a big role as we found out when we lost a few duels; spamming attacks will drain you out and eventually you will be swinging your sword like an 80-year-old with arthritis. You may want to run around once in a while to build up stamina during a fight. The game is massive in terms of what is there to do in a multiplayer. The single player is limited, but does a good job of educating you about the game. 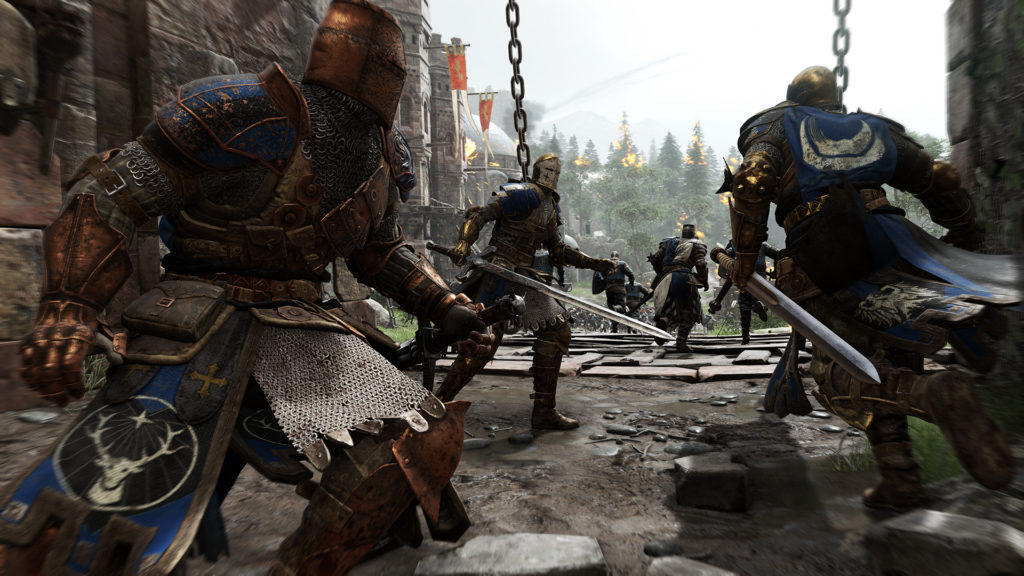 The storyline is semi-transparent, it’s about factions fighting for control over land and food, but really you’re just stomping through a series of beautifully realised historical environments bludgeoning people, while looking for collectibles, (this is a Ubisoft game after all), and grab loot, which gives access to new weapons, armour and cosmetic items. You also earn a currency called steel, which you can spend on unlocking new character classes or on scavenging gear – effectively packs of random items. This currency can, of course, also be bought with real cash if you don’t want to put in hours of fighting to earn your keep; and although some have complained that the game is stingy with its earned monies, this is a game about fighting and learning and then fighting some more, and patience is very much part of that. It’s basic stuff, but it does feature a range of breathtaking set-piece encounters from castle sieges to village raids, all drawn in gritty, pulverising detail.

During the campaign, you play as several different characters as you take on Apollyon, a warlord that leads the Blackstone legion, which is trying to destroy the peace. Through the course of the single-player campaign, you will discover each faction, its characters and the unique fighting mechanics. It is a great way to discover the game and the story. Not to mention, good voice acting and cut-scenes. There is no attempt at explaining why these guys are in the same region though, except for the fact that they just are. The multiplayer is another beast, altogether. You get to choose your faction in the beginning and then you have options to fight according to the style you prefer. The fight is largely divided into dominion, deathmatch, duel and brawl. Dominion is a battle where you have to score 1,000 points by eliminating the enemies and capturing areas. Once a team reaches 1,000 points, the other team can no longer spawn lower warriors, unless they kill any opponents or recapture an area. The game ends when the last warrior falls. Deathmatch is an elimination battle. Brawl is a team effort where you have to eliminate the opposing team in a best of five match-up. Duel, on the other hand, is a pure one-on-one experience where you really feel like you are in a western or one of those samurai movies where the opponents size each other up before going for the kill.

The multiplayer element of For Honor takes place amid a global Faction War, where each match in every mode contributes toward an ever-changing territorial battle between the three warrior clans. Territorial control shifts daily, with major weekly updates; at the end of a season, the winner is announced and players whose characters represent the victorious faction win customisation items and other goodies. It’s an interesting way to add significance to the online battles, especially as it’s multiplatform, encompassing all PC, PS4 and Xbox One matches.

We loved the ‘dominion’ mode where you can go all Dynasty Warriors on your opponent. The other mode we loved was Duel, which we felt was complete Zen. Though be warned, the online gamers are particularly skilled – you may sometimes be paired with a newbie who knows advanced techniques like feinting.

As for the modes themselves, there’s Dominion, a Conquest-style four vs four face-off to control objective points, a standard deathmatch and the duel and brawl modes which pitch you into one-on-one or two-on-two cage fights. They’re challenging, highly physical and rewarding, forcing you into much longer, more tactical engagements with other players that we’re used to from first-person shooters. In this game, you need to face each other, probe for tactical weaknesses, think about positioning, timing, the environment and whether you can realistically come out alive. The combat is densely physical, brutish and crunching, the detailed character models sparring with incredible muscular grace. Every encounter feels epic and deadly. 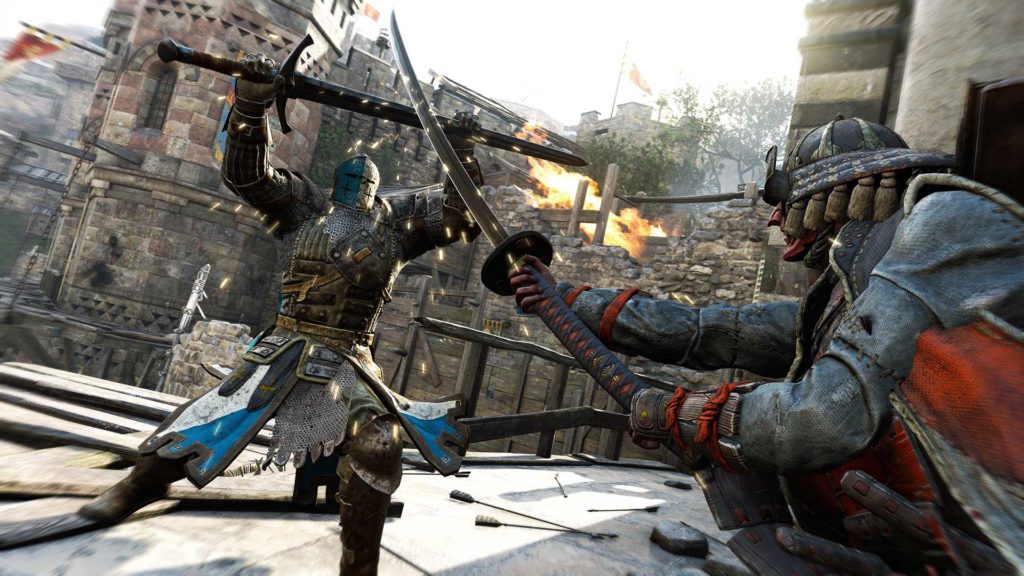 It is hard to give a definite verdict with this game because it is so massive and we don’t have enough time to play all its components in depth. That said, this is a game you must buy if you have ever liked playing one of the characters as a child.
But, do remember the multiplayer ladders are a struggle and you may need to play every day to keep a decent rank.

For Honor feels like both a triumph and a failure in some senses. On one hand, it’s an exceedingly genuine melee combat experience that manages to leverage the wild and varied styles of the knights, Vikings and samurai in a comprehensive package.  The single player is great, if not terse. The multiplayer well designed. On the other, it’s let down by consistently disappointing server and networking issues. These can be fixed in the future, no doubt, but for now, For Honor has some more territory to conquer before it becomes truly great.

You will enjoy For Honor more if you can form a clan with friends and support each other properly, but even for casual swordsmen and swordswomen, it has much to offer. Yes, the real-money system is galling, but it’s a reality of the modern industry that we’re probably going to have to live with, and everything that you can buy with cash can eventually be earned through doing what the game wants you to do; learning to control and administer the resource of violence against ever more testing enemies.