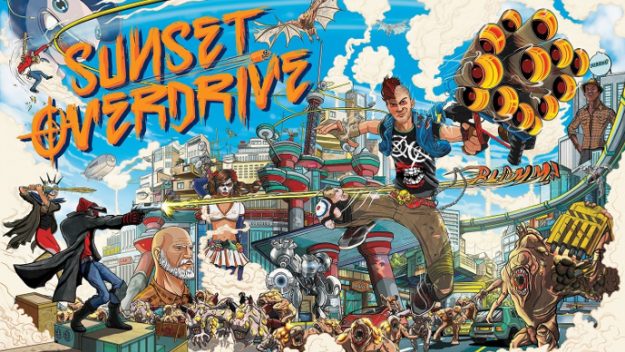 Sunset Overdrive may get a sequel but for the time being, no timescale has been put on developing it, according to Insomniac President, Ted Price.

When asked by Game informer whether or not they are working on a sequel, Price said, “You’d have to ask Microsoft.” Insomniac previously stated their desire to bring Sunset Overdrive to PC so that may have cooled the relationship between the two companies.

Price Continued, “We are passionate about that franchise, and we own it, so you may see more Sunset in the future from us,” Price said. “No promises, and no timeline to speak of, but it is something that represents our willingness to create unexpected experiences.”

Insomniac are currently working on Ps4 exclusive, Spider-man which has yet to be given a release date. In the last year or so they have released Song of the deep, Ratchet & Clank, Edge of Nowhere and Feral Rites.

With Sunset overdrive being such a huge system seller for Xbox, I’d be shocked if Microsoft didn’t want to see a sequel. Perhaps Microsoft isn’t too happy with Insomniac making another AAA game for Sony.  As a Ps4 owner, I would love to see Sunset Overdrive being brought to Sonys console. For me, it still has one of the most memorable trailers from previous E3 conferences.

As a Ps4 owner, I would love to see Sunset Overdrive being brought to Sonys console. Personally,  I don’t like the idea that studios that aren’t owned by Microsoft/Sony make exclusive games for both. I think it devalues the game.

For me, it still has one of the most memorable trailers from previous E3 conferences.