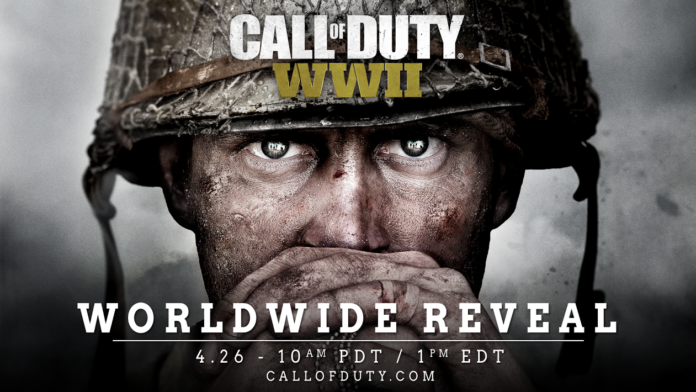 This confirmation comes on the back of rumours in late-March that the COD franchise was going to head back to its roots. Activision has also released Artwork for the game as well as announcing that there will be an official reveal today at 6 pm GMT.

The Livestream will reveal “more details” and give fans “a first look at Call of Duty: WWII” as well as “intel on the studio’s vision for the game.”

Last week images were leaked appearing to show characters from Call of Duty WW2. You can watch the Livestream of the official reveal right here. Elitegamer will have more detail on the game once we’ve watched the reveal.