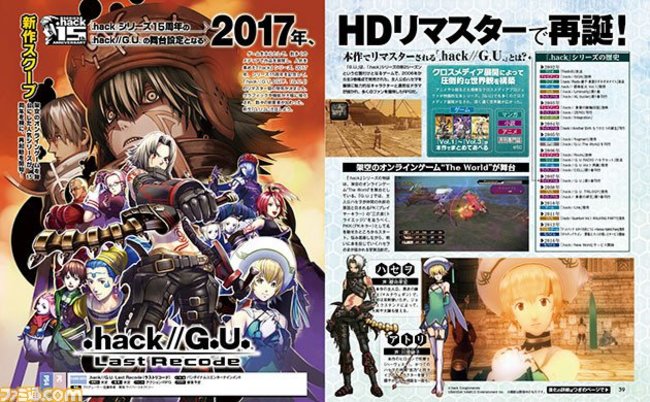 In this week’s issue of Famitsu, Bandai Namco announced the release of .hack//G.U. Last Recode. It will be an HD re-release of .hack//G.U. for PC and PS4 with a few new unspecified enhanced mechanics made to celebrate the franchise’s 15th anniversary (10th for G.U. in the States). A release date and whether or not this game will be available outside of Japan has yet to be confirmed.

Hiroshi Matsuyama, CEO of Bandai Namco, said that in Last Recode, .hack//G.U. will be “newly reborn.”