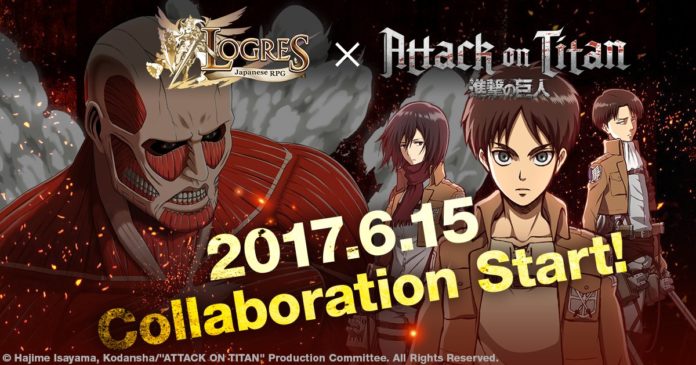 The mobile sensation Logres: Japanese RPG is collaborating the with the Attack on Titan anime, currently airing in both Japan and America, to bring Eren, Mikasa, Levi, and a handful of familiar looking titans (Colossal Titan, Female Titan, Armored Titan) to the game. Special quests and weapons such as Ultrahard Blades and the Scout Regiment Uniform have been added to celebrate the collaboration. The event is already active and is set to end 28/6 11:59 pm PST (29/6, 7:59 am IE). A demo of the gameplay has been uploaded to the official Logres channel on YouTube, seen below.