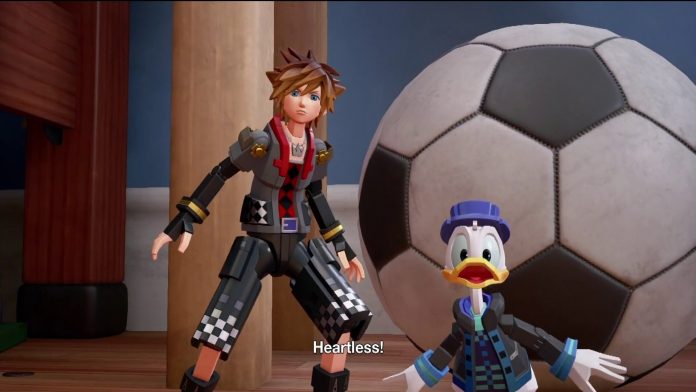 At Disney’s equivalent of E3 this weekend, D23, alongside several film-related announcements there was a video game showcase called Level Up! Walt Disney Company Video Game Showcase. Although they also discussed upcoming Star Wars, Spiderman, and various Marvel-themed Lego games (with commentary from Markiplier, Strawburry17, and Jacksepticeye, no less), they saved the one that fans have been clamoring the most about for last. Perhaps the most anticipated project they spoke about was Kingdom Hearts 3–and sure enough, after several months of not hearing any updates about it, even at E3, we finally got a new trailer (shown below).

They announced that Kingdom Hearts 3 will be coming out for PS4 and X-Box One next year. Additionally, a new trailer was debuted that featured a new world for Kingdom Hearts–Toy Story. It now joins the ranks of Tangled and Big Hero 6 as completely new settings for the franchise.

In tandem with the new Toy Story world, a line of BRING ARTS figures for Sora, Goofy, and Donald in their Toy Story forms was also confirmed.

Outside of the aforementioned news, little else is known about Kingdom Hearts 3. It was originally announced at E3 in 2013 and will feature at least 3 worlds completely new to the Kingdom Hearts series. Trailers have shown gameplay that has more combat features and goodies than any other Kingdom Hearts game thusfar. We can also surmise that we’ll be learning more about the past of Xehanort in this title, based on trailers in which he appears younger, and with cloaked figures identical to the ones that appear in the Kingdom Hearts mobile games.