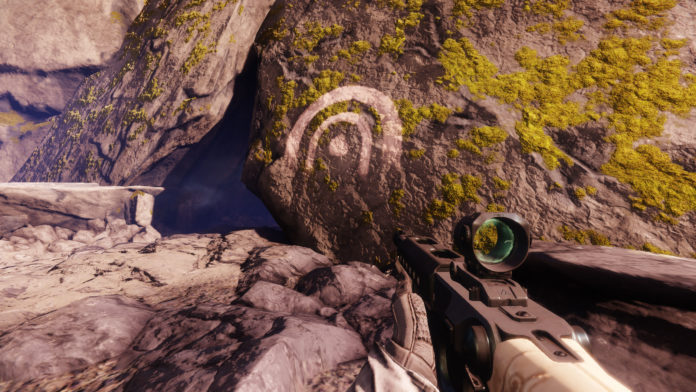 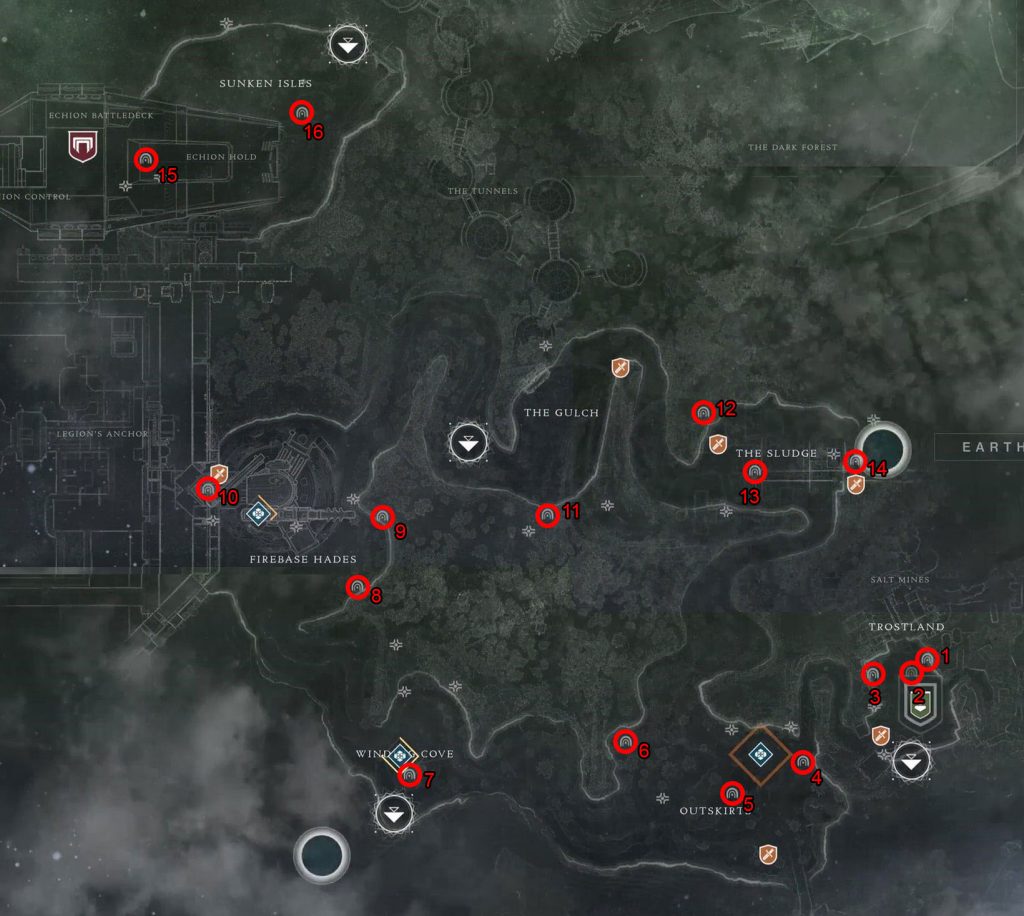 This is the area with the first landing zone. There are three lost sectors here:

1. Terminus East – The first lost sector is in the orange building next to a buried truck, in the east of the area. Crawl under the metal gate and follow the tunnels to the railway station.

2. Atrium – This sector is on the ground floor of the church where you find Devrim Kay. There’s a trapdoor near the mark – jump down and follow the tunnels.

3. Widow’s Walk – In the store with the blue sign. Enter, go through the door next to the red, glowing Amsel poster and follow the path to the basement.

There are three of them in this zone. Their entrances are scattered throughout the northern part of the zone. Since this area doesn’t have a landing zone, you can reach it from any of the three nearby sectors.

The single one is found in central Winding Cove, close to the landing zone.

In this westernmost EDZ area, the two of the hidden lost sectors are found in its eastern part, while a single one is in the west.

You’ll get here if you head west from the Sludge. There is a single Lost Sector here, hidden in its southern part.

They are scattered around the area’s east, central and northwestern parts.

There are two of them in this zone, found in its western and eastern side. The Sunken Isles are located in the far northwest of the European Dead Zone map. 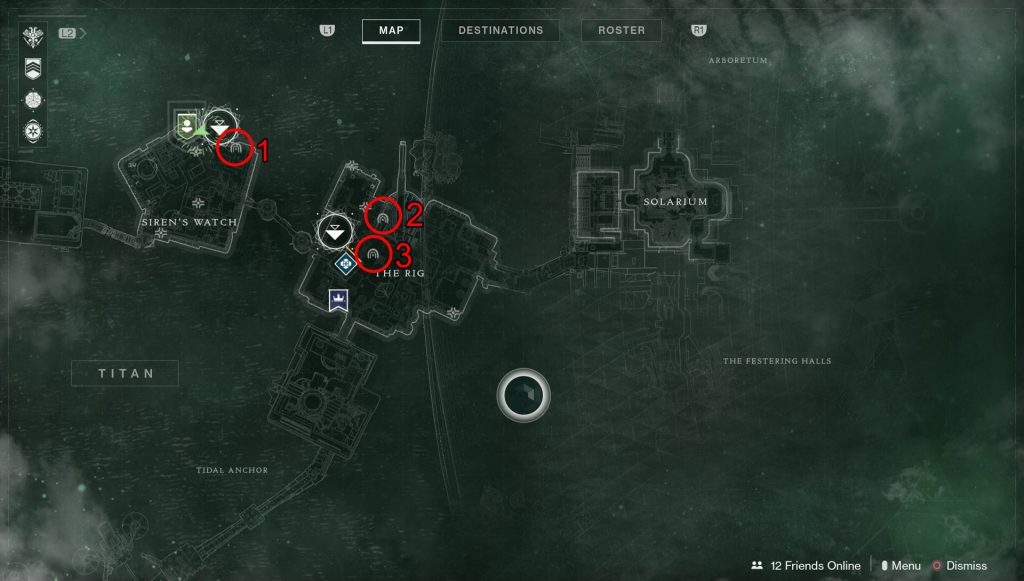 One of them is at Siren’s Watch, while the other two are at The Rig. Here’s how to find all of them:

1. Methane Flush – It’s near the landing zone at Siren’s Watch. Look for the mark on the lowest level of the platform. When you’ve found it, stand in front of it, then head around the corner to your right. Follow the walkway to the door, then go inside and descend.

2. Cargo Bay 3 – In the north part of The Rig, under Bay 3. Go to the railing on the north side, jump over it and land on the walkway below. Look for the mark on the wall – it’s near the hole in the walkway. Enter the room next to it and follow the path to the sector.

3. DS Quarters-2 – Near the container platform at The Rig. Head towards Bay 3, then jump down to the right once you’re past the steps. Walk through the door leading into the bay, then turn right. You’ll see the mark on the wall. Simply follow the corridors.

The chests inside will give you decent gear only the first time you visit them, but they’ll keep producing tokens as long as you have the patience to farm them. You can then give those tokens to Sloan in exchange for engrams.
Back To Top 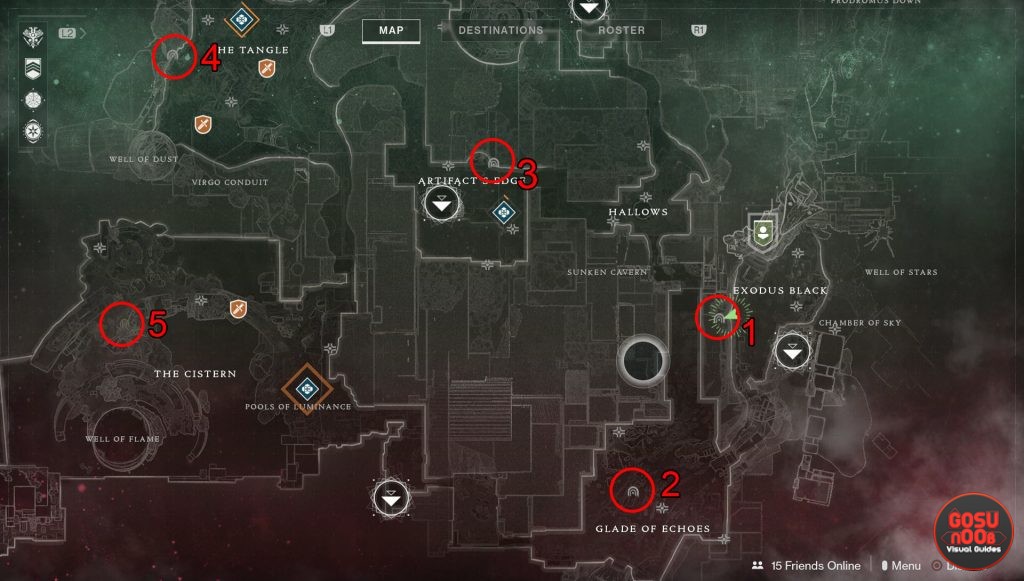 Chamber of Starlight
Back To Top