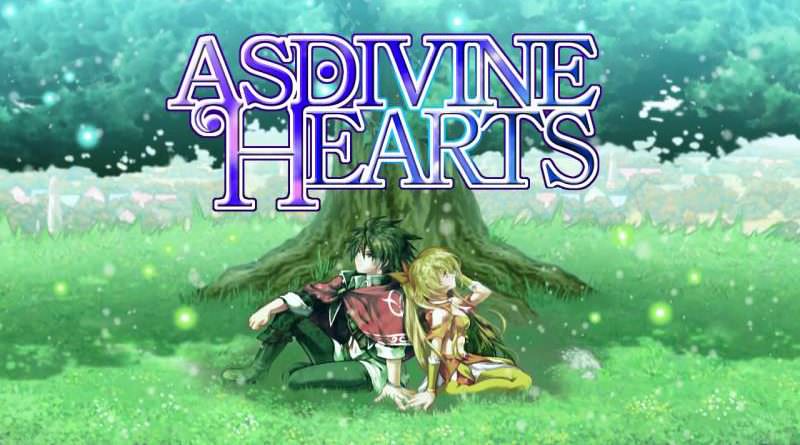 Publisher Kemco have once again put out a JRPG called Asdivine Hearts, just the title of it screams Otaku/Weeaboo. You know the kind of Japanese culture enthusiast who draws pervy Manga ladies, has bad body odour and can’t make eye contact?

Sorry for the bias, years of game retail has burnt endless categories of gamer into this writer’s brain. While I completely respect all of your lifestyle choices, you are still f**king nerds.

Asdivine Hearts is a love note to the JRPGS of SNES fame and is oddly reminisent of the insurance of fan-made RPGS made with software such as RPG maker, 90s/00s teens will agree. One thing that is vital going into this game is to have zero expectations; AH is not trying to be the next Chrono Trigger or to foster some form of legendary status. Asdivine Hearts just wants to have fun in good old retro fashion.

So we have a nice turn based role player this time around layered over a grid system. Characters have countdown timers which can be affected by various buffs as can attacks, spells etc. The players offensive is broken down into three sections which are governed by your allegiance to ‘light’ or ‘shadow’ powers:

Characters have gauges for both abilities and magic, light is more of a defensive sect as opposed to ‘shadow’, which is offensive. The grid system gives players three rows of three spots for your party to set out on the battlefield. This gives various buffs and decreases in attack power, magical ability and so forth which is a cool way to take team management to the next level. Limit breaks are also present and work in the same way as FF7: they just build up over time for maximum damage. 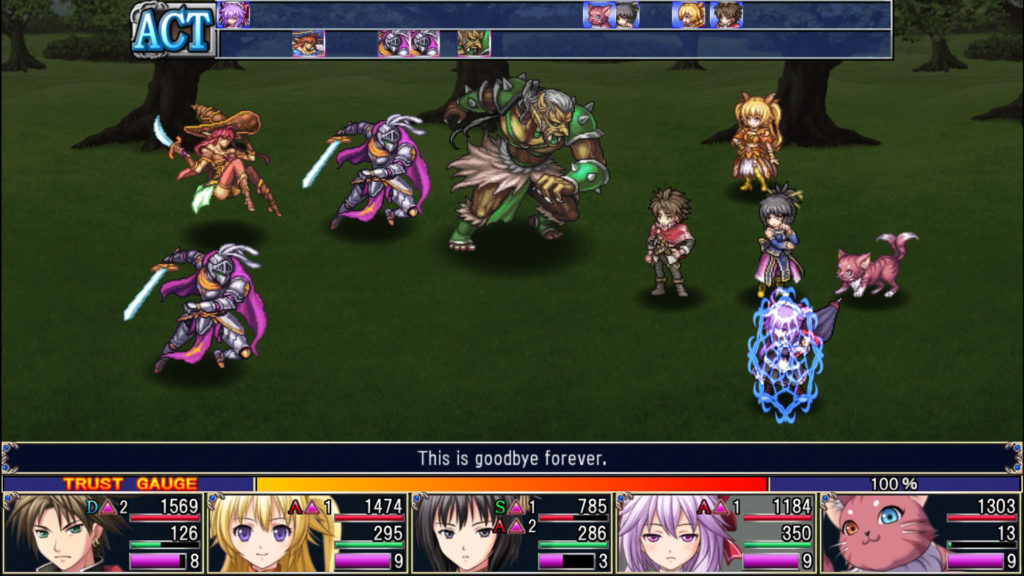 Another aspect to the fighting system is Jewels, magical stones that fit into a character’s “Rubix” to give abilities and buffs such as +4 HP, light magic up to level 50 etc. Jewels can be collected from monster drops, the environment, quest rewards or bought. If the player has some doubles or ones laying around that you have no use for, you can synthesise them to increase the buffs potency or combine abilities to save room in your Rubix. All in all, a very satisfying system.

Asdivine Hearts is a lovely throwback to some of the J-RPG highlights of yesteryear, however it’s not cut from the same cloth

Moving around the game world does seem like a bit of an after thought, rather than the player freely moving around the L-Stick and D-Pad is fixed to eight directions which can make movement feel awkward. Also, character movement is bloody fast paced, which can make narrow passageways and small gaps harder to navigate into. Not a major flaw but it still has it’s hang ups.

The story does its purpose but it’s not the most gripping tale in the land of JRPGS. The game can become a bit text heavy at times but this is typical of the genre. If this isn’t something that you can put to the back of your mind or just enjoy, I would strongly suggest a less verbose Western RPG.

Visually, we’re looking at some good old fashioned bit art once again harking back to the SNES days of old but with creamy smooth frame rates. Character art during conversations and cutscenes are very nicely presented, the one thing that could be improved upon Is the menu system.

It’s not so much the functionality but it’s the look and feel, Asdivine Hearts feels like a cross between mid-Final Fantasy and a bloatware title. The thing is that this title is originally a mobile title ported to consoles, so some of these hangups endure. Maybe if the menu was also done in a 16-bit art style, it might have worked better.

The sound isn’t anything spectacular and is quite generic throughout. Sound effects are cool chiptune and 16-bit sounds. The menu blips and blops are typical to the genre. Nothing here that’s immersive or awakens the soul but it does it’s job.

Asdivine Hearts is a lovely throwback to some of the JRPG highlights of yesteryear. However it’s not cut from the same cloth. Whilst the different systems compliment each other and the graphical style is very polished, the sound and translation from mobile to console could have been better thought out. As long as players go in with no preconceptions and an angst for a JRPG everything will be fine dear, For £11.24/€12.99 on eShop, it’s worth it.