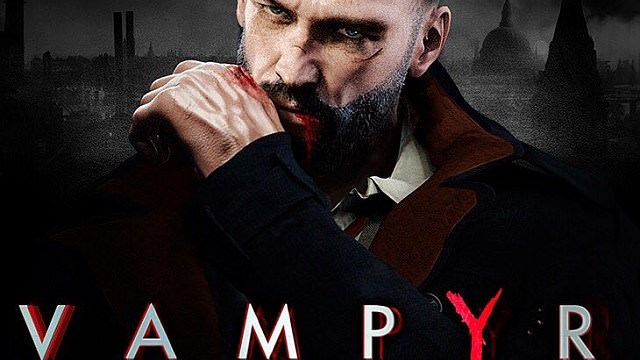 This games reviewer would like to kick things off this time with a light jest. In one of the best first screens pre loading screens in the history of gaming, devs DONTNOD and pubs Focus Home Interactive felt the need for a health warning of sorts.

In honour of not ruining ‘bants’, the text states that in a number of words that all medical reasoning in-game is bollocks and to not copy any recipes shown. Fair play; as one understands the world, this writer would also like said world to stop spinning in order to get the f**k off.

As a disclaimer, as one received the review copy of Vampyr a document was attached to cover current bugs that would be fixed on a bountiful day one patch. This review therefore will not mention said bugs or fixes out of good faith. Reggie is an absolute gent like that.

Vampyr is the latest release from the aforementioned gaming industry vets. Players assume the role of a once doctor turned vamp to help him whittle down a Spanish plague ridden 1912 London until the absolute oblong behind this whole mess is found. Punters will face many obstacles in different breeds of vampire covering vastly opposing difficulty levels aswell as human aggressors.

There is always the option to actually not kill anyone, if that’s your choice, reader, then cool I respect that. One will also liken you to people who take baths the night before and find it social acceptable to declare yourself ‘clean’.

To Suck or Not to Suck?

What makes Vampyr stand out narratively is that our protagonist just wants to help fellow sufferers and members of his home turf. But in doing so, he also needs to court them, lure them and suck them dry. This is all helped along by an Arkham-style Vampyr mode to detect blood on the environment or in living people. One, of course, means blood to consume, dear readers; snuff doth butter no parsnips.

Players achieve this by making there own way around a multi-narrative script. Which like other ARPGs before Vampyr have consequences for our patch-work undead. Although actual consequence isn’t felt too hard, one would have to complete multiple playthroughs to see the real benefit. None the less, a solid script it remains. Whimsical quotes and dark poems litter Vampyr like a Charles Dinkins Supernatural spin off episode. Whilst the statements could come across as a cheese board, the execution and a grim narrative backdrop make the delivery unique.

A crafting system is included to level up existing items, this process is introduced by robbing the dead that litter London’s streets

The game engine is typical of the genre, with added delights such as safe houses to replenish ammo and lay low. Safe houses also provide the only news in London that can allow our protagonist to improve on his new found abilities. Must be the good children’s hair in the stuffing.

Just the same as Jamie Oliver!

There is always the option to actually not kill anyone, if that’s your choice, reader, then cool I respect that. One will also liken you to people who take baths the night before and find it social acceptable to declare yourself ‘clean’. I also miss Turkey Twizzlers, you b*****d. With this in mind however, you cannot level up abilities half as well by having a good old chin wag.

A crafting system is included to level up existing items, this process is introduced by robbing the dead that litter London’s streets. Various materials can then be used to upgrade a crappy revolver that is at the time about as useful as Anne Frank’s Drum kit.

Heavy attacks have been mapped to the protagonists vampire abilities such as vampire claws, forging spears from blood etc. Feeding during combat provides healing benefits aswell as energy to fuel the aforementioned vampire ability attacks.

In the same ‘vien’ as the ‘Shadow of Mordor’ series, all enemies have weaknesses and strengths. This nicely balances out the players heftier attacks which gives the fighting system some strategy. Dodging flows nicely with the Shadow set of abilities, players can just simply teleport to the side to dodge opponents.

The presentation Vampyr puts on is one worthy of the HD/4K revolution with detailed high resolution textures and sound output. The one thing this reviewer couldn’t take seriously was the protagonists facial animations. The NPCs in game actually have seen a much better face job in all honesty.

One Hates Taking the Blood…

One would like to put it down to DONTNODS firm push for emotive realism to complement the script and narrative. But it ends up in parts looks a bit like the bobbing head of Knights of the Old Republic and Mark Zuckerbergs‘ eyes.

The soundtrack promotes immersion through tense auras and notes typical of the era. Sound effects are also well captured and don’t disrupt the overall feel and action of the title. To sumerize, one always says the best soundtracks go unnoticed until mentioned. That’s immersion kids.

Vampyrs’ crown jewel is its well placed and structured narrative. An immersive period London, followed by a unique take on a morally aligned Vampire is worth credit. Whilst it looks lovely, the protagonists facial animations aren’t the best. Oh, and making spears out of blood.