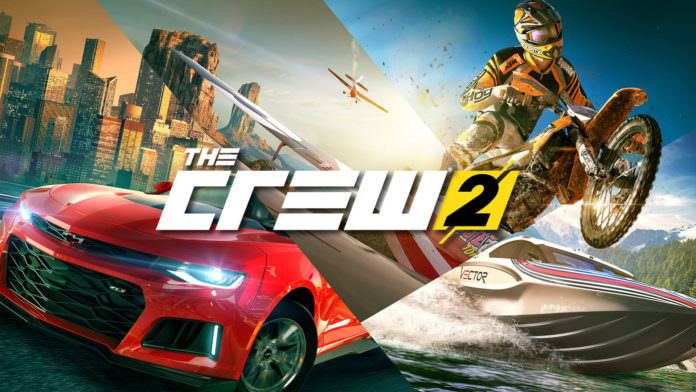 You can say a lot about Ubisoft, but in recent years the French game publisher has done well when it comes to supporting a game long after its initial launch. Rainbow Six: Siege is by far one of the most popular titles, For Honor is doing well for such a quirky game and even the somewhat unsuccessful The Crew from 2014 has received a similar treatment.

Now they are bringing us The Crew 2, packed with more vehicles, many different racing types and a bigger map. The beta only lets us play a few races but the whole of America was open to you. The map format is impressive because you can drive from the west coast to the east coast in a more compact version of the United States. 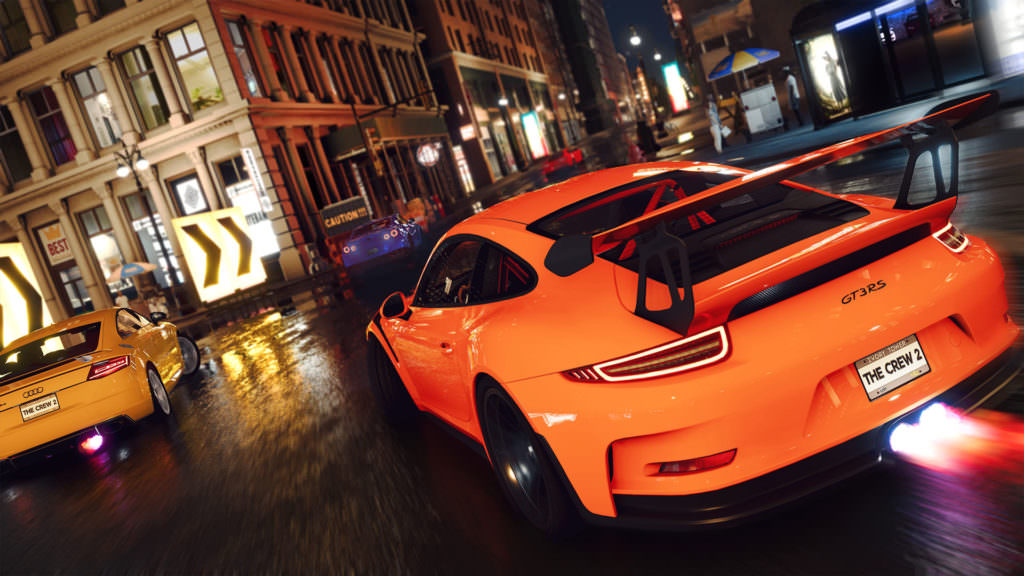 This time around your not just limited to four wheels, The Crew 2 brings with it boats and aeroplanes. Races, stunt events and everything in between is available to ensure that the entertainment factor is as high as possible. Switching between these three vehicles is immediate, you can be transported from your car to an aeroplane and then to a boat. It is crazy and completely insane, but it’s nice to be able to do this.

For the sake of clarity: The Crew 2 is still a racing game and not a strange stunt game in which you constantly drop boats from the sky. Each race differs based on location and vehicle. Street races keep to the same style with neat checkpoints every so often. Off-road events don’t have the same linear path but the idea is to get from point A to point B as fast as possible so there is a lot of flexibility with how you accomplish this.

Boat races, similar to street races, are marked with poles in the water at intervals and likewise, air races are planned out with checkpoint rings in the sky you need to pass through. Both the boat and air races have the advantage of open terrain between checkpoints so there is a lot of manoeuvrability when it comes to getting to the next marker. 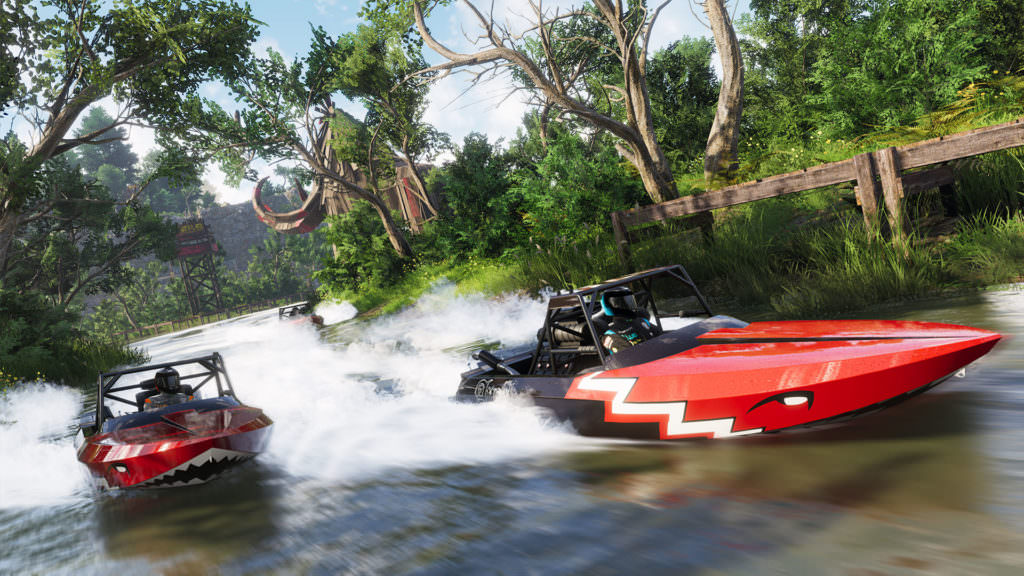 One of my favourite parts from The Crew 2 Closed Beta was the off-road racing. I loved how the developers perfected the terrain and made it feel like you could land the wrong way at any moment. It was both chaotic and fun. Sadly, this wasn’t the case for the boat races, every water surface feels a bit the same. Whether your racing down a river or in the ocean, the water is always calm with no real waves or current. I hope that there will be changes in the full release because I would love to race through choppy water and have a similar experience to the off-road racing.

The Crew 2 is really doing its best to present the game as slick and exciting as possible. Switching from the map to your vehicle is extremely smooth and elegant. Even changing vehicles comes with a stylish transition that just works. Everything has been designed to keep the focus on the task at hand: racing through the world and preferable leaving a wake of destruction as you do.

Less successful are the (minimalist) attempts at a storyline with specific characters and rivals. Moments after their introduction, you have usually forgotten them again. Their purpose is definitely to move the game along but they don’t have enough of a presence to be truly memorable. The stage for The Crew 2 is built around a nationwide festival full of stunts and races, however, Forza Horizon has done this much earlier, and in my opinion, far better. 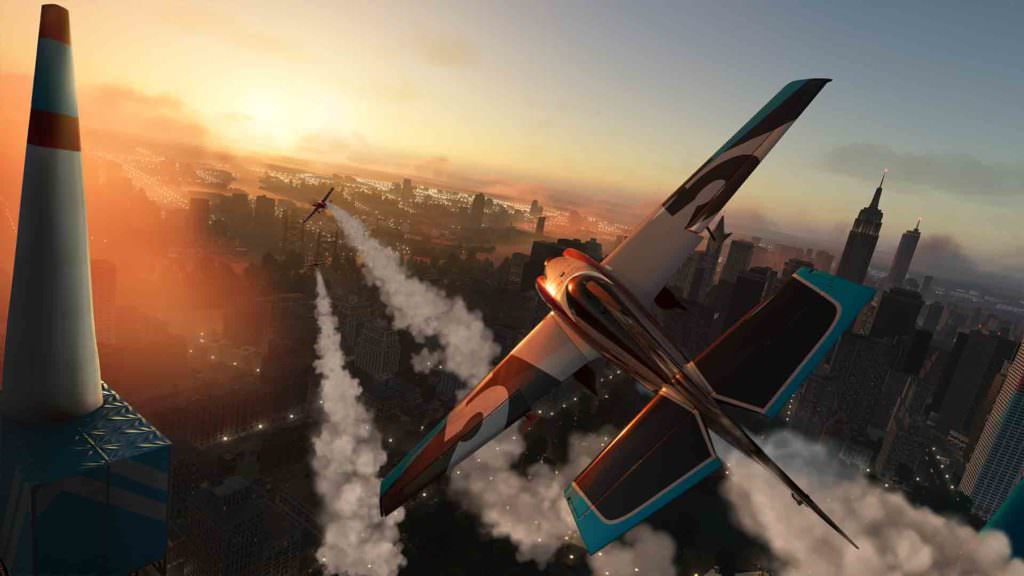 The Crew 2 is mainly about the racing, and from playing the beta I feel that part is really good. The game isn’t taking itself too seriously and doesn’t pretend to be a realistic racing simulation. when you are in between races, the game encourages you to take pictures of animals and beautiful views. While this is a nice change, the world isn’t exactly “full of life”. Aside from the animals, there is a lack of pedestrians in some cases and it’s easy to lose immersion while you are playing. This could be down to the fact that it is a closed beta and the developers don’t want to push the game (or the servers) too hard just yet. We will have to see if this changes in the open beta or the full release.

It’s important to note that The Crew 2 Closed Beta was in an incomplete state and much of what I covered may change significantly. If Ubisoft continues to support this game just as faithfully as the aforementioned other titles after the release then The Crew 2 will undoubtedly be a great game. I personally hope that a lot of the shortcomings from the closed beta will be fixed for the open beta but I’d also be happy to see it in the full release if nothing else. Let me know in the comments if you played The Crew 2 Closed Beta or if you are waiting for the open beta. The Crew 2 will be available for PC, Xbox One and PlayStation 4 from June 29th.