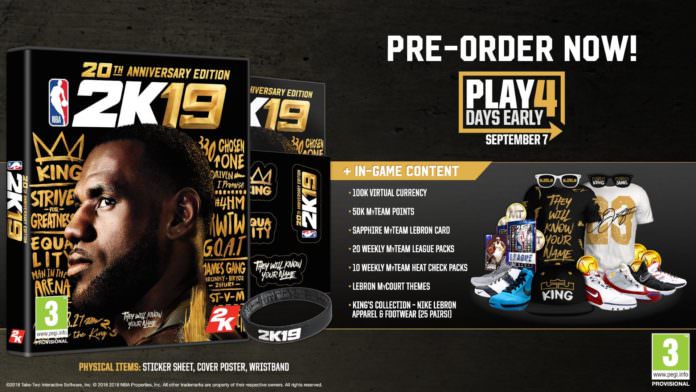 2K has confirmed the cover artist for the for the NBA 2K19 20th Anniversary Edition will be  LeBron James of the Cleveland Cavaliers.

Alongside LeBron will be a composition of words personally chosen by the NBA Great. Each phrase contains a special meaning to James, including “Strive for Greatness,” “Driven,” and “Equality.” 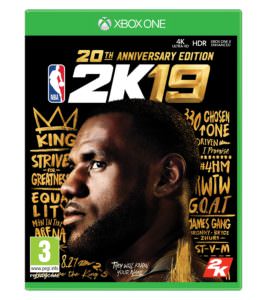 was a little kid,” said James. “We were able to do something really unique for the cover that represents everything that drives me and inspires me – from my family to where I come from and words I live by. I’m honoured my journey can be part of this special time in 2K history and I’m excited for fans to see it.”

As always with special editions of games, you do get some bonus swag that those who buy the standard edition won’t get.

Those who buy the 20th-anniversary edition will receive the game 4 days early as well.

This will be the second time that LeBron James has featured on the cover of an NBA 2K game. The NBA 2K19 20th Anniversary edition will be available 7th of September, 2018, in both digital and physical formats for an SRP of £84.99 on Xbox One, PlayStation®4 computer entertainment system, and digitally on Nintendo Switch and Windows PC.