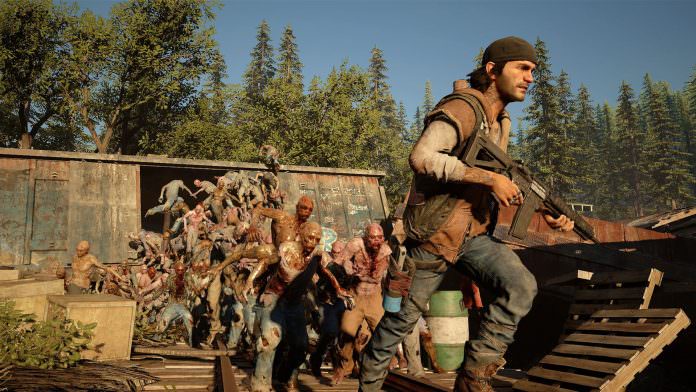 Last week I was invited to go to the PS4 exclusive pre-release party for Days Gone. This event was held in the well-renowned restaurant and brewery, Ballast Point in Long Beach California. Sunny skies, perfect weather, and free beer drew me outside and into the open arms of the developers as they introduced the game, held Q&A, and a first-look into the demo version of the game. Everyone I met was excited, warm and welcoming, and could not WAIT to get their hands on a controller to bash in some Freakers (SIE Bend Studio’s description for the savage enemies) skulls.

The event let people try out the game for approximately 10 minutes, which was NOT enough time for such a beautifully enticing, fast-paced thrill ride that was in store for me. The game really focused on the level of detail of the surroundings, en-massed zombie-like minions, and third-person over-the-shoulder gameplay. The environment was everything I had always wanted in a game: pretty. The landscape, the sky, the grass. The level of detail was outstanding and I got just as lost within the scenery as I did with the mindless rampage I was allowed to go on with my sick motorcycle and previously planted C4 traps.

There were two options to spend the ten minutes allotted: a short version of the first level of the campaign that had the main character go on a mission to rebuild his bike, and another further on mission that entailed wiping out a ludicrous wave of Freakers. I personally chose the latter, and had one helluva time doing it. There were many explosive trucks and barrels that gave me complete nostalgia of my personal childhood playing Crash Bandicoot which caused explosions aplenty. I had to devise a plan to kite a mob of these devilish horrors, and blow them to smithereens along a path of fire that the game allowed me to devise myself.

The freedom in that was a nice touch, that excited me even though it took me a few tries. The level of difficulty was neither impossible, yet formidable and it kept me engrossed within the world of Days Gone my entire play-through. The game, although pretty, had very sticky vehicular control from what I could tell. Bashing into a wall would sometimes throw you off a bike as expected, or sometimes T-pose your character into a vertically challenging position. The vehicular combat reminded me of the first Dead Rising garage, where the sloppy controls were written off because of the zombie onslaught.

Although the minor faults exist, as does in every game, the HUD was very interesting, albeit not exactly a new concept. The controls allowed for a menu that would pop up when swapping weapons, traps, sidearms, and distraction tools that the development team described as the Survival Wheel. It felt very fluid, and easy to use. I personally enjoyed my experience and wish that every video game company would follow in this studio’s footsteps. I will be purchasing a copy for myself. Will you?