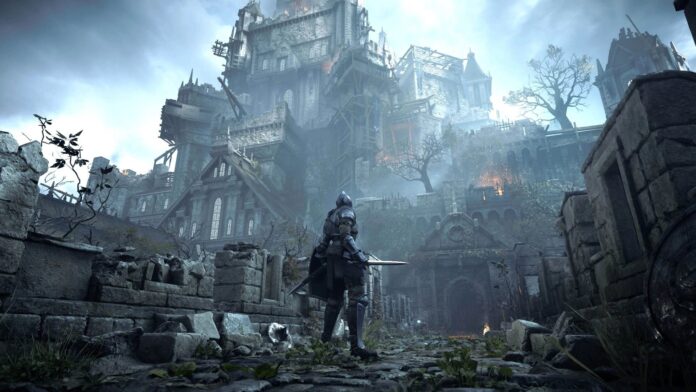 Falsification of history is anything but Demon’s Souls. Bluepoint remains 99.9 percent true to the original, so many of the pros and cons that I mentioned a decade ago still apply. In-depth gameplay, very atmospheric, a lot of replay value, inventive online mode: all true and still present in the remake for the PlayStation 5. Even my criticism at the time is still relevant: the physics are sometimes clumsy, causing you to fall to the ground wrongly. Certain aspects of the game are also explained very limited, if at all.

At the same time, it is the main reason that From Software managed to achieve so much success with its obscure title and was able to repeat it later with the Dark Souls series, Bloodborne, Sekiro and undoubtedly also Elden Ring. It is therefore a good move for Sony to immediately launch the remake of Demon’s Souls, the birth of the “Soulsborne”, with its new game console. There will be a lot of new players who buy this game for the first time, because there are not that many launch games available and this is the only truly exclusive PS5 title for the time being. So it’s not just Souls veterans with hundreds of hours of experience who populate the game world.

So it feels a bit like a new game and more than a makeover. Although you could have had peace with that, because the remake makes a considerable graphical and technical leap. Not only compared to the original version, but also compared to games for the PlayStation 4. It is special to see how the different environments from the original now appeal even more to the imagination. That’s how it really storms in the Shrine of Storms. The signature dazzling haze of the original is gone.

That is a shame, but you get so much in return. The amount of detail and graphics are so impressive that you can almost cheer it on when you are set on fire by a fire-breathing dragon. A great achievement, because the loading times are nil and it also looks beautiful in the 60 fps mode. The remake is set to this setting by default and there is actually no way back to 30 frames per second after that. It will deliver you native 4K images, but this comes at the expense of the gaming experience.

Now Demon’s Souls has never been a spectacular action game. Because fighting is so precise, it thrives with a high refresh rate. The better you can read the movements of yourself and opponents, the greater your chance of survival. It is therefore nice that Bluepoint has left the artificial intelligence of the original intact. The effect of weapons and spells has also remained the same. For example, your sword still bounces off the wall when you strike horizontally in a narrow hallway. The weapons and spells have all been animated, making them feel more unique. For old hands of the Souls games it still feels like coming home, because all proven strategies still work. You just have to learn them and get them into your muscle memory. This is of course completely true for new players.

The splendor of the remake also comes into its own in the boss fights. They are the pinnacle of every Souls game, but especially in this part. In later titles they became more traditional, but in Demon’s Souls they are often small puzzles (and very big bosses). It is more than a matter of “simply” attacking and defending or dodging. It may seem impossible that you will ever win, but by listening carefully and looking at all the hints in the environment (and on the ground) you will eventually come to the solution.

The Souls games are therefore at their best when you experience them together, with people who do not know very well either. That collective experience of thousands to millions of people simultaneously encountering the walls that Demon’s Souls is erecting. They seek support from each other or give hot tips on how best to tackle that one piece. It’s wonderful to see friends of mine going through that process in exactly the same way now, almost eleven years later. The internet plays an essential role in this, because the information you would find there has been processed anonymously in the game, as it were.

The splendor of the remake also comes into its own in boss fights. They are the pinnacle of every Souls game, but especially in this part.

The “multiplayer” of Demon’s Souls still feels unique and innovative now. As you try to make it to the end of the level at walking pace, you will encounter messages and blood stains left by other players all over the floor. The messages indicate a fall or, on the contrary, alert you to a hidden object. The blood stains indicate that someone else died in that spot. With the push of a button you can see how that could have happened. A warned person counts for two.

The actual cooperative play options leave something to be desired, because you can’t just go through the entire game with someone else. Bluepoint Games has chosen not to tamper with this very conscious choice of the original developer. Later Souls games, however, have proven that it can really be a bit less cumbersome, while retaining the original concept. Fortunately, the remake does contain a password system, so that you can play together with friends in a targeted manner.

The remake is characterized by these kinds of small improvements. For example, from the menu you can immediately consume multiple items at the same time and it is possible to send items on the ground to your storage if the weight of these items becomes too high to carry around. Thank goodness there is also a way to ask forgiveness from the many friendly characters in the game. This way you will no longer be deprived of their services for the entire game because you stuck your sword in their neck once. And not even on purpose.

Demon’s Souls owes its greatest sophistication to the SSD that houses every PlayStation 5. Bluepoint has taken care of the so-called “quality of life”, but Sony ensures a higher “quality of death”. The loading times are so absurdly short that you don’t even recognize them as such, rather as necessary screen transitions. That makes dying a lot less annoying, because you will be ready for another attempt in no time. It also ensures that you get back to the Nexus much faster, the base where you can upgrade your skills, repair weapons and learn new magical attacks. For a game in which you die regularly, such ease is a great asset.

With that, the Demon’s Souls remake has mainly become a streamlined version of the original, without losing the mysterious aspects. The so-called World Tendency is still inimitable and to upgrade your weapons you need a university course of reading flowcharts. A physical guide, like the one included with the PS3 version in Europe, wouldn’t have been out of place here either. There is some kind of built-in manual in the game, but it is quite brief. Fortunately, the internet exists.