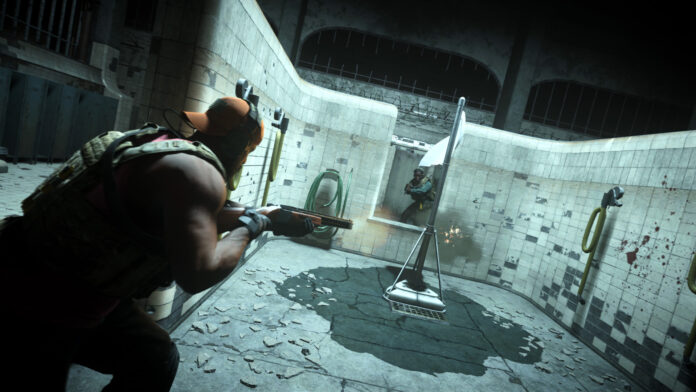 “Let your plans be dark and impenetrable as night, and when you move, fall like a thunderbolt”.

A quote from the world famous Chinese philosopher Sun Tzu. An all-encompassing titbit of wisdom – when applied properly, can be the underdog’s best tool for success, not just at war but for almost anything in life – at least, that has been my experience. One that I finally put to the test in a semi scientific environment, thanks to ‘Call of Duty: Warzone’ and in particular the ‘Gulag’ feature.

If we rewind a year, the first lockdown is well in effect and I’m looking for things to do. I start playing games online with friends and it’s not long before they recommend I try ‘Call of Duty: Warzone’ with them. I didn’t own the game and in fact the last time I played C.O.D. was with ‘Ghosts’ in 2013. So I was hesitant at first but they managed to persuade me and I decided to buy the full game, due in part to a natural suspicion of free products. (There is no such thing as a free lunch.)

After waiting a few days for the game to arrive and then waiting a further few hours for a lengthy download, something I thought I had circumvented by purchasing the game physically, but I suppose it is the 2020’s, that discussion can wait for another article. Eventually, I booted up the game, hopped online and joined my friends for a match.

Needless to say, the first few games were a disaster… for me. My friends, all having far more experience with the game than me, especially online play, far surpassed what I was able to pull off, with the result that I was sent to the ‘Gulag’, a lot.

For those of you who don’t know, ‘C.O.D. Warzone’ is Activision’s answer to ‘Battle Royale’. A game mode that pits players either against each other in a free for all battle to the death – or in teams of two to four people. All the while the world you play in shrinks every few minutes, bringing the few remaining players closer and closer together.

Battle Royale is a saturated market to say the least, with nineteen games listed on Wikipedia so far in the past four years alone. Consequently, developers add various features to their games to differentiate themselves form the crowd. One of those features being the Gulag. The purpose of which is to give players like me a second chance. Meaning, when I die in the main game my character gets sent to the Gulag, wherein I fight 1v1 against another opponent who met the same fate on the battlegrounds as I have.

In the beginning this had largely the same outcome as my play in the main game had… I died… a lot. At a rough estimate the number of matches I won in the Gulag were about 1/10. Statistically speaking this was far from a game of chance or a simple coin flip. Whatever I was doing wrong I always seemed to be out manoeuvred and out shot. With frustration mounting, I was about to throw in the towel, until, I started thinking about World War two.

The various successes and failures of the war have a multitude of reasons; I’m not going to pretend that it can be narrowed down to just one thing. However, I will say that the major success of German Army at the beginning of the war can be largely contributed to the German Military doctrine of ‘blitzkrieg’, a term that simply translates to ‘lightning war’.

A form of warfare so terrifyingly effective, that the allies had barely time to react before they were surrounded at Dunkirk, and Paris had fallen. The proud nation and people of France, who spent the interwar period preparing for just such an invasion, going so far as to build the massive engineering marvel that is the Maginot line, fell in little over a month. Why?

Well, like I said it was a multitude of factors. I could talk about France’s failure to push into Germany during the Saar offensive. I could talk about the allies’ ineffectiveness to act on good intelligence about a German traffic jam in the Ardennes. Or perhaps it was England’s expeditionary forces early withdrawal?

The fact of the matter is that no army at the time could withstand Blitzkrieg. Speed and shock were the defining factors in Germany’s victory in France. It is the lowest common denominator in almost all battles during world war two. And once the German war machine began to run out of steam – or should I say oil – It all crumbled beneath them like sandcastles in Normandy.

After reinforcements arrived from the US – and Russia started to turn things around in the east, starving the Germans of precious fuel, there was little the Germans could do. Especially after they had invested in heavier tanks which guzzled oil and ironically built massive reinforced concrete towers and bunkers, the same mistake France made in the 1930’s. And although attempts were made this gave the Germans little reason to launch a counter offensive, given the fact that static fortifications aren’t exactly manoeuvrable.

“Let your plans be dark and impenetrable as night, and when you move, fall like a thunderbolt”. Act fast, act decisively, don’t give your opponent time to react let alone think. That’s when it all suddenly clicked for me inside the Gulag.

Fast forward now a few weeks, we hop on for a game of Warzone. Five minutes in I get shot in a close quarters gun battle and I’m sent to the gulag. But this time I’m ready.

I hit the ground running – literally – I break into a sprint the second the 1v1 match starts. I bolt straight across to the other side of the map where my opponent has spawned in. I take a right and go around the back. There he is, his back turned to me, crouched, facing the direction from where I just came. I line up my sights, and with three quick shots from my handgun it’s all over. I won. Using this new found piece of wisdom, I went from losing 9/10 matches to winning 9/10. And to think mankind has known this simple fact for centuries.

Now… when they introduced assault rifles into the gulag, my winning streak ended. My rationale for this is that it slows my character down and I’m not able to sprint up as quickly as I would like. But, you know, Sun Tzu didn’t win his war either… even after he wrote the book.