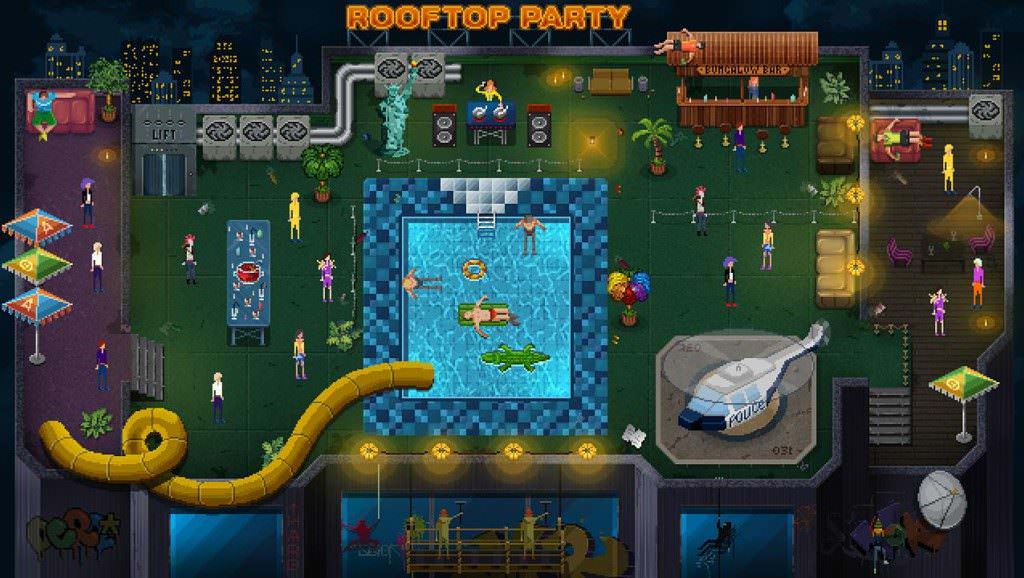 A rooftop party! Opens up opportunities for some high-rise accidents

This level will be in the final game, and gives the player a “static” taste of how that level might play out. Here is what’s new in terms of gameplay:

Party Hard won Indie Prize Amsterdam’s Critics Choice Award and is set to release on Steam this summer, followed by mobile releases and consoles to follow.