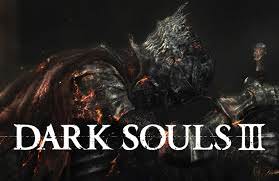 Dark Souls is quickly turning into a victim of its own success; in its recent coverage of the game at Gamescom, some journalists pointed out that the game feels far easier than all of its previous incarnations, and this does bring up an important point. I feel that there are several responses to this and I will get the simple ones out of the way:

1: It was a demo, was not the final product and even then will probably be tweaked after release.

2: Individual skill will always be a factor. I assume many of those who noted its easy difficulty were fans more than familiar with how the games play out (more on that in a minute).

3: Difficulty wasn’t, and never will be, everything. Especially in a series like Dark Souls.

Now for the more detailed answers. Looking back at the second point, can anyone really say for sure that we had games that played quite like the Souls series before Demon’s Souls in 2009? For sure, we had third person action games, third person(ish) RPGs, melee/magic combat games and, of course, games with exceptionally difficult gameplay, but that mix never came together so much as it did in Demon’s souls. And since then, as the series has become ever more popular, we have had more and more time to get better at it as a whole. Mostly everyone knows the drill now; the layout, the enemy wind-ups, the traps at every corner, the bumper/R1-L1 weapon attacks and the rolls, God, the rolls. When I say everyone, I mean everyone who has stuck with the series over the years. Sony players have a slight advantage in having two extra Souls-esque games to mess around with. Some would argue Demon’s was the hardest of the lot and they are arguably correct. Hardly anyone had an idea of how Demon’s worked at the time. Fast forward to today and these games, thanks to some truly intriguing attention to detail and a barebones but fascinating hidden backstory, these games have been trawled for secrets by gamers youtubers and PvP lovers alike. In doing so, people have had to dig deep into every single playstyle in order to get the most out of everything.

Don’t get me wrong, the fact that so many play and enjoy Souls games is one gigantic good thing right now, but it will probably spell the series’ doom eventually. I bet you right now the game that kills Dark Souls will be the game where they change everything in order to appease difficulty-critics, not its easiest incarnation. From Software will be after relying too much on the formula for so long that the saturation levels and weariness with the series will become too much to justify another entry, difficult or not. I adore Dark Souls, it is one of my favorite series in the past ten years, but I must say that it has been milked way too much in too short a space of time: Five games in less than six years (six if you count Scholar of the First Sin, Seven if you count Namco’s other release Lords of the Fallen) have begun to put some people off the idea of playing another one. It is very likely that the genre of action RPG could end up going down the same road as Shooters in the mid to late 2000s. We have already seen some of this in the fatigue exhibited by players of Dark Souls 2. I was one of the bigger fans of that game and yet I can agree that the law of diminishing returns has already started to set it. Maybe a hiatus would save the series, maybe a an entire reworking, maybe nothing at all (now doesn’t that pessimism suit a Dark Souls storyline?!). All of this is extra bad thanks to a dearth of other actual games coming out on new consoles. Because From Software has so little competition they seem to be set on squeezing as many titles as they can out of proceedings. It’s very possible I may be wrong on all this, but if the past few years have anything to show for us, its that the games industry doesn’t quite know when to stop itself on time.