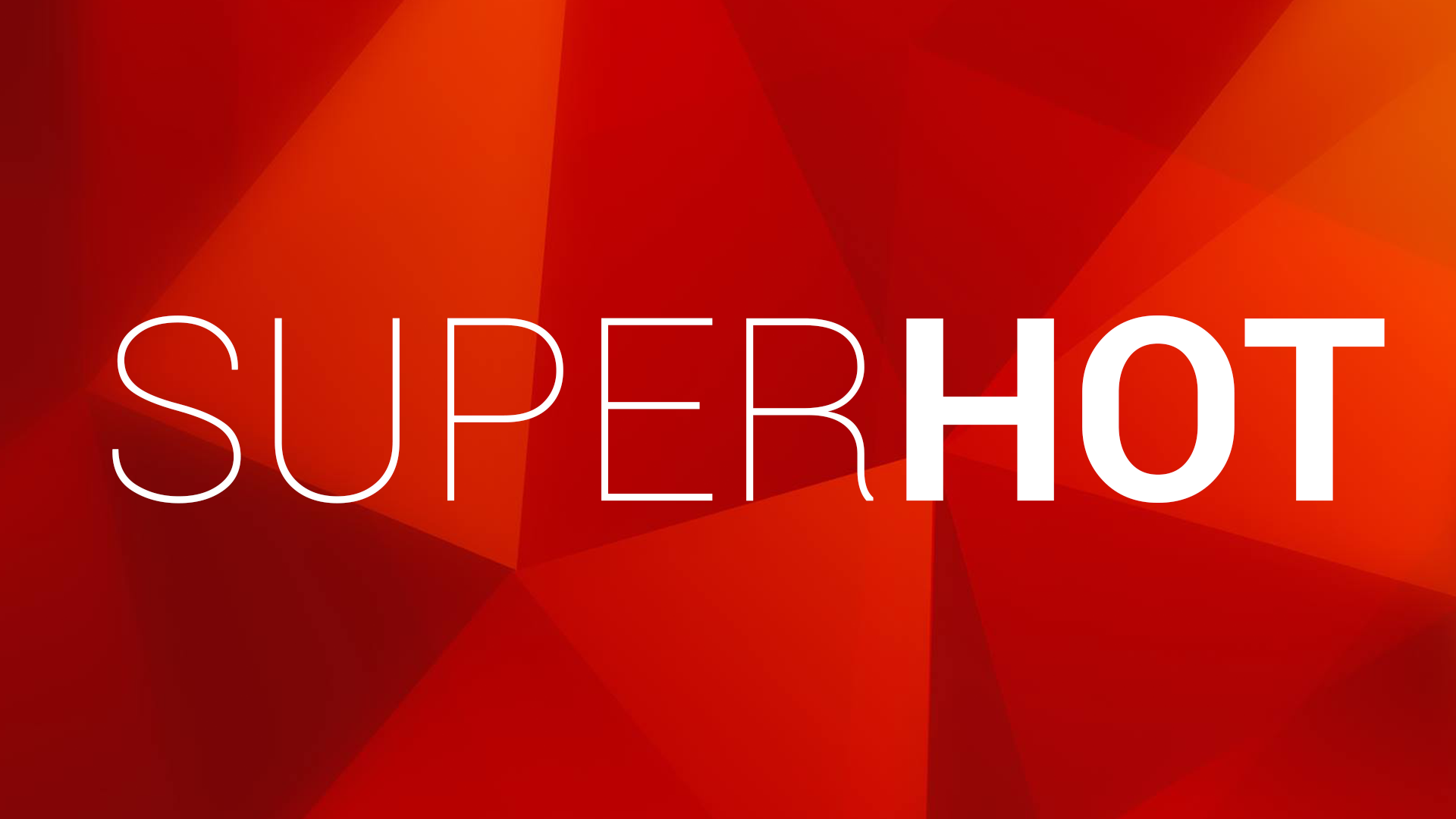 “Time Moves Only When You Move”

SUPERHOT is an upcoming first person shooter with a unique take on the genre with its stylised graphics and gameplay. As it says above, time moves when you move, which is an interesting idea because everything looks amazing in slow motion no matter what it is, right?

The game came from the 7 Day First Person Shooter (7DFPS) game jam in 2013, the prototype that came from that game jam is available to play on their website, which I would recommend playing. Straight away I was skeptical of the time mechanic that this game promotes so highly, I was initially worried that it would just be a gimmick that is fun for about twenty minutes and then you get bored. Thankfully it holds up all the way through, the game forced me to be way more calculated with my actions and accuracy as bullets are limited so you’ve got to make every one count.

SUPERHOT was successfully greenlit by the steam community within the weekend of submission that year and in May 2014 the team launched a successful kickstarter raising over $250,000 from the community, they were featured briefly at e3 2014 but since then there hasn’t been much about the game. That is until August 1st, team SUPERHOT have released a beta for backers that pledged $40 or more on kickstarter and also a new tasty beta trailer for us to feast our eyes upon.

From the looks of this trailer the game is coming on well and new particle effects add to it so much as well as they are now including melee combat. I’m really curious about where the story will come into play, so far we’ve just seen gameplay and now at the end of the trailer we catch a glimpse of what looks like the player being trapped and then “ENOUGH” flashes on screen, which gives us no real information about the narrative. Hopefully at full release there will be something that drives me to play till the end but it looks like it won’t be that necessary if the gameplay is as appealing as it seems.