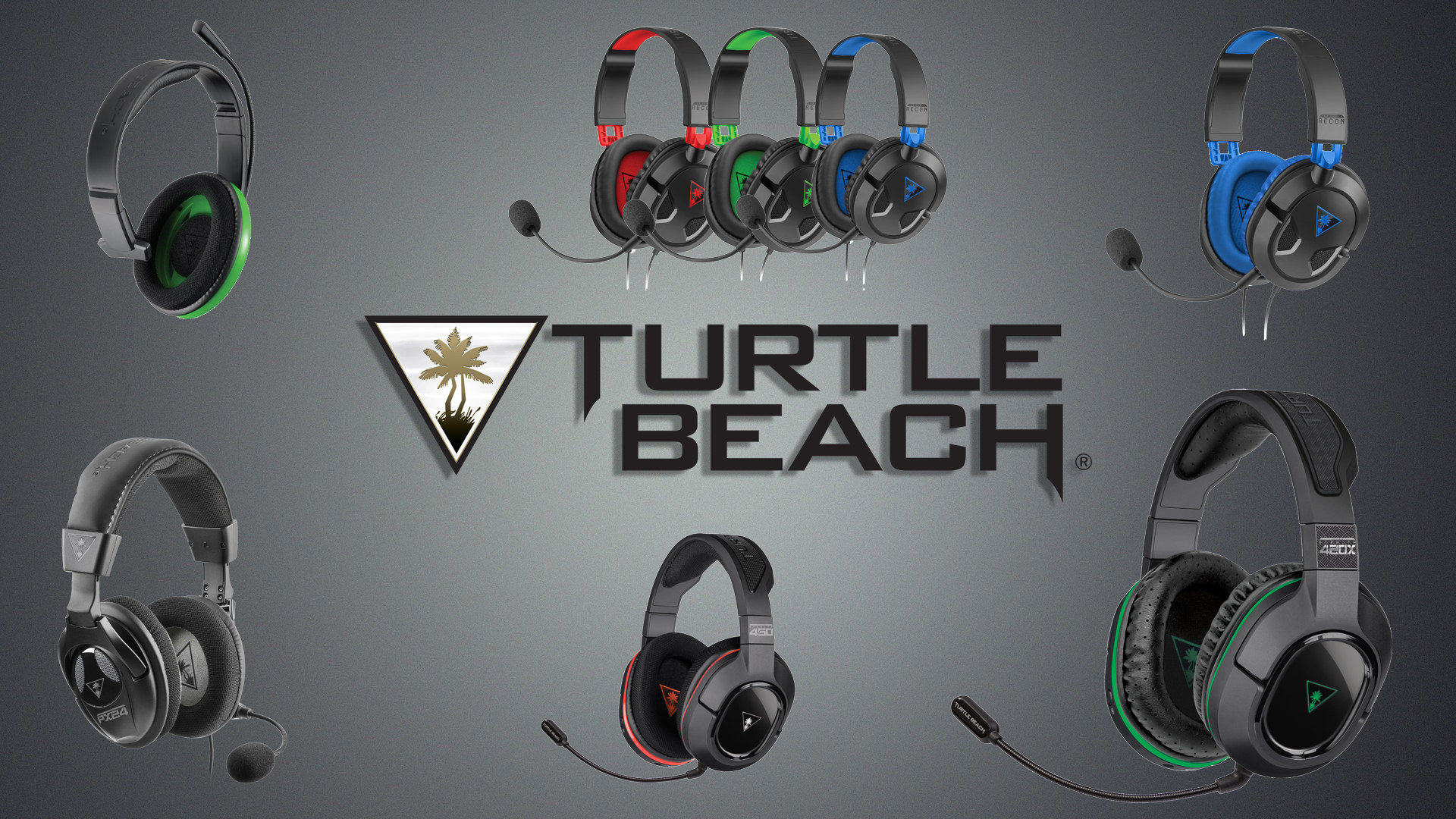 There’s much more than new games at this year’s Gamescom event in Cologne, Germany. Turtle Beach have their latest range of headsets on display on the show floor and the lineup looks better than ever!

Last year, Turtle Beach released the first wireless headset for Xbox One dominating the Xbox One market. There have been many other “wireless” headsets but nothing that was actually wire-free. One great example is the Gioteck EX-05 Wireless Headset which had a wireless transmitter that plugged into the back of your Xbox 360/ PS3 /PC. The downside was that you had a large bulky receiver hanging from the headset that made wearing it very uncomfortable. On top of that, if your were a 360 player you had to use an extra wire to connect this receiver to your Xbox 360 controller. 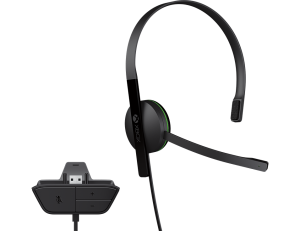 Ever since I upgraded to an Xbox One, I have been using the official Xbox One Chat Headset. It’s simple in its design and it does its function. But I hate it, I hate it so much and after wearing it for 3 hours you wonder whether the ability to talk to your teammates in a firefight is worth the trouble. For one thing, I have a cable dangling from my controller that literally gets caught on everything! Like, I mean the arm-rest, the corner of the desk, even the controller. On top of that I end up with a slight dent on the side of my head from where the band kept digging into my cranium.

Overall I have always felt that headsets were a great novelty and can sometimes be fun but not really worth all the extra effort. During Gamescom I met with the European Communications Manager of Turtle Beach, Keith Hennessy and he showed me the new line of Turtle Beach headsets. There is certainly a few options for gamers to pick from with the new Turtle Beach range of headsets, full details for which can be seen below. 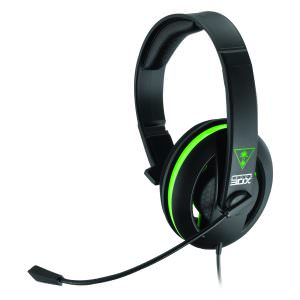 The first headset Keith showed me was the Ear Force Recon 30X Chat Headset. It was very similar to the design of my own one but much more advanced. The headset is very lightweight and balances comfortably. It has a nice amount of padding feels great. The mic is highly adjustable and can be moved out of the way completely when not in use. The headset also comes with in-line controls giving you quick access to Mic Mute and Chat Volume.

Considering that the official Microsoft one goes for €22.99, this an extremely attractive price. 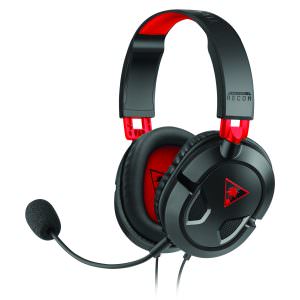 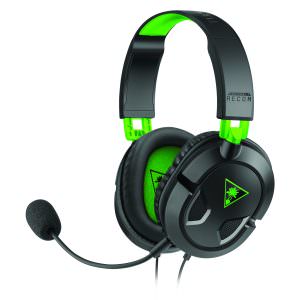 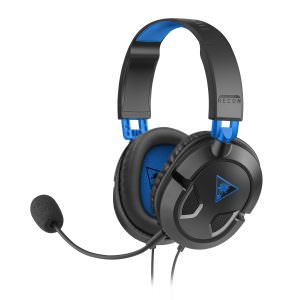 The Ear Force Recon 50, 50X and 50P prove that great headsets don’t have to come with the high price. They come in 3 different colours and a standard 3.5mm jack so you can connect them to literally any device. The lightweight design, comfortable fit and leather ear pads make this a great low-range headset. It also comes with a highly adjustable, removable mic that you can disconnect if you’re using the headset for activities such as watching movies or listening to music. 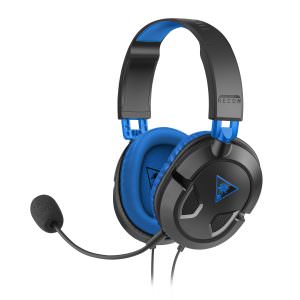 This headset is mainly for PlayStation as it has built-in Amplified Stereo Sound – High-quality amplified stereo game audio from both PlayStation 4 and PlayStation 3 consoles. This solves the problem a lot of gamers have with Playstation consoles and Sonys built in volume limit. Another feature the headset comes with is Mic Monitoring, which enables you to hear your own voice in the headset to avoid shouting. You also have conveniently placed in-line controls that control Mic Mute and Master Volume right at your fingertips.

The Ear Force Recon 60P Gaming Headset Connects to the PlayStation 4 and PlayStation 3 consoles via USB to deliver amplified sound and Mic Monitoring, and features a detachable 3.5mm jack for connecting (not amplified) to PC, Mac, mobile devices and Xbox One controllers. 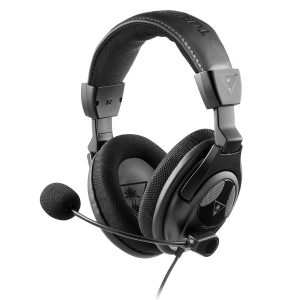 Many Gamers have a combination of Pc/ Console but not an option to use the same headset across them all. This is where the Ear Force PX24 Universal Gaming Headset breaks some ground. Even though there have been universal headsets in the past, this one seriously takes the lead packed with some great features.

First off, it includes Amplified Audio for All Devices, not just Playstation. This is great if you’re a PC gamer with a low/mid-range sound card. The headset connects to the in-line Ear Force SuperAmp with the audio controls are at your fingertips. The headset also comes with Mic Monitoring and Turtle Beach Virtual Surround Sound, giving your ears an unbeatable audio experience.

One of the greatest features of this headset is Superhuman Hearing™. I have lost many COD games due to the inability to hear enemy footsteps 300m behind me. With Superhuman Hearing, gamers can now hear enemies before they even come into view, giving you the competitive edge.

Overall this headset is Highly Versatile, allowing you to connect the headset to any device with a standard 3.5mm jack, so basically any device on today’s market. 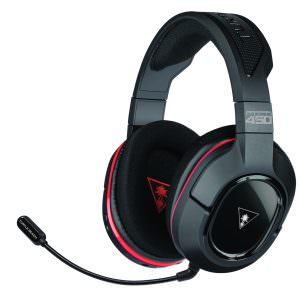 This headset has so much going for it I don’t even know where to begin. It’s 100% Fully Wireless, as in, No wires anywhere! It comes with X 7.1 Surround Sound and Surround Sound Modes and the game and chat audio is crystal clear. I demoed this headset playing an FPS shooter. I immediately heard footsteps right behind me and spun around to catch the enemy. All I saw was an empty hallway but seconds later they came around the corner and I was already waiting. Again, this is all thanks to  the Superhuman Hearing™ audio preset. Out of everything Keith has shown me so far, this feature is by far the most impressive and I can’t wait to make use of it, taking my gaming to the next level.

The removable microphone is quite sensitive and only picks up direct audio, so you won’t have to worry about background noise. Along with its high-performance 50mm Neodymium speakers and Variable Mic Monitoring, I feel that this headset will definitely be around for a while. 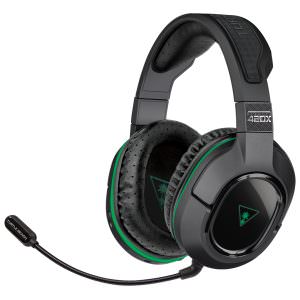 This is the headset that won me over. As I said earlier in this article, I have never been completely happy with Xbox Headsets. The fact that this is entirely wireless and comes with a great battery life has me excited to try gaming headsets once again.

I demoed this using Forza Motorsport 6 and the audio was just incredible. I could hear many ambient noises at once and the detail was amazing. It’s also one of the most comfortable headsets I have tried. The foam pads are nice and durable and the adjustable headband balances the headset perfectly.

The Ear Force Stealth 420X comes with 50mm Neodymium speakers, independent controls for game & chat audio, 15 Hour Rechargeable Battery and a Mobile Cable with In-Line Mic so you can use the headset with your mobile device.

Overall I think Turtle Beach have a great line-up this year and I’m very glad I got the chance to take a look. Stay tuned to Elitegamer.ie for the latest news regarding Turtle Beach’s new headsets and let us know which one will be getting your wallet open this winter.