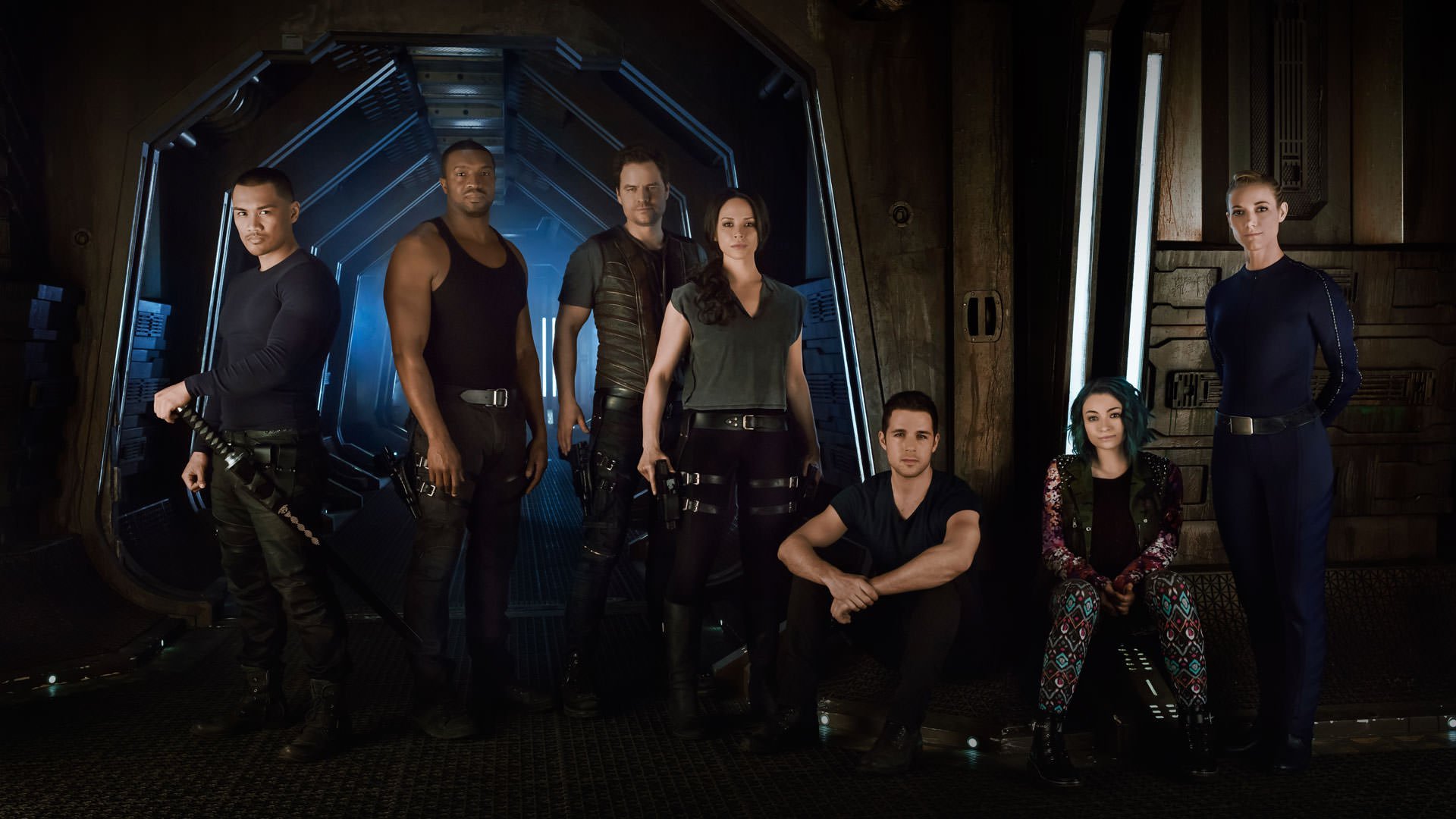 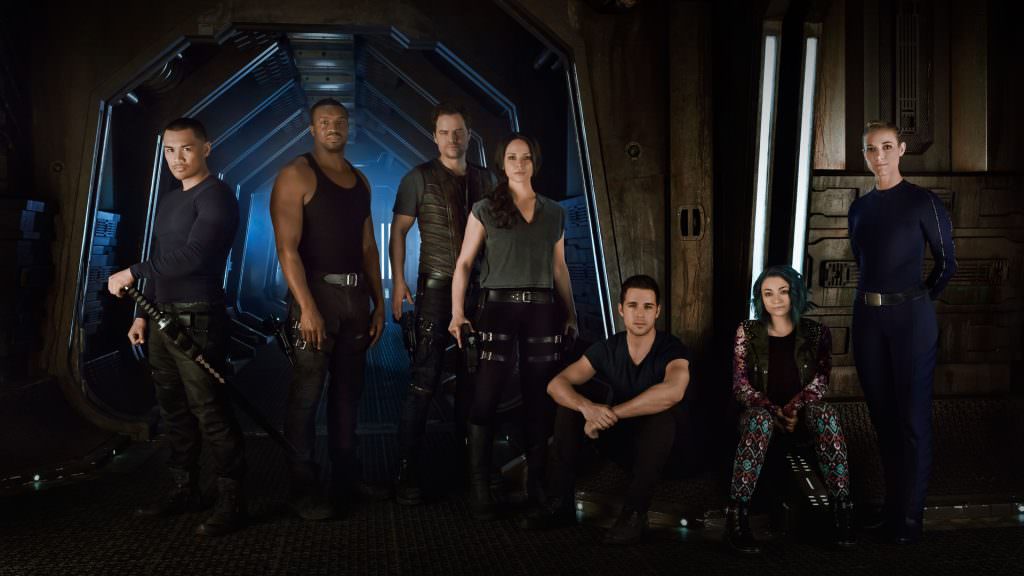 Dark matter is a TV series that premiered on Syfy. It is based on the comic of the same name which was published through Dark Horse Comics. The TV series itself is quite good, it has an interesting premise and likable characters but other than that it isn’t anything special. No hook, just something you watch to pass the time.

A group of mercenaries enter an aircraft to complete a mission but end up having their memories wiped out in a pod. This is where things start to get interesting. 6 people wake up with no clue where or who they are and why they’re even on the ship. As a solution, each of them are assigned a number as their temporary name in the order of their awakening. All they know is that one or more of the members is responsible for putting their amnesia.

The whole series consists of them trying to answer all the above questions as they became a close family on the ship. The interesting part to the series is that each of them bar five has a massive bounty on their head. They have to avoid being caught by the authorities while trying to figure out what missions to complete without their enemies realising how vulnerable they are.

Each character’s past unravels as the story progresses. As it turns out, they all have unique pasts and issues that force them into becoming mercenaries. The progression of the show is quite smooth. I really liked the flow bar of the last episode. The twist at the end felt forced and sudden. It would’ve been much better if they had answered a few more questions on the group rather then making some sudden dramatic exit to keep you hooked.

Each characters have a unique skill set and personality. A lot of thought was put into character development and there is a visible progression in everyone by the end of the series. I get the vibe that the cast works quite well together because they have good chemistry which translates into the series.

The actors and actresses did a wonderful job to portraying the characters accurately, especially Melissa O’Neill who portrayed Number 2. You would’ve never guessed this was her first acting role. Zoie Palmer also did a fantastic job acting as the aircraft’s android with her spot on robotic mannerism.

Overall the production for this series is good, considering their budget. Judging by the overall quality of the TV series, I’m guessing they had a rather small budget in comparison to the likes of massive comic franchises like Marvel Agents of Shields or Arrow.

The spaceship in which majority of the series was based looked visually appealing along with most of their settings. The fighting scenes are also on par with other action orientated TV shows but their graphics and visual effects were the main setbacks. Sure, the weapons all look realistic but when that beam shoots out from the gun, you know straight off the bat the visual effects could have been done better.

The story was rather simplistic so I’m pretty sure I will remember it for when Season Two comes out. I might re-watch parts of the series but it’s safe to say I won’t be adding the show to my DVD collection. Dark Matter is a TV show I would watch in my free time, not something I would binge watch on the weekend for my satisfaction.