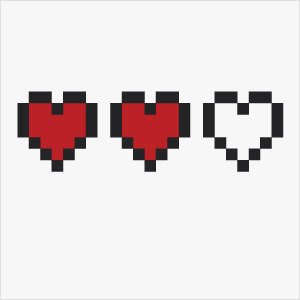 The average age of a gamer is 31. The average global human lifespan in 2013 stood at 71 years. That means that statistically, death probably isn’t a common occurrence among gamers. Now let’s look at how old the online gaming community is. Reddit is aged mostly 25-34, the average YouTube user is 27 years old and the Twitch.tv audience is even younger at 21 years old. For the most part we’re a really young community. So what happens when people who are in the prime of their lives are suddenly faced with death? 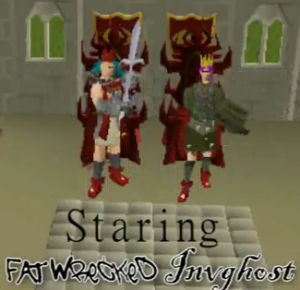 Let’s take a look at Ashley Miller. Ashley Miller made videos about a game called Runescape back around 2007 with the username ‘Fat Wrecked’. At a time when making gameplay videos were a fresh idea on Youtube, Ashley stuck out in the Runescape community. He made music videos, progress updates and that sort of stuff. The point being Ashley was well known. In a way you could say he was famous, at least within the community. His roughly 10k subscribers made him very popular. In May 2008 Ashley passed away at 18. He’d been dealing with medical issues but only told people he considered friends. His passing was a surprise and to many, unbelievable. His fans were so shocked that his father had to post proof of his passing on his Youtube channel.

In my opinion, the reason that his death was so unbelievable was in part because it was so unexpected among his fanbase, but also because his audience was young. They’d never had to deal with death in this way before. Sure, we learn at a young age that people eventually grow old and die but how many of us ever have to think about dying before our time? Ashley Miller made a small community of gamers mourn someone they’d never met and probably never even contacted. 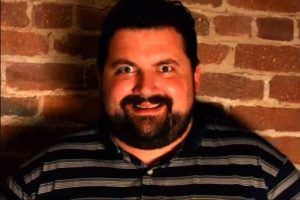 Ryan Davis worked at GameSpot for 8 years. From 2000-2008 he was involved with customer service, editorial duties and video production for one of the most popular video game websites in the world. In doing so he developed a reputation few people in gaming journalism could match. In 2008 Davis left GameSpot to cofound Gamebomb.ru Giant Bomb with current editor-in-chief Jeff Gerstmann. At Giant Bomb Ryan continued doing what he loved – dumb stuff – while hosting his own video series’ and establishing himself as host of Giant Bomb’s weekly podcast show, the Giant Bombcast. Over the course of his career Ryan worked his way into hundreds of thousands of lives. He had a presence that made him distinctly likeable. He was the definition of gregarious.

In July 2013, Ryan Davis passed away suddenly just days after his wedding. It was unexpected to say the least. The announcement of Davis’ passing was uncharacteristically formal for Giant Bomb. It was almost like in the face of such a dumbfounding event there was nothing to do but state the facts. Again, we’re talking about a relatively young audience coming to terms with the sudden death of a young man to whom they looked up. I’ll admit this one hit close to home for me. I’d probably spent well over a thousand hours listening to Ryan’s voice on the Bombcast when I should have been paying attention in school or to homework. I almost felt like I knew him and then suddenly he was just gone. No warning, no consolation, just loss. It was, as Matt Rorie described it, a hole in my life that I couldn’t contemplate how to fill. You can look up any article about his passing – the comments will tell stories of thousands of people who felt the same loss for a person they’d never met.

In 2013 John Bain’s Youtube channel hit a million subscribers. Bain, also known as TotalBiscuit/The Cynical Brit has amassed a tremendous following for his “WTF Is… ” series as well as the Co-Optional Podcast and his presence on Twitch.tv. Bain has also become somewhat of a figurehead for consumer advocacy in the gaming community and an outspoken representative of gaming media. In April 2014, Bain announced to his followers the possibility that there was a cancerous mass in his colon. At 29 years old John Bain had to confront the possibility that he would die young and he chose to share his concerns with his audience, stating himself that it’s the type of thing you’d expect to have to deal with when you’re in your dotage. Unfortunately, the mass was in fact cancerous. Over the course of the next 16 months Bain underwent chemotherapy, radiation therapy and eventually surgical intervention to remove the mass. For a year things were looking up with test results showing full remission. In October 2015 Bain announced via Twitter that the cancer had metastasised into his liver. Average life expectancy for people with his condition is 2-3 years, however this average is skewed by the usual frailty of sufferers of the condition and John has declared his determination to be a statistical outlier. Meanwhile the following he has built will have to figure out how to deal with a terminal prognosis of a beloved community member.

Well, I don't know if there is really a right way to tell people this, so I guess here goes. The CT did not (cont) http://t.co/2rAg7x9OFI

As gaming grows as a medium – with the aid of people like Ashley Miller, Ryan Davis and John Bain – the community with which it is identified will need to grow too. It may be that the average age of a gamer will remain low, after all it dropped 7 years according to some figures in 2012 thanks to a change in the way gamers were categorized. The people at the forefront will determine the maturity with which gamers carry themselves. Whether they know it or not, they inspire and influence millions of people. In a medium so widely used as an escape from reality, the ugly topic of mortality is rarely discussed seriously. Soon enough we won’t have any choice but to confront it.