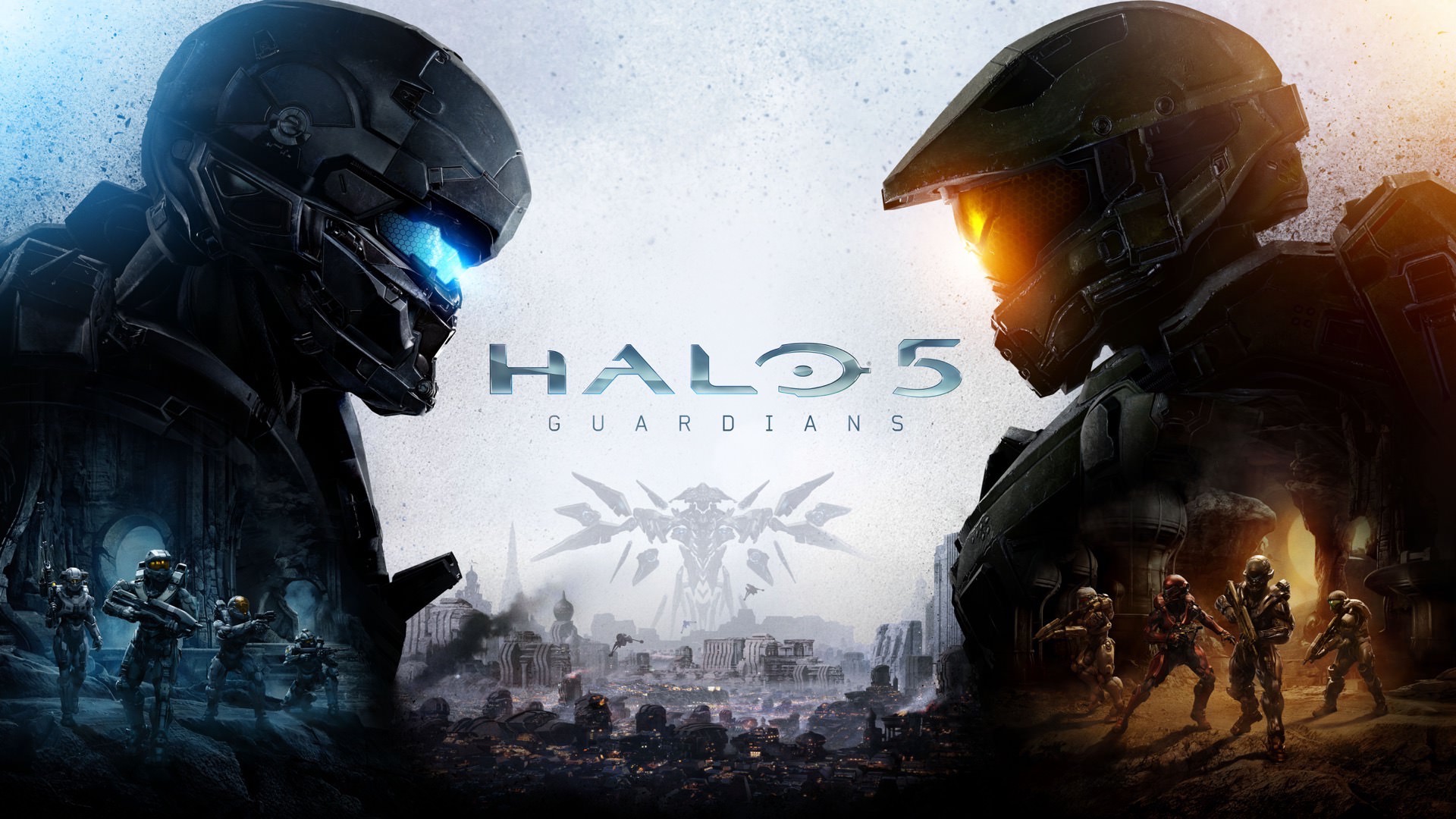 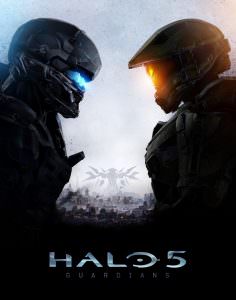 Halo 5: Guardians is a first-person shooter video game developed by 343 Industries and published by Microsoft Studios for the Xbox One.

343 Industries have really shaken things up after taking over the halo franchise back in 2009. Many fans were worried that their precious game would lose its magic in the hands of these new developers but when 343i released Halo 4, the biggest round of applause was from the original fans. Halo 4 introduced a new species of Aliens called the Prometheans.

The events in the campaign of Halo 5: Guardians take shape several months after the conclusion of Halo 4, as Master Chief is reunited with the UNSC and now has his own team of Spartans at his disposal. A new main character also enters the fold, Spartan Jameson Locke, who also commands a team of four Spartans. Very early in the game, Master Chief disobeys a direct order from UNSC command while in the pursuit of a mysterious objective, which leads to Locke and his team being tasked with hunting him down and bringing him back for questioning.

Both main characters commanding their own team of four is no accident, as the co-op play in the campaign is being pushed harder than ever. It’s a little more fleshed out than it used to be, with each of up to four players getting their own characters to control, rather than just carbon copies of the Master Chief that disappear during cutscenes.

Players bounce back and forth between Locke’s crew and the Chief’s team, which provides an interesting contrast as the plot unfolds. Though highly touted as new and shiny, the co-op is about the same as it’s always been, with the exception of revive abilities and giving simple directional commands to AI squadmates. That could easily be seen as a good thing mind you, as the co-op play has always been strong in the Halo franchise, and Guardians is no exception.

Both Locke and the Chief fight through a wonderful variety of landscapes, all of them beautifully rendered and packed with detail. Performance is solid, too, as the game rarely drops below 60 frames. The latter portions of the campaign did bring a couple of technical hiccups, but they’re barely worth mentioning, and the majority of missions were silky smooth.

Speaking of smooth, I can’t think of a better way to describe the gunplay in Halo 5. Every weapon offers phenomenal feedback, and there are so many of them to choose from throughout your skirmishes with diverse – and new – types of enemies. Between the visual feedback on the screen, the varied effectiveness of each gun, and the very detailed hit detector on the UI, I have no problem sadistically stating that I loved every moment of shooting endless hordes of enemies in the face.

The guns have some fitting new audio behind them as well. In fact, the audio design in general is the best we’ve had yet in the series. Back when Reach came out, I loved that Bungie made the Covenant seem ferocious and something to be feared for the first time, and that’s the same thing 343 has done with the audio in Guardians. The crackle that plasma rounds emit when they hit something close to you is enough to make you cringe, and the way needler rounds explode and break apart around you will make you think twice before sticking your head out when under fire.

Thankfully, the developers give you all the tools you need to combat this heavy enemy fire. In fact, it seems like 343 threw on every pair of training wheels and assists they could find. The aim assist feels very strong, sometimes even distractingly so. Ammunition from certain weapon types hone in on enemies, making the trigger feel almost like a win button. And now your AI companions can even pick you up when you go down, so deaths were few and far between. It’s all still very well done, but Halo veterans will definitely want to play on at least Heroic difficulty.

Unfortunately, as good as the visuals, the audio, and the gunplay respectively look, feel, and sound, the same kind of quality isn’t found in the plot. It starts with some promise, but the story takes a very odd and almost cliche’d turn toward the end. It’s impossible to really explain without spoiling crucial moments, but what always made the Halo story fun was its simplicity, and the direct way they chose to convey it. The plot in Halo 5 is by far the most complex story they’ve tried to tell, and putting aside my opinions of where they took it, it’s just not handled with the same degree of care that so many other aspects of the game were given. Having said that, the new voice talent is quite good, and Nathan Fillion’s comic relief is worth more than a few chuckles.

So how about that multiplayer? It’s long been the staple of the Halo franchise and it’s back once more with Guardians, but this time with a few new twists thrown in. To start, if you’re looking for the core Halo multiplayer experience of old – Slayer variants and simple objective games without all the frills of most modern games – it’s still here in the form of the Arena and it’s every bit as good as it used to be. Teamwork and locking down weapon pick-ups remain a crucial aspect in winning, as is a constant awareness of the motion tracker.

There’s also a new skill-based ranking system called the CSR – competitive skill rating – to go along with traditional play, which separates players into seven different divisions depending on your performance in your first ten matches, and then provides six ranks within that division. Winning games will move you up the ladder and potentially into higher divisions, but you can never drop from your current division. It feels like only a slight alteration to the skill ranks of old, but it’s done in a way that makes sense and it’s fun to see how you stack up while trying to improve.

For those who care not for the traditional Halo experience or are looking for something new, 343 tried to cover you with Warzone. Warzone is actually two new modes of 24 player combat. The first – which is just called Warzone – sees players battling both humans and AI alike, as they fight for control of multiple objectives on large maps. Throughout the game, AI ‘bosses’ will appear and can be killed for additional points toward your team’s goal. The other mode is Warzone Assault, and is a slightly simpler attack and defend game, still boasting large maps and 24 players in a room.

The problem with the Warzone modes, and particularly the vanilla mode, is that they seem a little imbalanced. In nearly every game I played, my team either won in a landslide, or we were so outmatched that we spent the final few minutes trapped in our spawn, dying within 10 or 15 seconds of respawning each time. It can be a fun mode when it works well, but those instances have been very few and far between.

There’s no CSR in Warzone variants but there is a simple XP-based ranking system that follows you around across all modes. 343 also added something called Requisitions to multiplayer, which allows players to collect cards for use in-game. That part of the multiplayer is pretty well done, as you can’t just spam Scorpion Tanks and Rocket Launchers via Requisition cards all the time. You first have to build up energy via playing well, and then you pick your weapon/vehicle of choice, assuming you have the appropriate card. There are also cards for appearance-based items and boosts that work across all modes, but most of the Requisition cards only work in Warzone.

And that’s kind of where the problem lies with the new systems and modes they’ve added. 343 banked heavily on players loving Warzone, as that seems to be where they invested most of their time. The problem is that it’s probably the weakest aspect of the multiplayer, yet the majority of the Requisition system is limited to that mode. It seems like a bit of a gamble that might not pay off in the long run, especially with the inclusion of only a few maps that even support the Warzone variants.

Finally, there are microtransactions in Halo 5’s multiplayer. You can pay real money for Requisition packs that contain potentially very powerful guns and vehicles for in-game use. Because of the rarity of the really good cards, and the energy system in-game that keeps players from spamming them, it doesn’t exactly feel like a ‘pay-to-win’ scenario, but it’s getting dangerously close. Thankfully, those packs won’t help you against other players in the competitive arena modes, so it’s a non-issue if that’s where you end up spending your time.