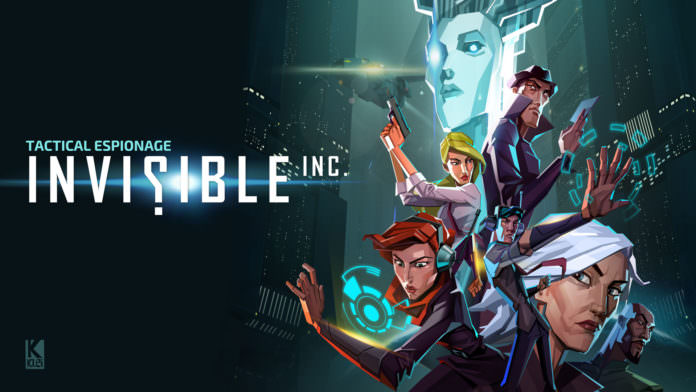 Invisible Inc. begins with corporate security agents infiltrating your spy agency. You have 72 hours to prepare for your final run-in with your enemies. You will either succeed and destroy the corporations or fail and Invisible Inc. will be no more.

Invisible Inc. is very similar to XCOM: Enemy Unknown, the acclaimed 2012 alien invasion strategy game. You have a team of operatives that are sent on missions around the world, on a clock. The game is played in turns, with you manoeuvring your agents around the map, then your enemy doing the same on the next turn. The difference in this game is the stealth element.

Klei Entertainment, the indie game developers of Invisible, are known for the much-loved Don’t Starve. Invisible Inc. is nothing like it, but no less brilliant. The developers are highly community-orientated and always listen to their fans. They also update their games regularly and keep them ticking. DLC is something they come out with on a regular basis too, with the first piece of added content for Invisible Inc., Contingency Plan, released as of this weekend.

The timer that the game runs from the start is immediately stressful. You only have 72 hours, and sending your agents across the world consumes a lot of time. It’s daunting at first, and difficult to know what’s worth your time. The game teaches you well though, and it’s fairly simple to beat the game on the lower difficulties, once you figure out what you need to survive. If you’re used to games like this, you will need no introduction. The rewind feature, which reverses time to the start of your previous turn, is invaluable at first, but on the higher difficulties isn’t an option.

The graphics are just stunning. Cutscenes are few and far between, but well worth the wait. The cartoonish, streamlined cyberpunk style suits the game perfectly, and the atmosphere is enhanced by the electronic music in the background.

Invisible Inc. is an excellent turn-based strategy game, with wonderful stealth elements. A real pleasure to play, and replay, with quirky and cool graphics, this is definitely one to pick up. Especially since it’s the 10-year anniversary of Klei this weekend, and the game is on sale on Steam. If you like strategy, stealth, and/or cybercrime (even if you don’t!), Invisible Inc. is highly recommended.