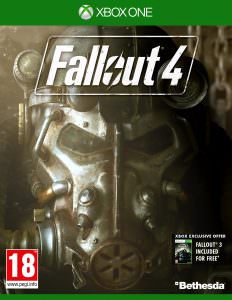 Bethesda’s most S.P.E.C.I.A.L. game yet looks and feels spectacular!!

Fallout 4 is easily the most anticipated game of this year! I finally managed to stop playing long enough to write this review. The visuals are stunning and breathtaking and Bethesda really has triumphed with this new addition to the series. Starting off in the sunny suburbia of Boston, 2077 you bear witness to the post-war desolation as you see you’re familiar neighborhood lying in ruin.

The game opens up to the character creation giving the player a vast amount of customisation options and the ability to alter every detail of their characters image. Once you are transported into the world of Fallout you find yourself in a brightly coloured house featured in the trailer. After walking around for a while, a man comes to the door and continues the customisation a little by allowing you to select your characters name and player stats. You can read more about stats below. Overall the game is pretty easy to get started in, even if you are new to the Fallout series. 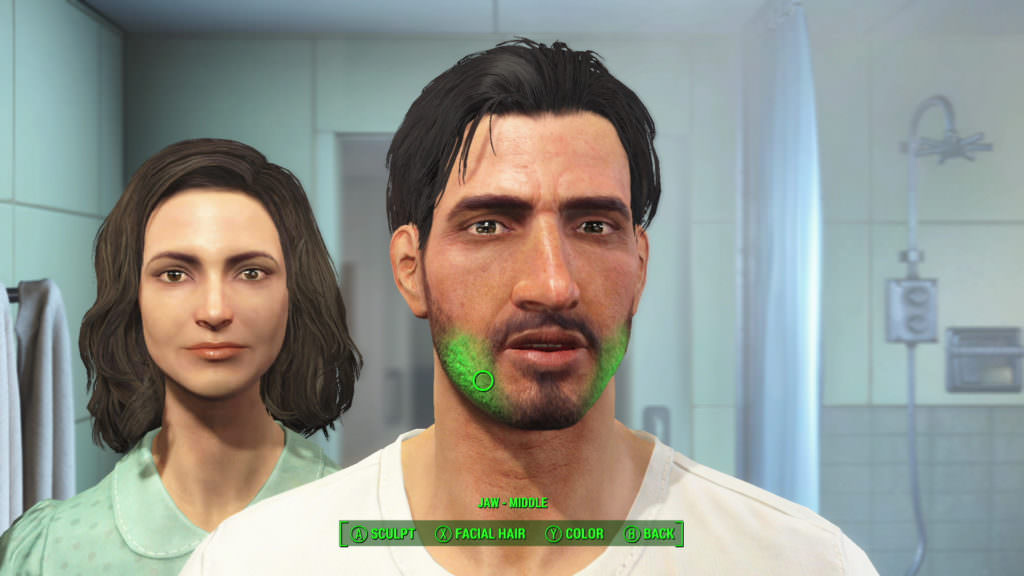 The main issue I keep encountering with this game is the frame rate. On PS4 and Xbox One it runs 1080p at 30fps but often times I find that this can drop significantly, usually while in combat resulting in a quick death. So far I have experienced this issue on a few occasion playing it on Xbox One but it seems to be less common on the PS4. PC users have the advantage of being able to lower the graphics quality if they run into any issues. They also have the option of running the game in 4k resolution, provided they have the graphics and processing power to do so. Back in June, Bethesda announced that fps would not be limited on the PC but as it turns out it caps at 60fps. 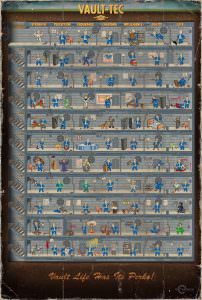 Stats in Fallout 4 are called SPECIAL. SPECIAL is an acronym for Fallout 4’s leveling system. Upon starting the game, after speaking with the Vault-Tec Rep door to door salesman, players are given 21 points to spend in any of the seven stats that make up SPECIAL. Upon leveling up, players are able to improve these stats, which in turn unlock new abilities called Perks. Perks can then be improved further via Ranks.

There are 10 Perks associated with each S.P.E.C.I.A.L. Stat totalling 70. They are further subdivided into Ranks, making a for a total of 275 possible ranks. Players will earn one perk for each level. This new variation on the leveling system aims to increase the variety of player builds and streamline the progression system. There are also Perks you can acquire from reading Perk Books, Companion Perks which you gain from Companions, Unique Perks, Deathclaw Perks and Enemy Perks.

Very early on in the game you get find your first suit of power armor, which comes in handy against those difficult monsters. This is unusual as in previous fallout games, players only get access to Power Armor at a later stage. Power Armor is a special type of armor that provides the wearer with bonus damage resistance, strength and a higher carry weight. It requires a Fusion Core to operate, and can be found in a variety of different locations, and will now be fully customisable at Power Armor Stations found across the wasteland. The armor is an environmental protective suit which provides the wearer with superior defense, carrying capacity, resistance to falls, and protection from radiation.

The ability to build stuff when you’re not exploring or killing is the biggest addition to the core of the game, which is otherwise nearly identical to Fallout 3. In certain places, you can set up structures and objects cobbled from all the junk you find out in the wasteland. This is a great excuse to hoard all of the junk you find lying around the wasteland. One of the early missions tasks you with building beds for the local settlers, which is where I encountered my first major bug. While trying to place the beds they kept floating in midair and refused to cooperate. Thankfully this glitch righted itself after a console restart and a few hours on google but was enough to leave me agitated for a while afterwards.

The build mode feels similar to Skyrim’s Hearthfire DLC, but with more freedom. You get access to walls, floors and roofs, each piece snaps together for easy building. You can also construct turrets, barbed wire fences and mines to ensure your settlement is well protected. 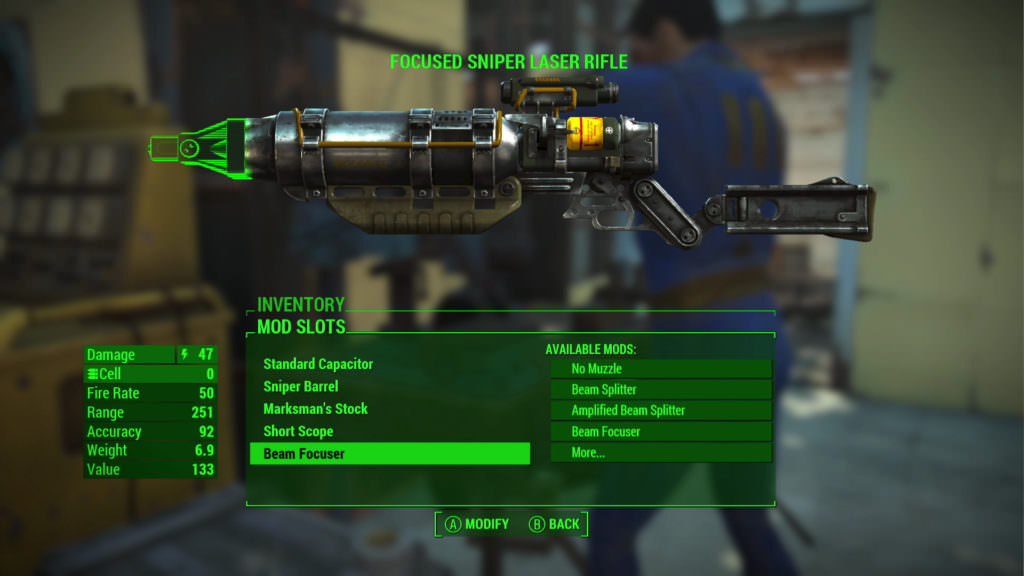 One of my favourite things about the new Fallout is the gun-smithing. Bethesda introduces a whole range of interesting options for weapon upgrades. Just like building items for your settlement, the junk you find in the wasteland can be broken down and used to upgrade your weapons and armour. You also no longer have to worry about your gear breaking down from overuse. I spent a lot of time crafting different weapons, which is crucial if you want to overcome the danger you find in the wasteland. Enemies seem to be a lot tougher compared to the previous games and I found myself running out of bullets fast if I wasn’t too careful. One trick I learned early on is to carry a weapon for each bullet type to make sure I was always armed.