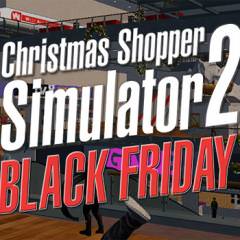 Leading gaming retailer, GAME released the free game in a bid to advertise and get players to splash the cash in-store. The entire game is a clever advertisement that brings you to their site.

On a similar thread to last year’s release, Christmas Shopper Simulator 2: Black Friday is a silly lighthearted game. Features include the world’s longest selfie stick and the chance to play as a fly or an ant.

Fred Prego, insight and marketing director at GAME, said, “We wanted to say thank you to our gaming community. Black Friday comes along but once a year. Now, gamers can enjoy it every day.”

This free sandbox is available for free for Mac and PC here.