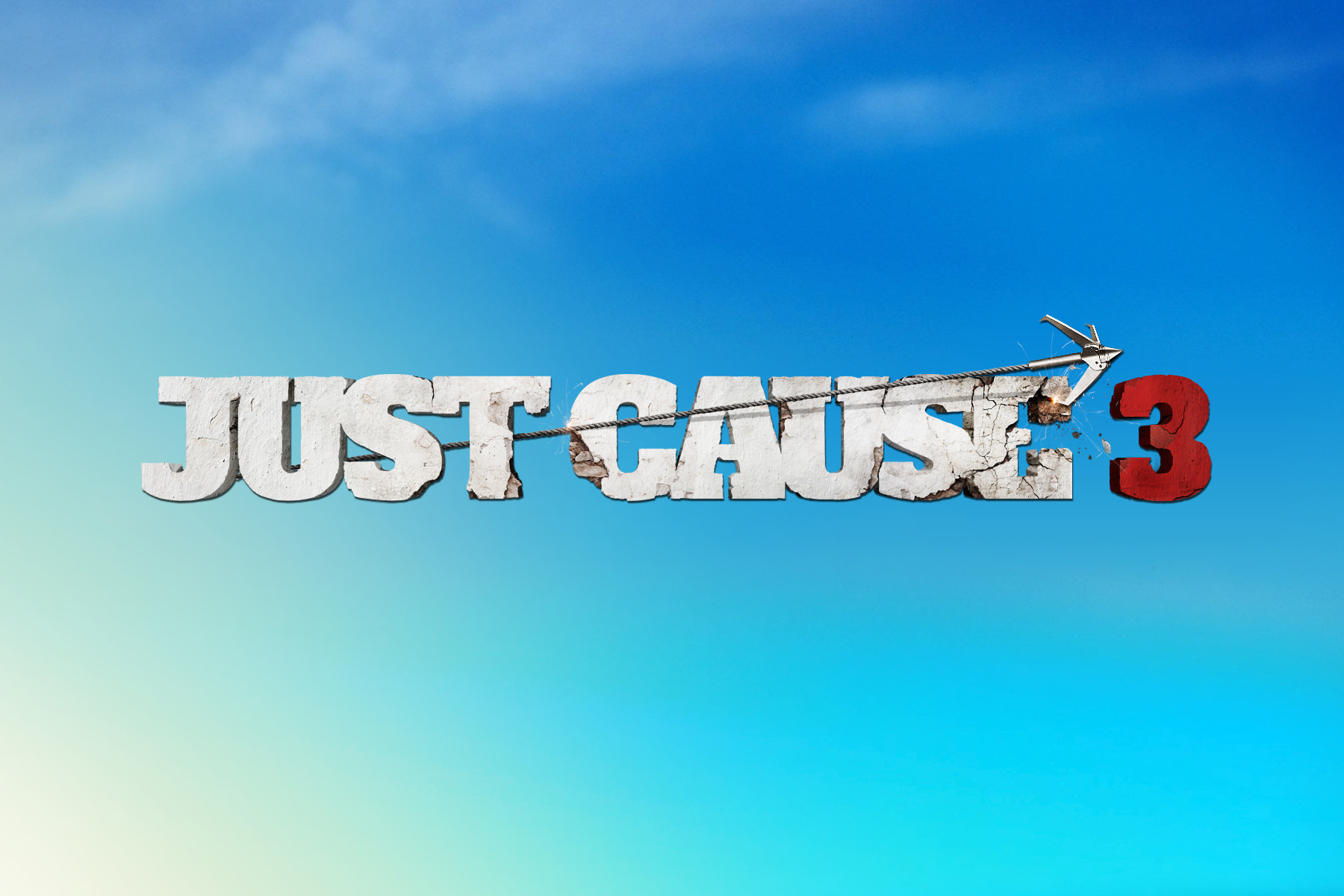 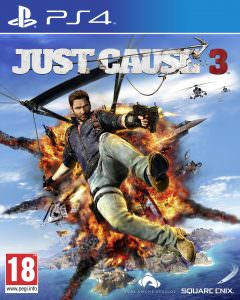 Just Cause 3 is one of the most spectacular cases of a game succeeding in spite of itself I’ve ever seen. It’s such a mixed bag of incredible set-piece moments, brilliant gameplay mechanics, technical problems and bizarre design choices that it’s hard to know where to start. I suppose I should start at the beginning.

First of all, you may be wondering why this review is coming almost three months after Just Cause 3 was released way back in the heady days of December 2015. While we had initially planned for some more timely coverage, certain problems presented themselves. As a result of those problems this review is based solely on the PlayStation 4 version of Just Cause 3, although I’ll address my experience with the PC version. With that out of the way, back to the review.

The first thing you’re going to hit when you boot up Just Cause 3 is a loading screen. Here there’s a huge disparity between consoles and the PC version. Load times on the console versions are significantly longer than on the PC. Even with a relatively meagre HDD speed on the PCC, load times will be significantly reduced if the game will run for you. That’s a big if, by the way. We’ve posted a story about the seemingly random performance problems JC3 has been suffering on PC and there’s now a rather large Steam forum dedicated to the subject. Suffice it to say if you’re going to get the PC version, do your research first.

What you’ll hit next is a DRM check. The Denuvo DRM used by JC3 is supposedly fairly difficult to crack and some players have claimed it causes performance issues on PC. I can’t speak to those claims but based on my experience with the PS4 version there’s no noticeable impact of having the DRM active during gameplay. How did I test this? Well, it turns out that if your internet speed is down because you’re uploading/downloading files, Denuvo can take a long time to verify. I’m not sure exactly how long but after about 10 minutes I disconnected my PS4 and played without it and without any difference in performance. 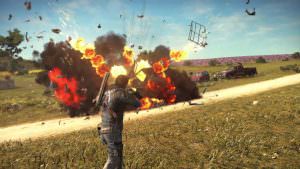 All right, with that out of the way let’s get down to business. As a huge fan of Just Cause 2 my expectations were set pretty high for the sequel. In some ways what Avalanche have delivered meets those expectations but in others, it falls short.The good news is that minute-to-minute the gameplay of JC3 exceeds that of JC2. The wingsuit/parachute/grappling hook combo improves upon the already peerless mobility of Just Cause 2 and adds new levels of speed, risk and skill to the game. The destruction likewise has seen a huge improvement, especially with Avalanche seeming to take inspiration from some of the more popular mods for Just Cause 2 and adding the ability to create multiple tethers at the same time. You’ll have a tough time finding something more satisfying than holding down a button and watching a radio antenna slowly implode thanks to a few strategically placed tethers. 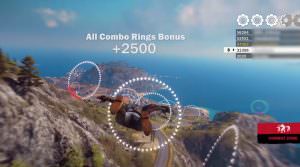 That being said, there’s one particular aspect of the design of Just Cause 3 I found baffling. Just Cause 2 had an unlock system governed by chaos. That sentence sounds cooler than I’d intended. ‘Chaos’ was a stat in the game similar to a currency which was doled out based on how much government property you destroyed, which vehicles you blew up, all that good stuff. In order to gain the ability to call in certain weapons of vehicles, you would have to have caused an associated amount of chaos.

Just Cause 3 does away with this system and replaces it with what feels like an attempt to artificially inflate the amount of content in the game. Instead of having upgrades and unlocks governed by chaos, upgrades or ‘mods’ are unlocked through challenges. Not only are upgrades limited by challenges, but your performance in said challenges is graded on a 1-5 scale. In order to unlock all of the upgrades available, you need to perform perfectly in every challenge.

This in my eyes is a huge step back from what felt like an incredibly organic and narratively justified system. In its place what’s been implemented feels clunky and frustrating at best and downright unfair at worst. The first instances of several challenges are impossible to complete with a perfect 5/5 rating because achieving a 3/5 will unlock some kind of upgrade. For example, in order to unlock the ‘nitro’ speed boost for land vehicles, you need to obtain 3 gears in landraces, at which point it becomes trivial to obtain 5 gears. This bizarre back-step is only emphasized by the load times associated with restarting a challenge. Oh, did you mess up 10 seconds into the challenge and have to restart? Have fun during the ensuing 45-second loading screen. Missed that 5/5 score by just a hair? Again, substantial load times between every attempt at the challenge.

It’s the same issue that plagued Tony Hawk’s Pro Skater 5 earlier in the year – there’s just too much time between subsequent attempts at a challenge and it kills any momentum the game had. To add insult to injury, many of the upgrades are abilities that feel like they should have been available by default. Things like the ability to close the wingsuit in mid-air would add to the mobility skill set greatly but for no good reason are gated behind repetitive and frustrating challenges. This is the aforementioned design challenge I just can’t understand. Why lock abilities – even abilities that were granted by default in just Cause 2 – behind arbitrary requirements? Again, it feels like an attempt to flesh out the world because the developers felt that there wasn’t enough content as it stands. 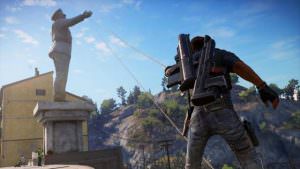 In spite of some of the more annoying aspects of Just Cause 3, I can’t argue that it hasn’t been captivating. The mobility and manoeuvrability of Rico is second-to-none and the core gameplay kept me coming back time and time again. I can only hope that Avalanche take some very serious lessons from Just Cause 3. Plagued by technical issues, dumbfounding design choices and a botched upgrade system, I find it difficult to recommend this game to fans of the series. Luckily we’re a rare breed so if you’re looking for a destructive open-world romp and you have a machine capable of running it, Just Cause 3 might be what you’re after.