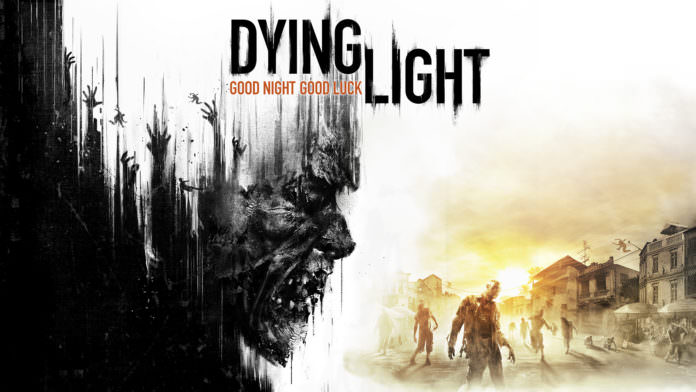 Winner of over 50 awards and nominations, Dying Light is possibly the greatest zombie game I have ever played. The idea of this game is to run and jump while navigating the zombie-infested city of Harran. You must travel through an amazing environment filled with obstacles to locate supplies and weapons while completing missions.

Dying Light is definitely  a big improvement from Techland’s last game, Dead Island. While it still feels like a Techland game, Dying Light is nothing like the Dead Island games. With the zombie genre consisting of comical games such as Left 4 Dead, Dead Rising and Dead Island it’s satisfying to be able to play a game that brings a sense of realism into its gameplay. 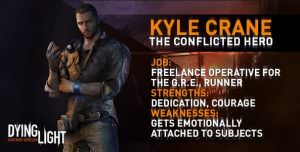 Dying Light puts you in the shoes of Kyle Crane, a covert operative for the Global Relief Effort, aka the GRE. Crane gets dropped into Harran, Turkey, a fictional city which has been quarantined following the outbreak of a virus that turns people into zombies, to recover a secret file about the outbreak stolen by a rogue GRE operative.

Dying Light gives players two sizable playgrounds to explore with a wealth of lootable locations. This is where the first-person free-running mechanic comes into play. This is an essential part of the game due to the fact that there are no fast-travel options so the only way of getting around the map is on foot. It’s not as fast-paced and fluid as Mirror’s Edge but as Crane is still human it feels natural when he gets tired from running or scaling the sides of buildings. 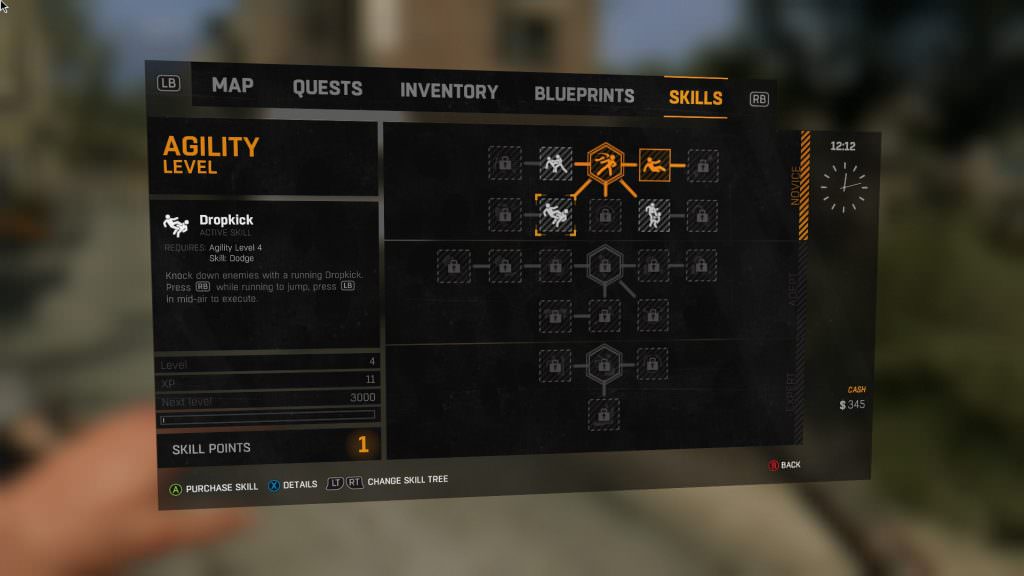 Dying Light also comes with a decent amount of valuable skill upgrades. The skill trees are split into 3 main categories — Power, Agility and Survivor. Players can spend their skill points upgrading the skill trees to unlock new perks and abilities.

There are 23 levels for Agility and Power and 21 levels for the Survivor tree. Each skill requires a certain Level and in some cases, a pre-requisite skill must first be unlocked. For example, the Dropkick perk which is under the Agility section requires Agility Level 7 and also the Dodge perk to be unlocked first. 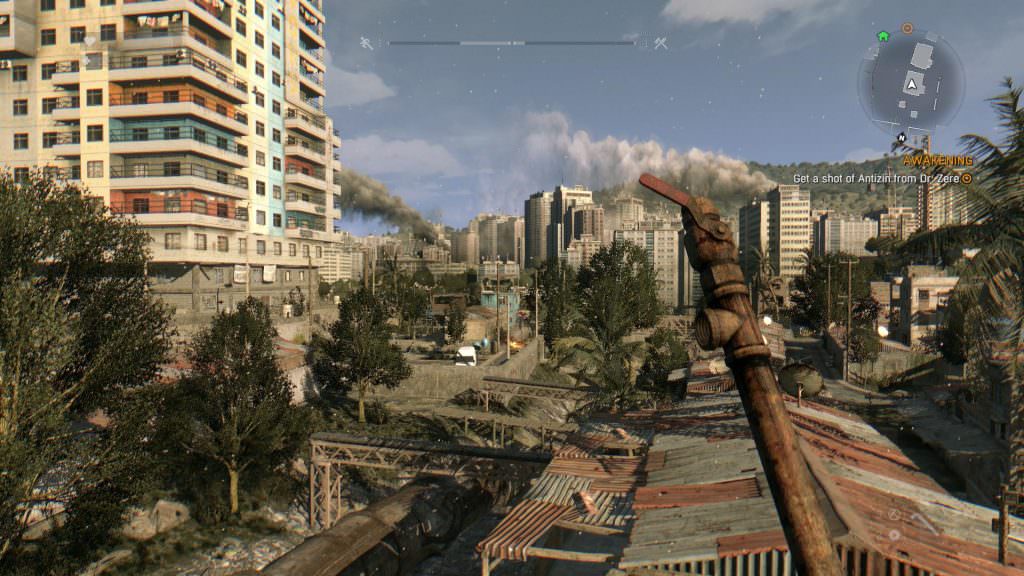 Low-level players may get frustrated by the fact that their weapons are not permanent, and usually need to be changed regularly. All the weapons in Dying Light can only be repaired a certain amount of times, and if it’s a high level or rare weapon, chances are it can’t be repaired at all. While freerunning around Harran, the most common weapons players find are pipes and wrenches, these are typically low-level and low-damage weapons that take 3-4 hits on a zombie to put them down. The trouble here is when there are 5+ all attacking at once, between dodging blows and repairing the weapon between hits things can quickly go south.

One of Dying Lights best gameplay aspects is the nighttime combat — You must escape from hordes of zombies much more dangerous than those you find wandering around in the daytime. While freerunning around Harran and drop-kicking zombies is great during the day, once the night hits it becomes a whole new game. This game mode opens up after playing through the game for a while and with good reason too. Evading these new and more powerful zombies is no easy task and requires high skill and precision utilizing all the skills you have learned thus far in order to survive. 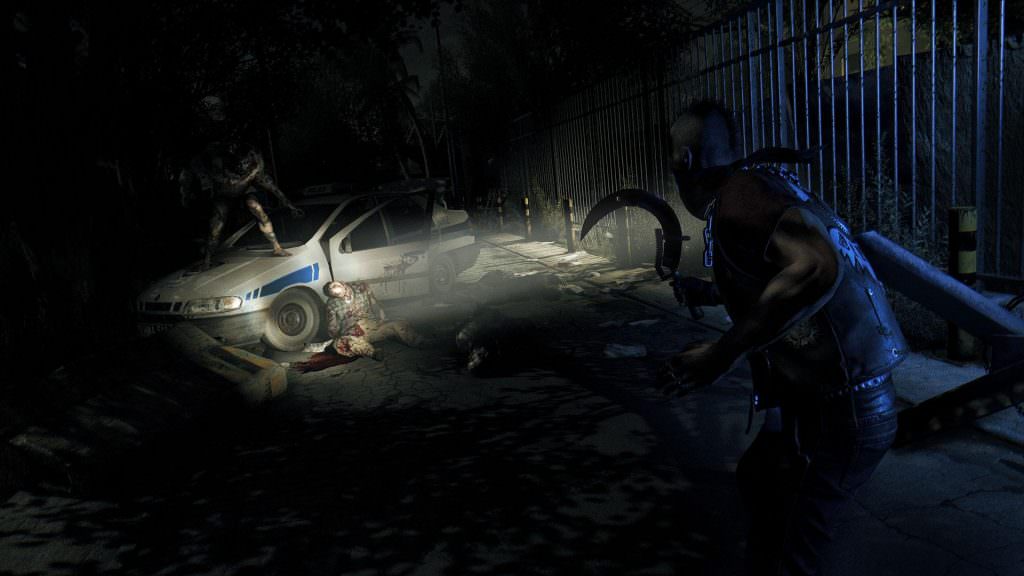 Night time is for when you want to level up quickly, it’s twice the XP for strength and agility and you are stronger at night, but so are the zombies. The chances of finding rare loot or weapons also drastically increase.Once you feel comfortable that you can survive and not die (losing survivor points), night play is a great place to farm resources, but in the early game it’s best just to avoid it until you’re prepared. Night time only lasts for 7 minutes while daytime lasts for 64.

The storyline really takes a backseat in Dying Light. It’s really just an excuse to send Crane on constant fetch missions. Interactions with the other NPCs is also very minimal, offering no dialogue choice and very little engagement with the stories characters at all. They only character I really got any way attached to was Jade. Crane spend a lot of time interacting with her during missions and she keeps in touch over a headset while he is out killing zombies so its easy to see why this would be the case. 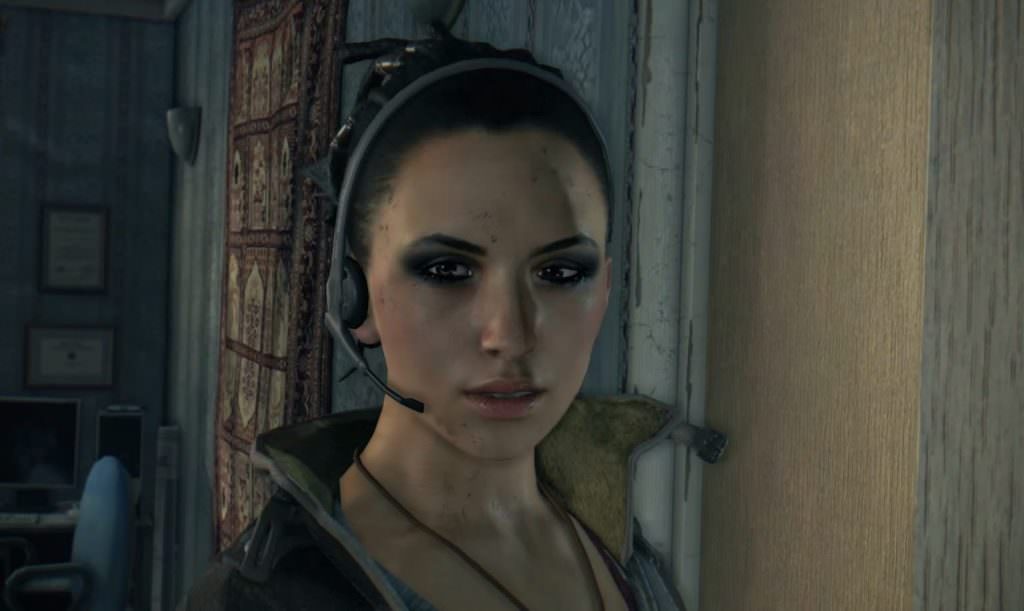 Voice acting has greatly improved in video games in recent years, before it was fairly mediocre but now with improved graphics and performance, the quality of spoken dialogue has an expectedly high standard. While Dying Light is no exception to this rule with Roger Craig Smith voicing Crane, many of the less frequent characters were disappointing. It’s not many gamers will really notice when there is less than 10 seconds of dialogue but eventually all these random NPC encounters begin to sound the same. 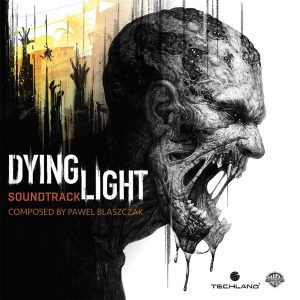 Paweł Błaszczak, the audio director of Techland, who has previously composed the music for The Witcher, Dead Island, and Call of Juarez, composed the music for Dying Light. According to Blaszczak, the music of the game was inspired by movie soundtracks in the 1970s and 1980s, as he considered that the noticeably sadder tone of such music is more appropriate for the game’s post-apocalyptic setting than typical horror music. Synthesizers are commonly used within the music, so as to “present a feeling of abandonment, emptiness and sadness” to players.

Overall I was very impressed with how Techland developed this game. Dying Light contains hours of beautiful gameplay, a huge range of brutal weapons and enough close encounters to make any gamer nervous at certain stages. With so much to do and such a vast playable area it’s hard to be bored while playing this game, so much so that even when you’re not playing it, you’re thinking about playing it — and to me, that’s what makes this game great!