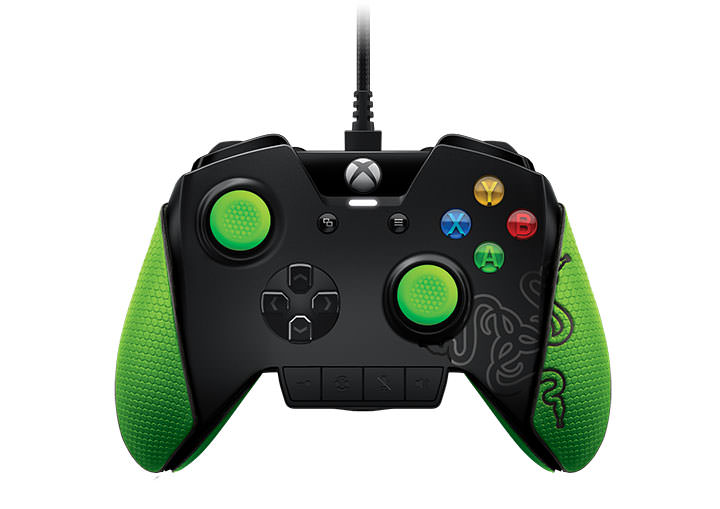 know this is an unpopular opinion, but I don’t like the standard Xbox One controller. I find it bulky, heavy, and uncomfortable to use, to the point that I’ll often play Xbox One remotely through PC, even when the TV is free, just so that I can use an Xbox 360 pad instead.

That’s changed with the Razer Wildcat, a controller that’s “designed for esports” and, by extension, is pleasantly comfortable and responsive, even if you’re not using it for esports at all. Comparisons to the Xbox One Elite Controller are unavoidable, given that it’s the same price and is aimed at the same target market, and while the Elite is much more feature-rich, I much prefer the comfort that the Wildcat offers.

Out of the Box

The Razer Wildcat package comes with:

Getting the Wildcat up and running is as easy as plugging one end of the USB cable into the controller, and the other end into the Xbox One or PC. It’s a wired controller, so there’s no need for Bluetooth pairing or anything like that; just plug it in, and away you go.

Depending on what optional components and features you want to make use of, setting up can take a bit longer. The thumbstick caps slip over the grips fairly easily, but if you want to attach the palm grips, you can expect to spend a bit more time trying to line them up and apply them evenly—it’s a bit like putting a screen protector on a phone, but where those are rectangular and applied to flat surface, here you’ve got an oddly-shaped piece of rubber to attach to the controller’s oddly-shaped palm grips.

In all honestly, I laboured for 10 minutes (which felt like hours) getting one side lined up just right, only to find that it was slightly off when it came to actually applying it—not a lot, but enough to be a nuisance. After that, I gave up on the whole notion. It’d have been nice if a more user-friendly solution was used for the palm grips, like the rubber sleeves you can get for Wii Remotes. This would also make them reusable, rather than the current one-use-only approach as a result of the adhesive.

The extra triggers are much easier to deal with, not least of all because the controller ships with them installed. Removing them is a simple case of unscrewing each one with the supplied screwdriver, sliding it out, then locking the slot it attaches to, while putting them back on is just a matter of doing the same in reverse.

I don’t like green generally, and especially not the shades favoured by Razer and Xbox, so there was never really much chance of me being overly taken with the look of the Wildcat. In saying that, I’m much happier with its appearance in person that when I’d seen photos, largely thanks to the aforementioned decision to forgo the garish rubber grips.

Without those, the Wildcat sports a black matte finish that’s very similar to the standard Xbox One controller. There’s subtle black-on-black Razer branding on the right side that manages to look quite sleek, and the overall look is actually quite classy—in a muted, low-key way, rather than the shiny and chrome approach of the Elite.

The ABXY face buttons retain their standard green/red/blue/yellow colouring, but the whole buttons are now coloured, and they’re a slightly lighter than the Xbox One default. The extra thumbstick grips add a bolder dash of green, should you choose to use them, but it’s a nice point of contrast without being as overbearing as the palm grips.

Comfort is where the the Razer Wildcat shines, and has become my go-to Xbox One controller purely for this reason. At 260 grams, it’s just slightly lighter than the standard Xbox One controller, and significantly lighter than the hefty Elite. Aside from the d-pad, the buttons all feel very light, with short travel distances and a minimum of effort required to activate them. All this amounts to a controller that I could use for hours on end, while I’d be lucky to get an hour out of the standard Xbox One pad before my hands started cramping up.

The four extra buttons—the two removable triggers and two non-removable bumpers—are well-placed and easy to reach, sitting where your fingers would normally rest anyway. Hair-trigger locks greatly reduce the travel distance of the regular triggers, making them far less straining on the fingers in games where you don’t need the full analogue control, and especially in games where you can expect to be using them frequently and in rapid bursts, like shooters.

The one weird inconsistency is the d-pad, which, compared to the rest of the buttons, feels stiff and unwieldy. It’s actually made up of four individual buttons, rather than a single unit that rolls back and forth, which is fine for games where you’ll only use them occasionally, but it essentially renders the d-pad useless for any games where you might want to use it for movement, like fighting games and platformers.

If comfort is the Wildcat’s best quality, performance is a close second, and for a lot of the same reasons. The lightness that makes the buttons gentle on the finger muscles also makes them incredibly responsive and reliable, and this is true of the thumbsticks as well, which move easily and quickly in their sockets. Aside from the d-pad, the Wildcat has some of  the best buttons I’ve seen on a gamepad.

Much of this controller’s power lies in its four extra shoulder buttons, though, which can be mapped to any other button on the device. The best part is that remapping them is decidedly quick and easy, to the point that it’s quite plausible to just change their bindings on the fly, as the situation requires—even in the middle of a match.

The trade-off here is that, unlike the Elite, those four extra buttons are the only ones that you can change; A will forever by A, RT will forever be RT, and so on. While it’s nice to have full remapping capability, especially when there’s an accessibility consideration, it’s not something that I imagine a lot of people use. For me, the greater comfort of the Wildcat far outweighs the customisability of the Elite.

This will be particularly true of first-person shooter players, at whom the Wildcat is quite obviously targeted. The Elite comes with paddles, which I understand are favoured by racing game players, and the concave d-pad that’s a dream for playing fighting games. The Wildcat offers nothing of the sort, and the individual directional buttons are quite obviously designed with the likes of weapon and grenade selection in mind.

That said, the increased comfort and responsiveness makes it a great all-round pad, and I’ve used it to play everything from platformers to racing games without issue. I just wouldn’t call it a high-performance, esports-ready controller for anything other than shooters.

The Razer Wildcat is a great gamepad, and easily the most comfortable Xbox One controller I’ve used. The fact that it comes in at the same price as the Xbox One Elite Controller, which boasts a much wider set of features, might be a point of contention. However, for my money, the comfort and usability of the Wildcat far outweighs the versatility of the Elite, and it’s become my controller of choice for Xbox One.