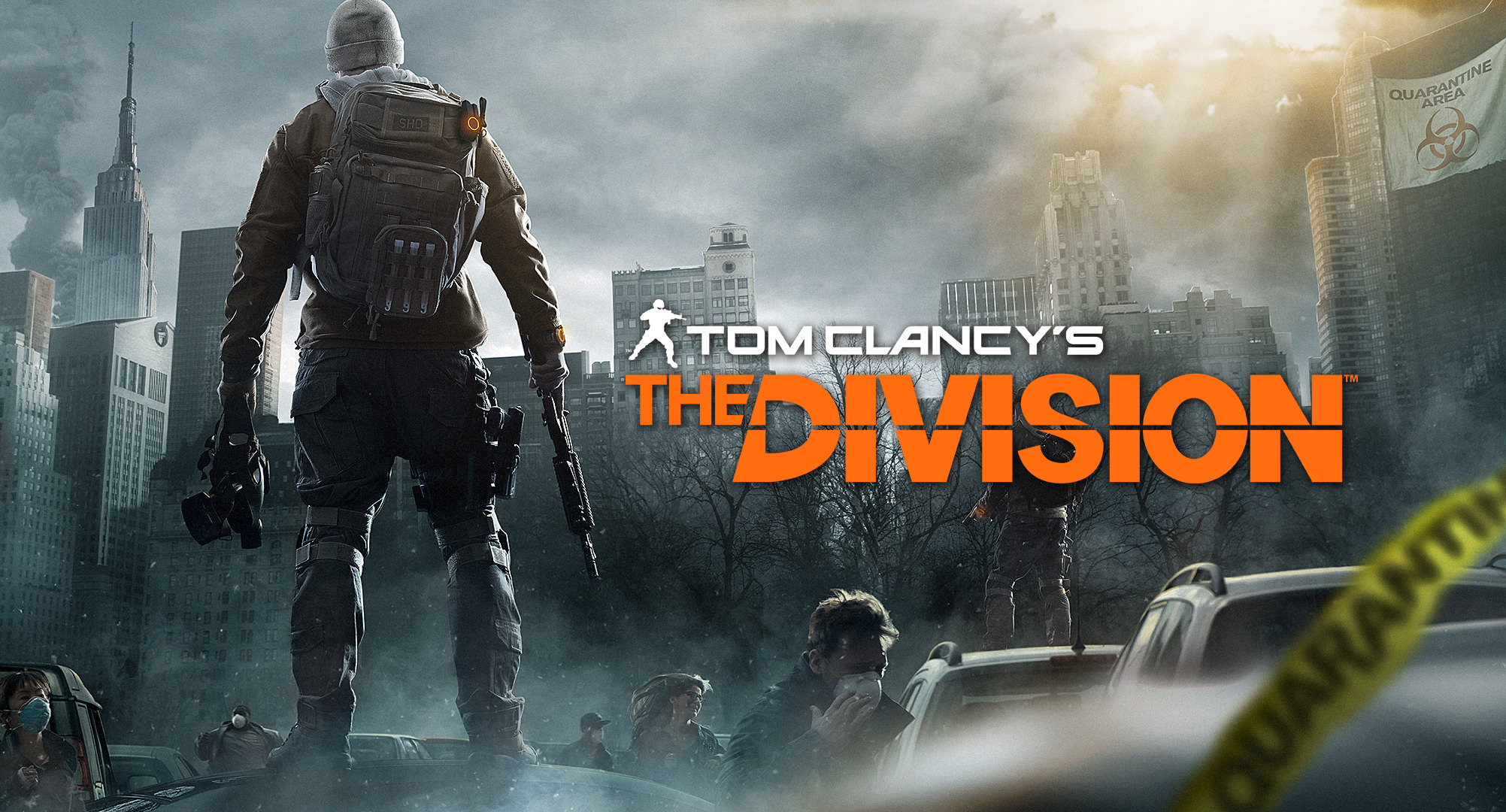 Tom Clancy’s The Division was developed byMassive. It is set in the New York borough of Manhattan, after an outbreak of a deadly illness that killed a huge amount of the population and sent the area into lockdown. Factions arose from the chaos and the Joint Task Force attempt to quell the lawlessness. Players are agents of The Division, a top-secret branch of agents, who live among the population until they are activated for duty.

From the very beginning The Division has been compared to Destiny, and in a lot of ways it’s developers have not done a lot to dispel some of this. They have taken a lot of different gameplay mechanics from Destiny. More importantly, they have tried to improve upon them, while Destiny fans were left feeling that Bungie was picking and choosing when to listen to their complaints and requests. Initially, what I was most impressed by was the fact that players’ “vanity items” were not tied to their defence stats. Something that many Destiny fans have longed for.

Another obvious parallel that can be drawn between the games is the “endgame” concept. What I mean by this is that players must reach a the max level, which in The Division is currently thirty. Once players reach max level the game itself changes. The focus moves from gaining experience points to obtaining the best weapons and armour which have a points system attached to them – in The Division this is GearScore. For anyone that has never played a game that follows this system, they may even hear fans say that “you can’t really do anything until you reach max level.” Is this true? Sort of. For players that place and lot of emphasis and enjoyment on the raiding events in the game, or on the search for the best gear they can have, it is true that they can’t really do those things until they have maxed out a character. It is a design mechanic that appeals to the hardcore fans who will play every day as long as there is something for them to strive towards. At its essence, The Division really is primarily a game based around loot.

There are a few different currencies in The Division but, to be honest, you won’t need to really worry about those until you reach level thirty anyway. They are mostly to buy high-end gear/blueprints and until you reach max level, you will be constantly changing weapons as you level up. One feature that I do think has been overlooked in the game is the complete lack of a lock on weapons and gear. If you are crafting a lot of gear or weapons in the hopes of one of them being decent (which you will be) it is too easy to accidentally dismantle one of your important ones. Considering how rare really good weapons are there really should be some kind of safety in place for this.

The Division is a game that is going to see a lot of updates attempting to fix perceived imbalances in the game. This means that the gameplay can easily change after one patch. This ever-evolving model really appeals to me as a gamer as it keeps the game fresh over time.

The 1.1 update promises to fix some of the issues that The Division is having with balancing some of the gameplay mechanics. Before the update, the game had been too heavily focused on players scavenging materials and crafting new weapons and armour from them. The update changes this by having high level named characters drop high-end items on death, along with other some other fixes in the update. Controversially, the patch notes stated that crafting conversion rates will go up – which many fans have openly complained that this favours the hardcore players over those who play casually.

The Dark Zone is the PvP area of the game, that also includes NPC mobs of the various factions, which often fight amongst themselves. Gear from the Dark Zone can be a lot better than the regular gear found in the rest of Manhattan, but players need to extract it via helicopter so it can be decontaminated. In my review of the Beta I said that I thought the Dark Zone wouldn’t be all that enjoyable without friends to play with and, unfortunately, I was right. The Beta also seemed to inflate the actual amount of players that would be in the Dark Zone, at least in my experience. This means that we didn’t feel the full wrath of the mobs during the beta and I found out the hard way that trying to extract gear from the Dark Zone completely alone can be really difficult. Calling in a helicopter to an extraction point is the equivalent of drawing a target on your forehead. Since it is a PvP area players can “go rogue” and kill other players. Wandering around I found myself avoiding drawing the attention of other players where possible as they tended to gang up on anyone travelling alone. Although I loved the concept of the Dark Zone I felt like I wasn’t really experiencing it as it was intended. This stems from a combination of a lack of a group to play it with and a lack of high end (level 30) gear.

The Division is a beautiful game. Wandering the almost empty streets of Manhattan is eerie is it’s own right. Doing it in the depths of winter adds an entirely new flavour of bleakness to the game, which is especially apt considering that the pandemic started just before Christmas. Part of what makes the game so beautiful is the fact that it is also such a realistic rendering of Manhattan. Every single street, room and subway is painstakingly detailed, so that it tells it’s own story. The snow adds drama and, at night the bare streets and lack of lit up windows really strike home the ominous story that the game is telling.

I am a big fan of the UI in The Division. The colours are simple, the orange contrasts well against the grey/blue undertone of the city. The HUD hangs beside your character, displaying all the necessary information without taking up too much of the screen. The menu deals with a lot of information if you really have a look around in it. The Division has handled this well, though, all the information is easy to read and the hierarchy is clear. Choosing to have an in-game overlay of the navigation line as well as it appearing on the mini-map was a little risky; usually, it is one or the other. But I do think it works well in this instance, seeing as the character is relying on so much technology within the game, having an in-game augmented reality feature like that adds to the narrative. Having the street names hang in mid-air adds

The music in The Division is subtle, and I didn’t tend to notice it much when I was wandering around the city. The “fight music” is the only music I really noticed – it’s an electronic beat that, funnily enough, reminded me of the fight music in the Crota’s End Destiny Raid.

One thing I definitely did notice was a somewhat uncomfortable, Skyrim-esque in-game repeating of one phrase over and over. During fights, I would often hear NPCs shouting “they are picking the bones of the city.” It got old very quickly, simply because I would hear it multiple times during one fight alone.

The Division doesn’t follow a set narrative, players wander about finding conversations, reading files and watching videos of individual citizens’ time in the city at various points throughout the pandemic. “Echos” actually allow players to reconstruct a moment in time and listen directly to what was said while certain events were happening. I like this approach to storytelling. The interactive aspect of having the player find the pieces of the narrative themselves make it engaging. It gives the game life and creates empathy for the citizens wandering the streets while still allowing the players to create their own narrative along the way. The order in which you do things, whether you do them within a group or alone, even what weapons you use, are all facets that make up the individual story that your character is the lead in.

The factions found in the game have some interesting background stories that make them fascinating in their own right. They also help to add depth to the story and give it an, even more, sinister edge.

This was a lengthy review that honestly didn’t touch on everything that I wanted it to. The Division is a complex game with a lot to offer players. Sometimes its complexity can be its own worst enemy as we can now sew while the developers attempt to balance certain gameplay mechanics. Like its fantasy counterpart Destiny, The Division is likely to see many patches that change how the game is played.