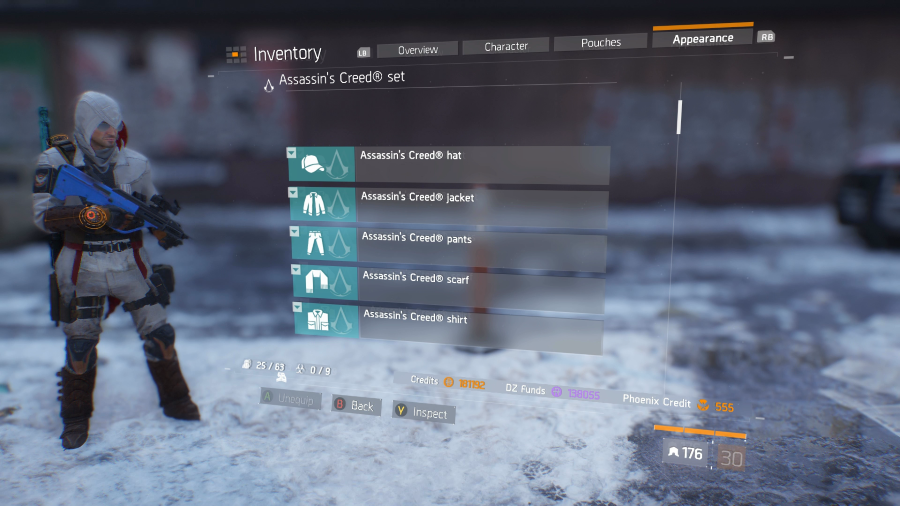 The Division is loaded with customization, and it may get even bigger if these special character outfits are to be believed.

A Reddit user named Wooleyful posted several images of character outfits from other Ubisoft properties. Assassin’s Creed, Splinter Cell and Watchdogs are all listed and they seem authentic. My personal favourite is the Assassin’s Creed Ezio outfit. They seem authentic as the character’s position and stance are the same as it is in-game, and he doesn’t appear superimposed or photoshopped. Hopefully, these pan out and make their way into the game, but we’ve reached out to Ubisoft for clarification and will let you know what we hear.

Which one is your favourite? Let us know in the comments!