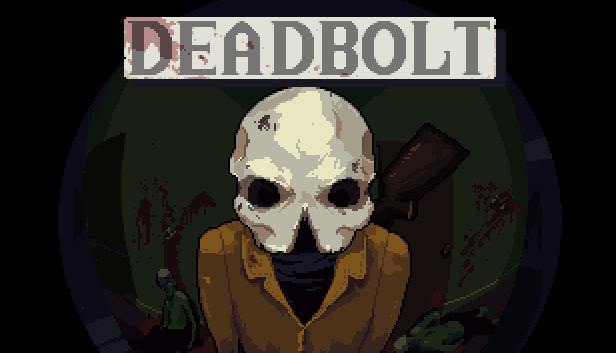 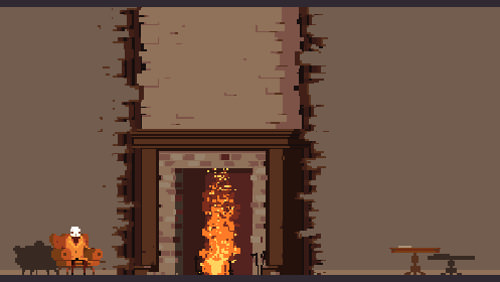 When we think of the Grim Reaper we imagine a tall, black robed figure with a sickle. The developers of Deadbolt, Hopoo Games, imagined him quite differently; sporting a modern jacket and armed with an array of weapons from hammers to SMGs. He’s a contract killer guided only by a mysterious voice coming from his fireplace.

It doesn’t allow for mistakes. It’s tough; don’t be fooled by the first few levels.  Ammo is scarce, and enemies are plentiful. The game is set in the underworld where green-skinned zombies are the drug pushing gangsters. These aren’t George A. Romero’s zombies, they’re tactical, alert and they have a damn good shot. There are also gravity defying vampires and skeletons that just won’t die. It’s best to be stealthy but always ready for action. Your aim has to be perfect because you might not get the chance to take a second shot. When you do fire kill an enemy any other enemy on screen at that time will come searching. There are no checkpoints, so you have to try and steer clear of trouble and remain unseen. Have I mentioned that the reaper can become smoke and sneak through water pipes and air-vents? It’s a pretty great way of sneaking around buildings but not great for escapes. You can also interact with the environment to distract the enemies; knocking on doors, turning on and off lights, etc. 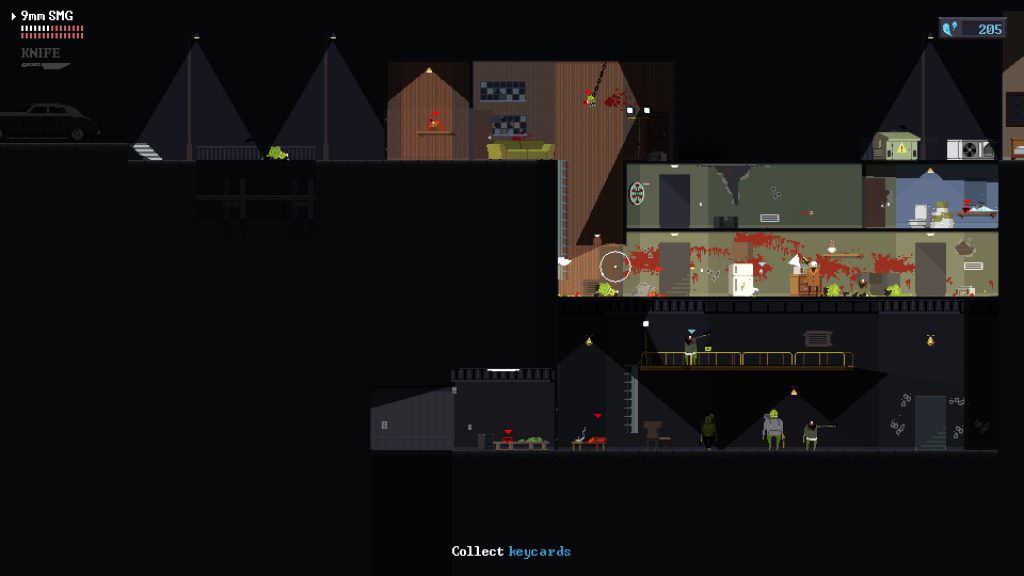 Aiming your shots with a mouse pointer requires extreme precision, you have to use intuition to line up your shot. Because of this, popping headshots are so much more satisfying.

Even though the game is difficult, I never lost my patience with it. Getting through difficult levels requires trial and error. The more you fail at a level, (and believe me, you will fail many times) the more you want to beat it. This is especially true of the boss levels. I’ve died more times playing Deadbolt than I have in my entire time playing the Dark Souls trilogy.

Aside from the gameplay being amazing, the sprite artwork is beautifully stylish and the music, by Greek composer Chris Christodoulou, is intense and atmospheric. If Jim Jarmusch made videogames they would look and sound like Deadbolt. It really stands out from the mass of 2D indie games being released on steam.