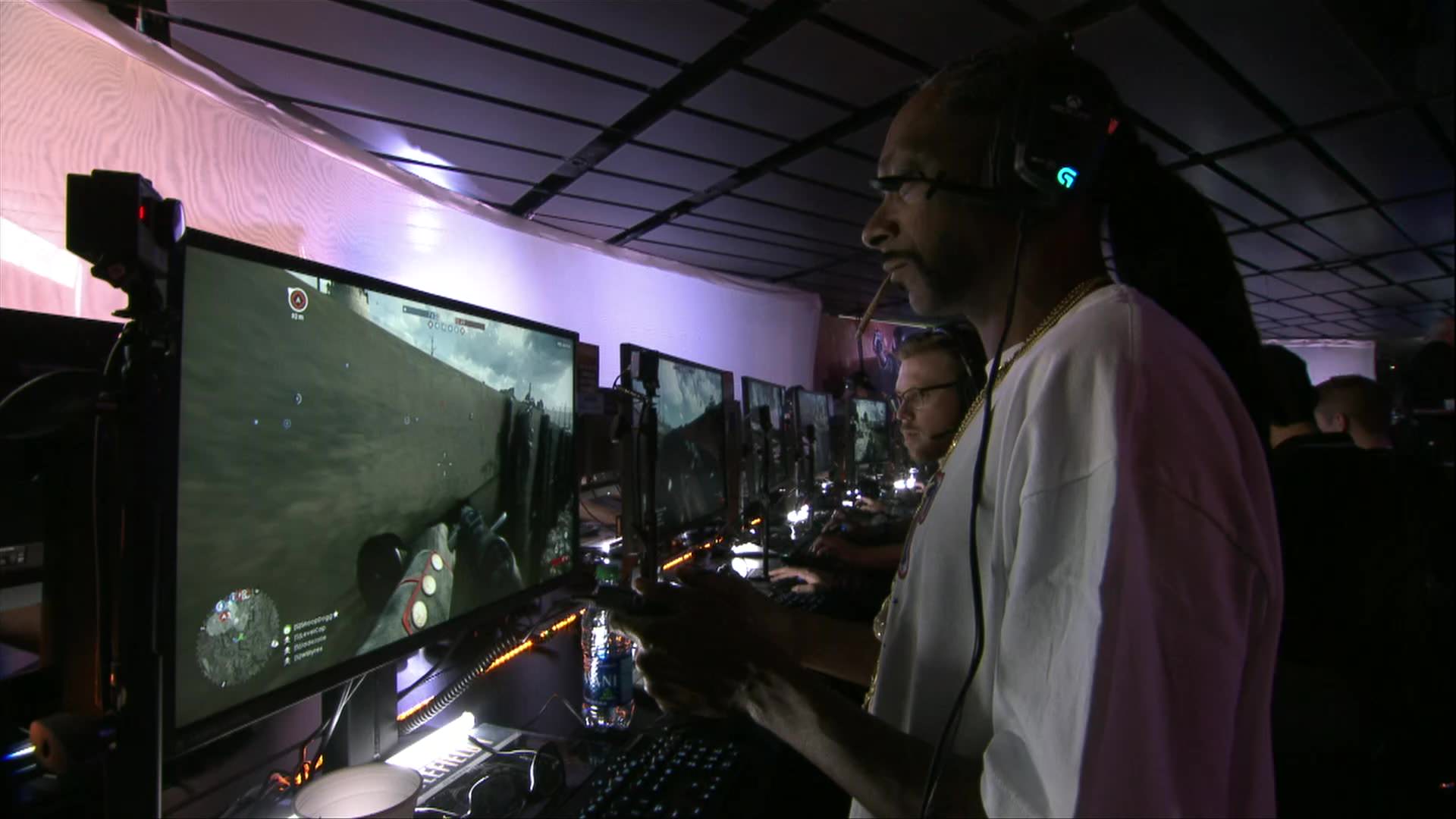 EA is finally letting us see some live gameplay from Battlefield 1 from it’s E3 live stream, and the company brought out a variety of celebrities to get us hype to watch the game. I’m going to put this delicately: It seems as if Zac Efron and Jaime Foxx were very, very high.

“It’s a little cloudy in the building!” host José Sanchez remarked as both movie stars looked at the camera like a couple that had just been caught making out by their parents.

Foxx then remarked the two things he is taking into battle is “courage and hempf.” I am not sure what hempf is.

They also weren’t the only people who seemed to be enjoying the party. Snoop was likewise apparently blazed af.

The smell of pot wafts through the EA press conference theater.