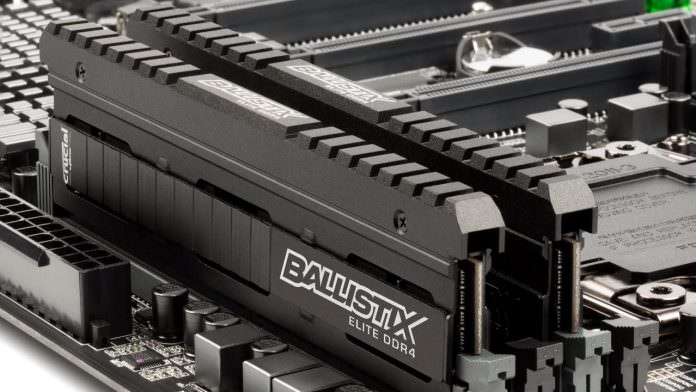 As gamers, we are always on the lookout for better hardware to achieve that edge in gaming. Faster, bigger and better but without breaking the bank. DDR4 memory has become much more affordable in the recent years, meaning a lot more people can make the switch. I was never to pushed to move to DDR4 when it first began appearing on the shelves, but once I upgraded to the new 6th generation i7 4.0 GHz along with an 1151 motherboard I was forced to make the switch. Due to the prices at the time, I got 8GB (2 x 4GB) but it was enough to notice a difference. I was previously using 16GB Corsair Vengence DDR3 so I expected to see a dip in performance, however, this never happened.

The biggest change was when I was running a resource-demanding game, everything loads much faster. I still play Skyrim from time to time and there is a significant difference in the loading speeds. The Witcher 3 runs much smoother as well, an intense battle could force my framerate to drop to 7fps at times, this is mostly down to my graphics settings but after testing it with the DDR4 kit I can see a massive improvement.

Straight off the bat, you can appreciate the look of the modules. The gun-metal grey heat-spreaders are sure to look the part in any build. The top clearly resembles the rail of an AR15 which furthers the look. Ballistix have really gone all out to make the modules look “Elite”.

The changes from the DDR3 modules are pretty obvious. The biggest change is that the heat spreaders losing the tall fins. There are many reasons why this is done and many more reasons why it’s good. The one I’m going to talk about is space. Newer motherboards are very space-orientated. In most of the DDR4 motherboards we have seen, the ram sockets have moved closer to the CPU. This means if you plan on using an air-assisted cooler such as the be quiet! Shadow Rock TF2 you need to have RAM that will fit.

I once saw a guy solve this issue by pulling the heat-spreaders off the Corsair Vengeance RAM that was being used. Not only did this result in the higher temps but it meant that the extra money he paid for the better ram was wasted as he was now using “generic modules”.

The new low-profile look also helps with airflow in the case. The DDR3 version of the Ram acted like mini windbreakers, which meant the RAM stayed cool but that the airflow was weaker and dust collected rather quickly in the fins.

Here’s a quick recap of the best speeds/timing combinations we were able to get to for our tests.

The Crucial Ballistix Elite is recommended for anyone in the market for a DDR4 Memory Kit with solid overclocking potential!