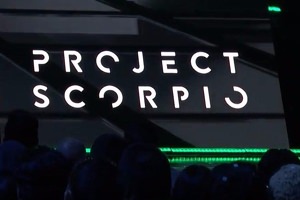 It seems that Phil Spencer was telling the truth when he said that “No-one will be left behind”,  after he announced Microsofts new console.

Aaron Greenberg, who is Head of Xbox Game Marketing said on Twitter “Great thing is with Project Scorpio as part of #XboxOne family all your games will work, no Scorpio exclusives, so no one gets left behind,”.

While this is good news for Xbox one owners, you can’t help but feel that you won’t be getting to see the full potential of the new hardware.

Project Scorpio will be released during Holiday 2017 and according to Microsoft; it will be the most powerful console ever built. It’ll  have six teraflops of GPU power, eight CPU cores, and over 320GB/s of memory bandwidth. It will also support 4K gaming.  The Xbox one has a mere 1.31 teraflops of GPU power, so its a very significant increase for the Scorpio.

We’ll just have to wait and see what Sony’s response is and more importantly, what the specs of the NEO are . [su_youtube url=”https://youtu.be/F1dRgWpGePs”]