With just over a week since the doors opened in Los Angeles to over 50,000 people, it’s time to look back at this year’s Electronic Entertainment Expo (E3) and try figure out how much does E3 really cost?

Running since 1995, the show has been the main stage for the biggest news stories in gaming and has been a staple for most developers, distributors and publishers but as the years go on the show appears to hold less and less relevance to the companies participating in the show. 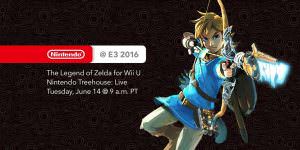 This year has seen a significant drop in attendance by some of the larger companies in the industry, seeing EA, Activision, Wargaming, and Disney Interactive all pull out of the show. This follows on from the departure of Nintendo’s live stage show in 2013 in favour of their prerecorded “Nintendo Direct” event.

But what does a company really get out of paying untold sums of money for a booth at E3? Is there really that much to be gained by having a physical presence on the show floor or investing hundreds of thousands of dollars (if not millions?!) in holding a live press conference?

With Disney moving away from publishing  and Activision leaving it up to Sony to host the announcement of its next Call of Duty title: “Infinite Warfare” (an on the nose title from Infinity Ward). EA’s approach seems to make the most sense, from a business perspective that is. As the men in suits say: What’s the return on investment in attending a show like this? 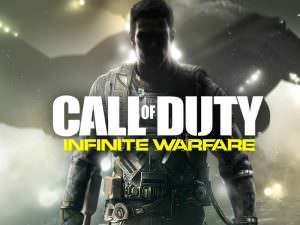 Like I said, it costs a lot to exhibit at E3, let’s do some rough maths and figure out just how much some of these companies are attending:

A quick scan online shows the cheapest flights from San Francisco Airport (EA’s neighbouring airport from their home in Redwood, California) to LA is €123 with American Airlines, per person, round trip, no bags and no frills. Ballpark figure here, let’s say someone like EA needs 24 people to run the booth (it also makes some of the maths easier). I’m no expert but it’s just a rough guess for all staff, front facing, behind the scenes, logistics, etc and I’m sad to say… booth babes.

That makes €2952 already and that’s only getting the crew there, never mind bringing the top brass who I imagine aren’t exactly chomping at the bit to travel amongst the plebs in economy so we’ll leave them to do their own thing.

Next is accommodation for those 24 brave souls ready to face the onslaught that is E3. Let’s give them some luxury but not too much, this is (hypothetical) EA after all.

Two to a room, 3-star hotel, breakfast included, about 5km from the convention centre. Another search online runs the bill at roughly €500 per room for 5 days. So that makes €6000 just to home the boots on the ground staff.

Take that figure with a sizable grain of salt. That doesn’t factor in actual E3-time hotel prices or group rates for hotel bookings in LA at the time of E3 (there aren’t any rooms left to check the price).

So 6 taxis, 2 trips a day for every day of E3 would cost about $468 or roughly €420 (as of 03/06/16). Again, this price could vary during a busy period such as E3, you know how taxi drivers can be, or this price could be completely different with Uber or Lyft, the US equivalents of Halo.

According to Martin Kessler, booth staff are paid between $15-20 an hour which in our hypothetical case will cost $420 (at $17.50) every hour to have all 24 staff working.

The average E3 show day runs between 6-8 hours but having worked at various trade shows myself, you tend to be on location many hours before the doors open and many hours after. But with 24 bodies to throw at a problem like E3 it’s easy to imagine that each person will only be working about 8 hours each (still definitely nothing to sneeze at).

Let’s add $1000 (€896) or for food during the 5 days for everyone as the average inexpensive meal in LA trends towards $15. (LINK: ) (Don’t forget, breakfast is already covered by the hotel! Because we’re frugal/like our employees).

Just before we look at the real cost of the show let’s look at our running costs so far:

Transport to the convention centre €420

Ok, now for the show floor, this is where the real money is spent. Using the very scientific method of comparing official E3 show floor maps  to floor plans of the LA Convention Centre and using a ruler and calculator, I’ve guestimated that last year’s EA booth was roughly 22,000 square feet in size. Which is the equivalent to one-third the size of a football field, the convention centre’s South Hall is by comparison 346,890 square foot. 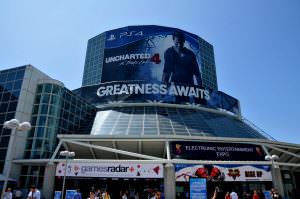 In an interview with Engadget, Semiformal Studios Director Ian Kinsey explains how their 600 square foot booth space cost them $30,000. If we compare that with our estimated booth size for EA, that’s going to cost a whopping $1.1 million dollars (or about €900,000) and that’s only for the right to use the space.

In that very same interview Kinsley also talks about how they also had to pay $15,000 (€13,256) for labour and related fees to GES, the management company that runs the show itself. That was the fee for a booth that was miniscule in comparison so it’s safe to assume that a company such as EA’s costs would run much higher. So this one is a stab in the dark at $60,000 (€53,024).

Last but by all means not least, it’s time for the physical booth itself. In the interview with Engadget Kinsley stressed that they tried to keep costs as low as they could and received quotes for their booth ranging from $80,000 – $250,000. They opted to approach a local prop maker to create the set for them.

So what is the “return on investment” for companies that do decide to attend E3 and show their wears? Is it something to please shareholders? With E3 comes the opportunity of coverage from the much coveted “mainstream” news outlets that they seem to crave so much?

Has attendance at E3 become nothing more than a thin of status? Available to only those with the cash to afford? This year sees the return of SEGA, a company whose fiscal problems and restructuring forced them to pull out of last year’s show. Will this be their triumphant return?

Does attendance really contribute to the sales of games or does a simple press release and PR campaign do just as much? In a week with nothing but games news, how does one publisher or developer make sure it rises above the rest of the noise and reach the players? 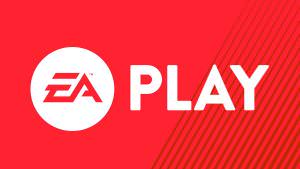 Not to forget however, the show provides the opportunity to meet face to face with over 52,000 journalists, analysts, retailers, influencers and video game professionals and E3’s own official stream on Twitch receives more than 21 million viewers, not to mention the viewers that tune in via news outlets that have their own streams in place.

It’s no wonder that EA opted to hold it’s own “fan-focused” event EA Play between the 13th and 14th. It also held its own press conference on Sunday the 12th before E3 started in earnest and the glut of other news drowned them out.

Don’t get me wrong, I love being treated to the smorgasbord of news that the show brings but I wouldn’t bet on E3 being around in the form it’s currently in for too much longer.