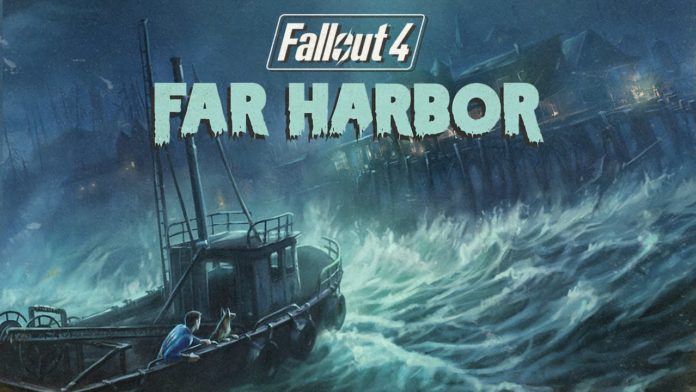 Over the years the Fallout 4 series has seen some really great DLCs, so Far Harbour has a lot to live up to. The story starts in the Commonwealth of the base Fallout 4 game before leading players to Far Harbour island. Make sure to stock up on Rad-X or bring a suit of power armour because Far Harbour is one of the most heavily irradiated areas in the game (apart from the Glowing Sea, that is). 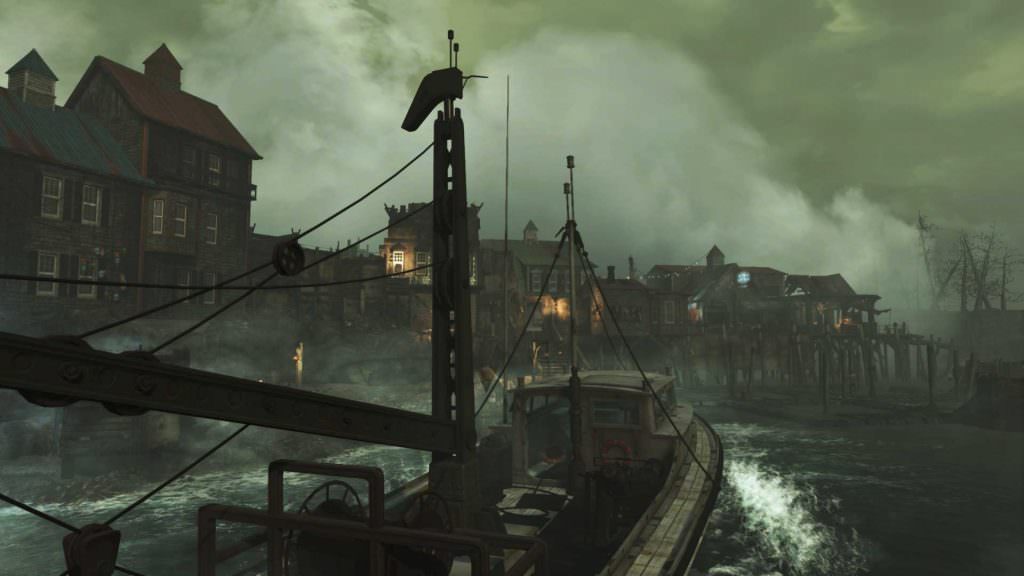 In my opinion Far Harbour was decidedly more creepy than any other Fallout game or DLC I have played. The island’s landscape is almost idyllic by day. At night, the combination of dense fog and almost complete lack of lighting left me open to some jump scares. It didn’t help that one of the new monsters masquerades itself as one of the local plants, ambushing players. It is obvious that the majority of the land on the island has been abandoned long ago. Along the coasts, there are a disturbing amount of wrecked ships jutting out from the beaches and floating out in the sea. I noticed that venturing around with a headlamp on gives the brine a supernatural-looking glow as it breaks on the shore. Small details like this add even further to the ghostly atmosphere of the island.

I found myself struggling with the first few encounters, as the new marine based enemies were more powerful than I originally suspected. This kept me on my toes as I ventured around the island initially. Far Harbour is laden with pockets of abandoned radioactive waste.  The island’s radiation can potentially be challenging if players are not adequately prepared. Having a lot of Rad-X and Rad Away is a must if you don’t have natural resistance or power armour. Far Harbour offers a lot of DLC specific, nautical themed loot for players to bring back to the Commonwealth. The DLC gives players the chance to acquire armour similar to a 19th-century diving suit that allows them to breathe under water. We also see some awesome looking marine combat armour that is second only to power armour in terms of both its ballistic damage and energy resistance. In general, any new equipment introduced in Far Harbour is on the higher end of the damage/protection scale compared to the typical loot found in the Commonwealth.

Something that almost broke my immersion were the quests calling me back to the Commonwealth to defend settlements. My aim for Far Harbour was to finish all the quests before returning with my loot haul. Having Commonwealth quests niggling at me was annoying even if it does tie into the overall idea that the player is the protector of the common folk. Interestingly, Far Harbour allowed the developers to get creative with Fallout 4’s game mechanics. One of the main quest lines in the DLC plunges the player into a Portal/Minecraft hybrid puzzle. It is solved by building using the workshop function, which is clever and very different from any other quests in the game so far. I thought this was a very innovative way to use the workshop function in the game. 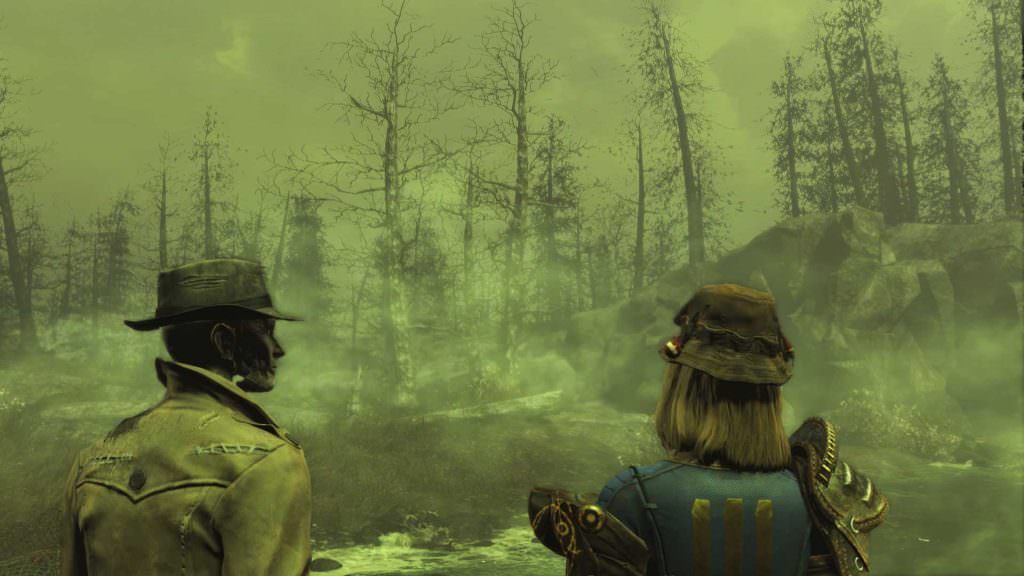 A dense fog of radiation covers the island and it also functions as a key plot point for many of the quests. Far Harbour’s main questline sees the introduction of a new travelling companion called Longfellow. I think it’s important to note here that it makes sense to bring Nick Valentine as your companion initially. Nick is familiar with some of the characters in the story and can add to some of the conversations. Ultimately it doesn’t matter who you bring, or even if you go alone. The starting quest was written with Nick in mind though therefore bringing him adds to the experience.

Far Harbour’s main quest works to have the player expose the mysterious history of the island.  It also allows players to properly interact with the Children of Atom faction for the first time. A faction previously introduced in the base Fallout 4 game; The Children of Atom on the island are especially militant. It becomes apparent that there is a lot of hostility and bloodshed between them and the people of Far Harbour. I won’t divulge much more of the story as such a huge amount of it is centered around player discovery.

I enjoyed the quest lines for the DLC immensely. I thought the factions were compelling and there was a lot of character development. The dialogue was well written but I did take issue with the voice acting in parts. At times it seemed to me that the main character’s voice acting seemed to be verging on hammy in parts. I have always been against voice acting for the Sole Survivor and this helped to cement my stance on the subject. I found myself contemplating if my experience would be better on PC with a mute player mod to remove the voice and show the full dialogue options. 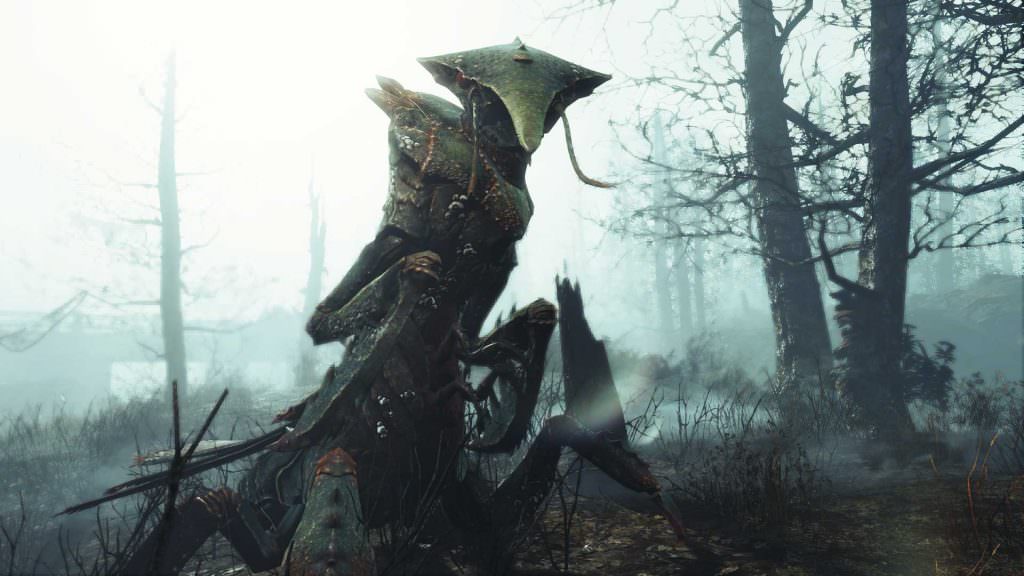 I chose to keep the radio off for almost all of my playthrough of Far Harbour because the music was so interesting. Wandering through the fog with the mysterious and alluring background music only really adds to the feeling of danger. The soundtrack is very atmospheric and works to set the tone for each area of the game. Most notably in The Nucleus, home of the Children of Atom.  Hymns reverberate around the building as players investigate The Nucleus. The enchanting sounds of the hymns work to offset the militant ways of the Children.  It definitely helped make exploring The Nucleus a striking experience. 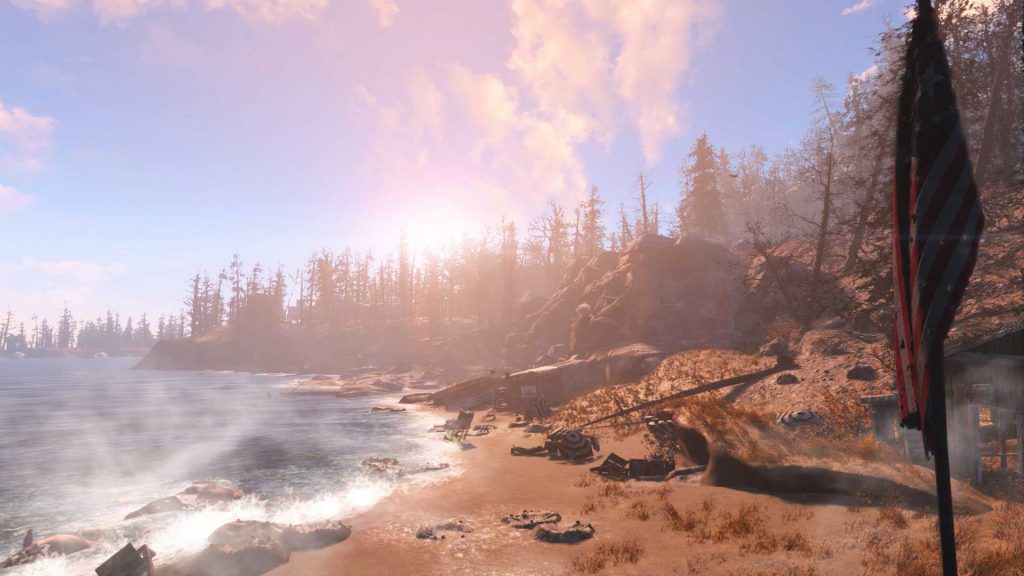 Far Harbour is a self contained experience that made me want to see all its quests through to the end. The characters and the island itself are well thought out and interesting to interact with. The history of the island along with its inhabitants created a strikingly unique experience for players from the very beginning.