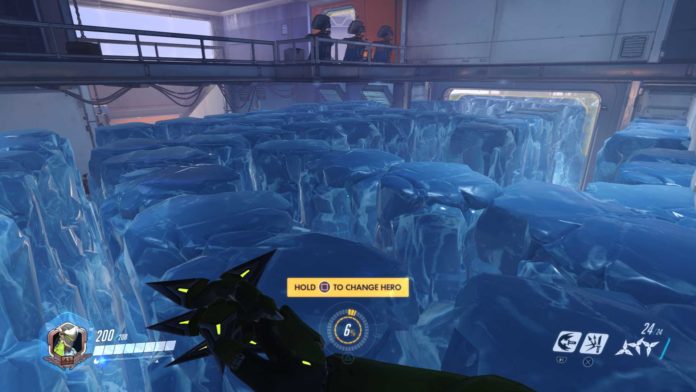 A glitch found in Overwatch has stirred gamers into a frenzy, as it has rendered the 3v3 mode on the Ecopoint: Antarctica map unplayable. The glitch, which utilises Mei’s Ice Wall skill, allows players to access otherwise inaccessible areas, from where they can attack their opponents through the walls but could not be hit back.

On 3v3 matches in Ecopoint: Antarctica, players who look to exploit the glitch with Mei head into a specific corner of the map, where they crouch and place an Ice Wall underneath them. The rising Ice Wall will propel the player into a place where players normally should not be able to go, allowing them to move into one of the supposedly inaccessible labs, on top of the ceiling, or if they are not careful, fall off the map.

The Overwatch community has largely frowned upon the glitch, with a massive number of threads discussing the exploit being created on the game’s official sub-Reddit. Most of the threads talk about how unfair the glitch is, especially on the fact that the usually responsive Overwatch development team has so far been silent on the issue. A patch was released for the game on Jan. 3, but even after installing it, the glitch was still present.

There are some threads that have spawned on ways to kill a Mei player who is abusing the glitch, with one of the methods being brought up is the ultimate skill of Hanzo that can supposedly go through the wall that Mei is hiding behind and kill her. However, it has been difficult for Hanzo players to build up their ultimate ability and kill the cheaters before the 3v3 match goes into a draw.

On the Overwatch forums, Game Director Jeff Kaplan clarifies that the glitch is considered an exploit and any players that abuse this will be banned. This is similar to how it handled a similar issue in July of last year. An in-game bug started causing the game’s servers to crash, and the Overwatch team started swinging the ban hammer against offending players. The continued support from the developers is one of the many reasons why Overwatch is one of the best multiplayer games of the year and shows that the players experience is just as important as the game itself.