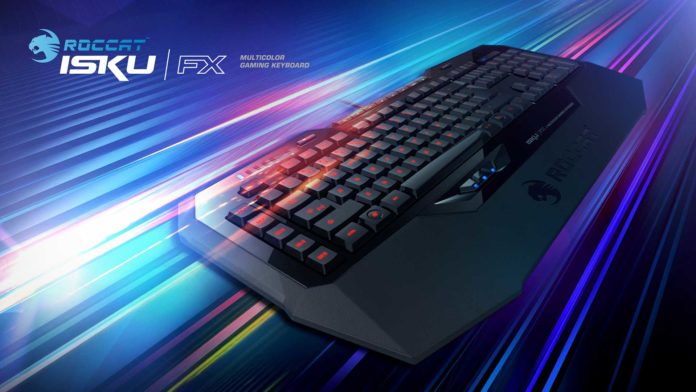 ROCCAT’s latest keyboard is something I have been wanted in keyboards for quite some time now! They have announced their keyboard with pressure sensitive QWEASD keys. This means that when playing games, the harder you press the keys the faster your character or object depending on what you are playing will move. Just like joysticks on console controllers.

I know personally when playing World of Tanks this would be amazing! When driving a tank if you release the key and press it again you drop a huge amount of speed, with pressure sensitive keys this would completely eliminate that. In RPG’s and MMO’s you could control have fast your character moves by just using the directional keys instead of having to use key combos to walk and sprint. With Q and E being pressure sensitive as well this means leaning in FPS games can now be controlled to how much lean you want to perform around that corner where you know a sniper is lying in wait for you! This will even mean that racing games can be used on the PC without the need for a controller or steering wheel setup as this will allow for throttle control.

I have not heard of many companies doing pressure sensitive keyboards so I am hoping this will take off and more companies will get behind this concept. The Isku+ Force FX allows this to be switched off. There are three modes on the keyboard. The first is just the standard keyboard functionality allowing you to use macros etc. The second mode activates the pressure sensitive keys and the final mode lets you assign three functions to a single key with the use of modifier keys such as shift. The lighting seems to be the same as most of their keyboards with 16.8 million colours and all keys will be lit the same colour.

The rest of the keys are all membrane so this won’t sit well with mechanical keyboard users but this will always be a problem with mechanical users. This keyboard will fit right in with certain gamers who prefer membrane over mechanical or have no preference for either. Returning to this keyboard is the easy shift key which removes the caps lock button and allows you to hold this key and press one of 20 keys that have a second function mapped to it using the swarm app. This means you can have extra features attached to your keys without having to press mad key combos. Also returning is the thumb keys which are three keys placed right under the spacebar for the thumbs to use. A feature which I have not used yet is also included on it which is Roccat talk. This allows you to use the easy shift key with your Roccat mouse to add extra functions to your mouse.

The new keyboard is set to hit the shops mid-January so there won’t be too much of a wait to get this keyboard. The price will be around €95 so it won’t break the bank either!