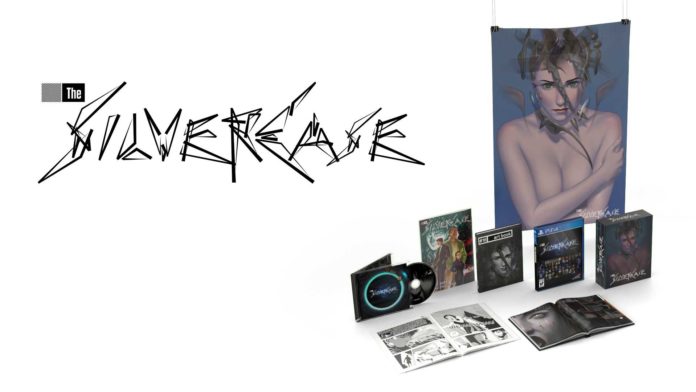 According to a tweet by NIS America, a limited edition of Suda51‘s (No More Heroes, Lollipop Chainsaw, Let It Die) remastered adventure visual novel, The Silver Case, is available for pre-order in the States. The Silver Case was Suda51’s debut game–though he was still going by his given name, Goichi Suda, when it was released. The Silver Case was originally released for the PS1 in 1999, and a remastered version re-released in Japan last year. In April, a localized version was made available for a digital re-release in the States and Europe for PS4 and Steam. The limited edition now available for pre-order includes a collector’s box, a physical copy of The Silver Case for PS4, a 40 page art book, soundtrack, poster, and 20 page manga. You can pre-order it on NISA’s site.

1999 – the “24 Wards.” A string of mysterious serial killings plagues the city. The detectives of the 24 Wards Heinous Crimes Unit have their eyes on one man: Kamui Uehara, legendary serial killer and assassin of a number of government officials 20 years prior in the now-famous “Silver Case.” However, nobody knows who—or what—Kamui really is. Has he really returned? Who is this infamous serial killer? As the player, you will take control of the protagonist—a member of the Special Forces Unit known as “Republic”—from a first-person perspective. Inspired by classic adventure and visual novel-style games, The Silver Case offers a fresh and unique gameplay experience as it leads the player through an in-depth story containing various puzzles, and uncovering the truth piece by piece. (Game description via NISA site.)